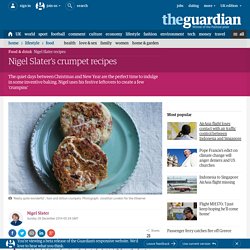 A time of making the best of what is left from the feast, a smorgasbord of pig’s ears turned into silk purses and bouts of gentle invention. It is also a time to play. Old Fashioned Whole Wheat Apple Pancakes. Apple Pie Pancakes. October 8, 2011 Apple Pie Pancakes by IsaChandra Serves 4 (makes 12 four-inch pancakes) Time: 30 minutes Maybe Vegan Pie In The Sky has me dreaming of pie for breakfast, lunch and dinner, but woman can not live on pie alone! 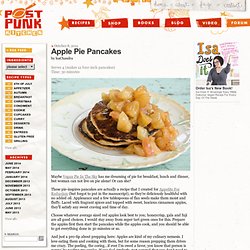 Or can she? These pie-inspires pancakes are actually a recipe that I created for Appetite For Reduction (but forgot to put in the manuscript), so they’re deliciously healthful with no added oil. Choose whatever average sized red apples look best to you; honeycrisp, gala and fuji are all good choices. And just a pro-tip about prepping here: Apples are kind of my culinary nemesis. For Apple Topping: 4 apples, peeled, diced into 1/2 inch pieces (about 1 1/4 pounds) 1/2 teaspoon ground cinnamon 1 cup apple juice 1 tablespoon organic cornstarch or arrowroot 1 1/2 tablespoons pure maple syrup Prepare the topping: Toss all topping ingredients in a medium (4 quart) pot, sprinkle on the cinnamon. 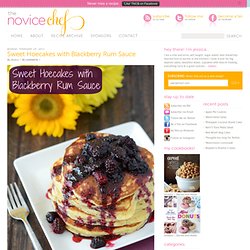 I made many recipes from the likes of Paula Deen to Alton Brown…but none of them were perfect. Cottage cheese pancakes. I bet I am not alone in this, but one of my favorite things is to find some odd ingredient in the fridge and try to figure out what I can make that will use it up that does not include, say, buying another ingredient that I will only half-use to do so. 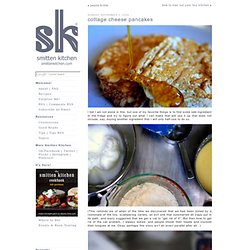 (This reminds me of when of the time we discovered that we had been joined by a roommate of the tiny, scampering variety, an evil one that outsmarted all traps put in its path, and many suggested that we get a cat to “get rid of it”. But then how to get rid of the cat problem, I always asked, and people shook their heads and clucked their tongues at me.

Okay, perhaps this story isn’t an exact parallel after all…) Among the many, many awesome things my apartment swap-ees left us in the fridge (Breton butter, cheese, homemade jam, oh, I’ll stop rubbing it in) they also left us stuff like cream cheese (which made for some wonderful frosting) and, well, a humble container of cottage cheese. 2 large egg whites. Food - Recipes : Ricotta hot cakes with plum compote. Cottage cheese pancakes. Cardamom Pancakes with Orange Blossom Syrup & Pistachios. Can you believe it’s March already? 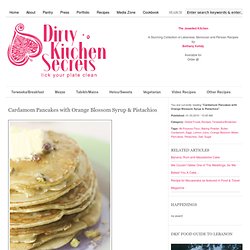 I woke up this morning completely unaware that we had stepped into a new month, till I received the news on Twitter (the source of most if not all my information these days)! Oh how I love March! March means the onset of spring even though it isn’t officially spring till March 20th also known as the Vernal Equinox. It’s a great month that signals a fresh start, longer days, the chirping of birds, the end of hibernation (for me) and that summer is soon to follow. And what does my heart and soul love more than spring? I now see the light at the end of the tunnel and I know I will be braving the beautiful outdoors once again! A reason to celebrate, no? P.S- The H2ope for Haiti fundraiser is still running and there are over 30 prizes up for grabs- some have not even been bid for.

Also, Qype London recently did an interview with me (Yup little moi and I didn’t have to drug them either! [printpost] Readers' recipe swap: pancakes. Like contributor Jenny Barrett, I rarely have room for more than lemon and sugar pancakes on Shrove Tuesday, but I could be tempted to add a few of these to my repertoire. 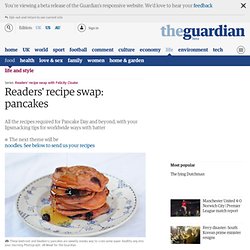 With boxty for breakfast, okonomiyaki for lunch, cheese blintzes for tea and then popiah followed by passionfruit pancakes for dinner, you've proved there's a fritter for every occasion. I lost my heart to Kate Hackworthy's striking pink blueberry numbers though; please don't be put off by the idea of beetroot for breakfast – the flavour melts into the background, which is more than you can say for the colour. They'll brighten up your morning no end. Beetroot blueberry pancakes These bright pink pancakes liven up the breakfast table and are a great way to get some veg in the morning.Kate Hackworthy, Newark, veggiedesserts.co.uk 1 Puree the beetroot with a stick blender and set aside. 2 In another bowl, whisk the egg, buttermilk and vanilla until frothy. 4 Heat a frying pan over a medium-high heat.