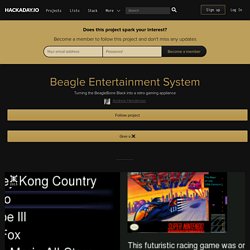 BES originally started as BeagleSNES, a class project for a graduate course in embedded system design that I took a few years ago. My goal was to turn the BeagleBoard-xM ARM-based SBC into a stand-alone Linux appliance that mimicked an SNES. I began by building the SNES9X emulator on that platform, but I quickly found out that the kernel was missing some things that I needed and the emulator's performance wasn't very good by default. I ended up hacking on the bootloader and kernel a lot, as well as spending dozens of hours profiling the emulator code and making various tweaks.

After a lot of research, many late nights, and a lot of swearing, BeagleSNES v0.1 escaped into the wild. These days, BeagleSNES is primarily used on the BeagleBone Black platform. BeagleSNES is actually only one portion of BES. BeagleSNES Guide. Overview. 31-5000 - G code user parameters. 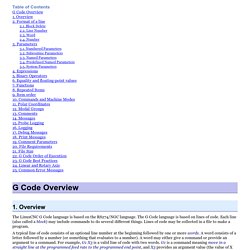 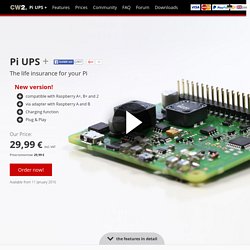 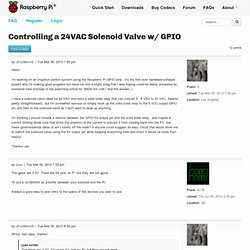 In my case I needed to extend the Pi for an additional 16 IO pins using an MCP23017 but the on-board GPIO pins work fine for this purpose too (I just needed more than 8). There are quite a few cheap relay boards on ebay and other places that have some degree of protection built in. Some are not much more than the cost of buying the components individually (retail). Most of the boards I've seen use the same 5v relays but not all of them have opto isolation, and some of them trigger on low signals not high. Opt for the opto isolated boards, I doubt you will find mass produced boards using 3.3v relays but the 5v boards I picked up are working fine with 3v3 signals. Whichever route you go, as others have already posted, you need some form of protection from the external circuit and all that goes along with it. Freeside Atlanta: Infinity Mirror Prototype build. For our art project for Alchemy this year, we plan to build a huge archway in the forest with a portal to hyperspace. 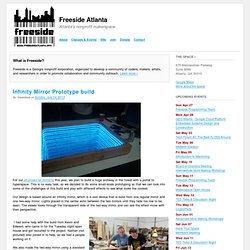 This is no easy task, so we decided to do some small-scale prototyping so that we can look into some of the challenges of this build and play with different effects to see what looks the coolest. Our design is based around an infinity mirror, which is a cool device that is build from one regular mirror and one two-way mirror. Peristaltic Liquid Pump with Silicone Tubing ID: 1150 - $24.95. Move fluid safely from here to there with this very nice little pump. 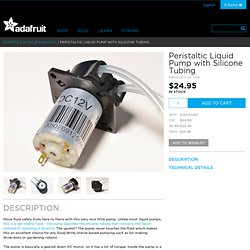 Unlike most liquid pumps, this is a peristaltic type - the pump squishes the silicone tubing that contains the liquid instead of impelling it directly. The upshot? The pump never touches the fluid which makes this an excellent choice for any food/drink/sterile based pumping such as for making drink-bots or gardening robots! The Aluminum Tiny House Project. Living room area cozy area! I added some comforts.. Made curtains, brought in a homemade rug and a couch and desk and pillows! There’s actually a nice amount of space. We’ve been giving short tours of the house to friends and so far we’ve fit like 6 people at once with plenty of space left for more!

Kitchen counter getting organized making some tea! Cozy bed loft! Theres about three feet from the bed to that center beam! BeBoPr Bridge · modmaker/BeBoPr Wiki. 2013-09-05 Added Major League connector part numbers. 2013-08-20 The board is now available as shared project at OSH Park. For details at the end of this page. 2013-08-11 The Revision 1 boards are now available. A bit smaller in size, larger pads for the wires, better readable legend.