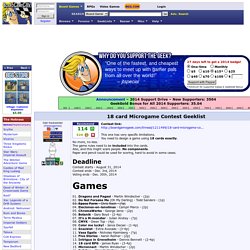 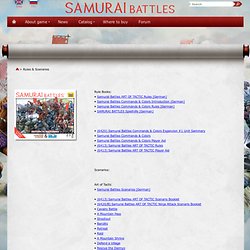 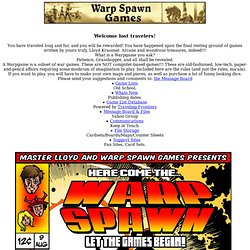 You have traveled long and far, and you will be rewarded! You have happened upon the final resting ground of games written by yours truly, Lloyd Krassner. Arcane and wondrous treasures, indeed!!! What is a Warpgame you ask? Patience, Grasshopper, and all shall be revealed. Oh, and by the way, Comrades, these games are copyrighted 1997+ by Lloyd Krassner, however, you may use the games for your own personal entertainment, not for sale, republishing, et hoc genus omne (Yada, yada, yada).

MeCCG.net - Welcome. Recent changes - VASSAL. Category:Modules - VASSAL. ALIENS the Board Game. Ausloos Design. Down in Flames Overview. On January sixth I met one of the Luftwaffe old-timers, one of the toughest pilots I’ve ever fought. Near Coblenz the group raced in a dive after fifteen Focke-Wulfs. Gabreski locked onto a Kraut’s tail and the German’s wingman came hard after Gabby. I saw him swinging in, turned hard, and made a head-on pass. The Focke-Wulf jerked up steeply to the right, turning away. I threw the Jug into a roll and went after him.

. - Excerpt from: Thunderbolt! Game Play in a nutshell... DiF is a game that has the feel and flavor of dogfighting in a simple to learn but hard to master card game format. B-17 Extras. Variants, Game Aids and Extras for B-17 Queen of the Skies -- These are all free -- made by fellow players of the game! 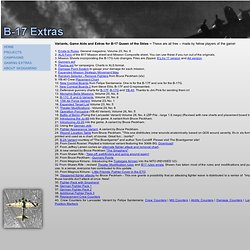 1. Errata to Rules: General magazine, Volume 20, No. 62. XLS Form of the B17 Mission sheet and Mission Composite sheet. You can use these if you run out of the originals.3. Lorcrayons' Workshop & Exhibit: Aliens. AVP Kickstarter Project So there is two weeks left on this kickstarter. 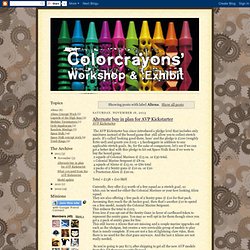 As of this post, there is roughly 160K BPS contributed to the fund. That said, for those of you wanting these models simply for use in Space Hulk maybe wondering what the hell you need in order to fulfill that goal. In order to ascertain this, several factors need to be taken into consideration. 1) The alien queen is rumored to be placed on a 120mm base, making it a model that likely won't make a good stand in for the genestealer brood lord model as has been suggested in the rethemed space hulk rulebook. As a decent compromise, the Praetorian Alien may be the best model to stand in for the broodlord.

The Thousand-Year Game Design Challenge. UPDATE: The submission period has closed and here are the entries. 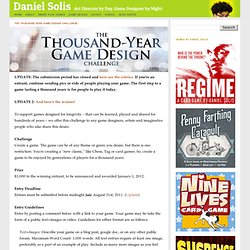 If you're an entrant, continue sending pics or vids of people playing your game. The first step to a game lasting a thousand years is for people to play it today. Enter the Labyrinth and Rescue the Princess - A Free Paper Game. This is a paper based game that one or two players can play. 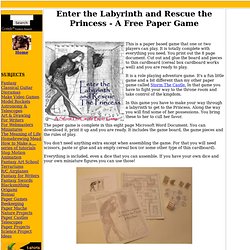 It is totally complete with everything you need. You print out the 8 page document. Cut out and glue the board and pieces to thin cardboard (cereal box cardboard works well) and you are ready to play. It is a role playing adventure game. The die is cast: SEARCH AND DESTROY. Pages This Blog Tuesday, 23 June 2009. 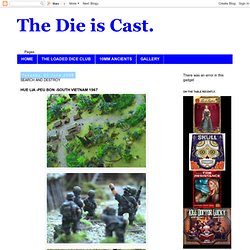 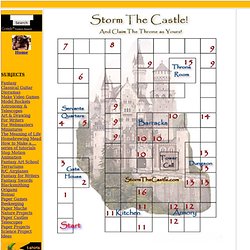 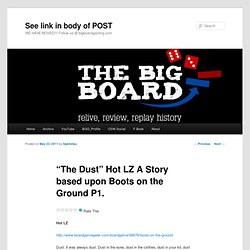 Archives. 2001 Gamers' Choice Awards Nominees Committee member Greg Aleknevicus says a little bit about each of the multi-player nominees. 2002 Gamers' Choice Awards Nominees The finalists for this years' awards in both the multi-player and two-player categories. 2002 Gamers' Choice Awards Winners. HeroClix Collectible Miniatures & Board Games by Wizkids/NECA. Hunters and Haunts: An Ancient Classic Board Game. Fantasy Flight Games [Forum Gears of War: The Board Game] - Leading publisher of board, card, and roleplaying games. WarEngine. White Dog Games. Articles. Simon Roy Prophet. V&V Files. Online - Army of Darkness Board Game. The Army of Darkness board game was put out in 1992 by a company called Leading Edge(now out of business), a company who made board games based movies. The game represents the battle at Arthur's castle at the end of the movie. The game board is composed of 15 3/3 inch squares and 4 6/3 inch wall squares within a square sized castle.

All thin white and red outlines printed on a picture of the Deadites from the movie. You have key squares like the tower (where the book goes), the pit (if this opens Deadites start to appear in the pit), the wall squares (This is where Deadites usually appear), and the gate (eventually the Deadites break through the gate and appear hear).