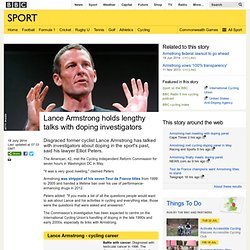 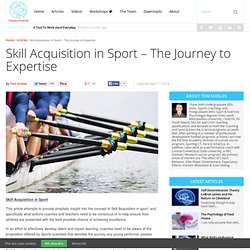 In an effort to effectively develop talent and impart learning, coaches need to be aware of the proposition offered by Sports scientists that denotes the journey any young performer passes through on their route to expertise, consists of three distinct stages. Simplistically, these are referred to as the Cognitive Stage, Associative Stage and Autonomous Stage of Skill Acquisition. Skill Acquisition is the science that underpins movement learning and execution and is more commonly termed motor learning and control (Williams & Ford, 2009). Each stage embodies unique characteristics relative to an athlete’s level of performance of a skill or activity. Cognitive Stage. #physiotalk ‘Pitchside: #concussion’ 18th Aug 2014. It’s been a busy summer for sport, so in the second of our sports related #physiotalk we’ll be discussing the assessment and management of players with suspected concussion, on Monday 18th August at 8pm (BST) (see here for time zone converter). 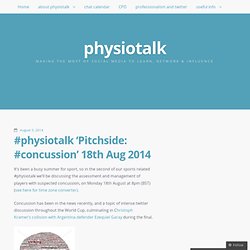 Concussion has been in the news recently, and a topic of intense twitter discussion throughout the World Cup, culminating in Christoph Kramer’s collision with Argentina defender Ezequiel Garay during the final. Indigenous gap is not closing, getting worse in some cases. "The status quo will not make a difference. 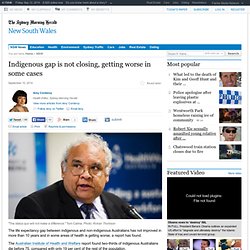 " Tom Calma. Photo: Rohan Thomson The life expectancy gap between indigenous and non-indigenous Australians has not improved in more than 10 years and in some areas of health is getting worse, a report has found. The Australian Institute of Health and Welfare report found two-thirds of indigenous Australians die before 75, compared with only 19 per cent of the rest of the population. They are dying of preventable diseases linked to poverty and geography and, despite a lot of talk, not enough has been done to force change, experts say. English rugby reveals new concussion injuries programme. 15 October 2014 Last updated at 22:02 GMT By Chris Jones BBC Radio 5 live English rugby has announced major changes to the way concussion is managed in the professional game. 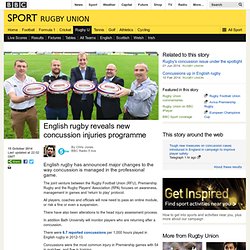 The joint venture between the Rugby Football Union (RFU), Premiership Rugby and the Rugby Players' Association (RPA) focuses on awareness, management in games and 'return to play' protocol. All players, coaches and officials will now need to pass an online module, or risk a fine or even a suspension. There have also been alterations to the head injury assessment process. Life expectancy for Australian males surges past 80 for first time. Bronzed and buff: Nick Iliopolous, 83, believes his daily Bronte Beach routine keeps him in shape. 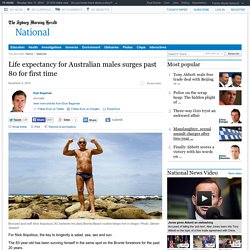 Photo: Steven Siewert For Nick Iliopolous, the key to longevity is salad, sea, sex and sun. The 83-year-old has been sunning himself in the same spot on the Bronte foreshore for the past 20 years. Ncussion in football not taken seriously enough, say experts. 17 November 2014 Last updated at 21:24 GMT By Matt Slater BBC Sport Two leading brain injury experts have strongly criticised football for not taking head injuries seriously enough. 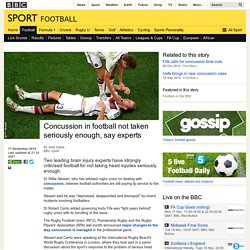 BBC Sport sur Twitter : "Head injuries in football are not taken seriously enough, say experts. Safety, Injury & Health in Sport. Drugs and Sport. The Nutritional Requirements of an Athlete. GCSE / AS Muscles and Movement. Champions League challenge: Can you jump as high as Cristiano Ronaldo? Inequality. By concentrating wealth and power in the hands of the few, inequality robs the poorest people of the support they need to improve their lives, and means that their voices go unheard. 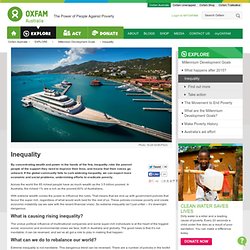 If the global community fails to curb widening inequality, we can expect more economic and social problems, undermining efforts to eradicate poverty. Across the world the 85 richest people have as much wealth as the 3.5 billion poorest. OxfamAustralia : The gap between Australia's ... Dementia progress 'achingly slow' says global envoy. Muscular System – Differentiated PowerPoint Presentation. Hamstring Injury Rehabilitation. When sports drinks don’t work. Commercially available sports drinks appeal to both competitive and recreational athletes seeking to boost their training and competition performance. 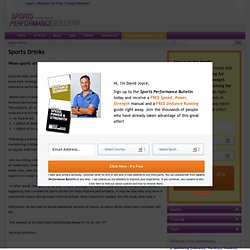 Manufacturers claim their products enhance endurance performance and help replace water and electrolytes lost to sweat. But do they? Researchers in America have claimed that under certain circumstances some sports drinks do not enhance performance after a study involving ten male and female cyclists. The subjects, all of whom completed an average of 2.5 hours of cycling per week as well as other endurance activities, carried out three 60-minute trials under the following conditions: 1. no fluid at all; 2. 1,200ml of distilled water; 3. 1,200ml of the sports drink Gatorade.

Following a warm-up, the subjects cycled for 60 minutes at their highest possible power output, maintaining 0-80rpm. Are you sitting comfortably? In other words, the sports drink didn’t work. Principles of Training Presentation. Respiratory System by Ben Leonard on Prezi.