Story. While much is made of the many benefits of regular exercise, its impact on memory doesn't make a lot of headlines. 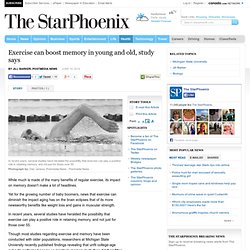 Yet for the growing number of baby boomers, news that exercise can diminish the impact aging has on the brain eclipses that of its more newsworthy benefits like weight loss and gains in muscular strength. In recent years, several studies have heralded the possibility that exercise can play a positive role in retaining memory, and not just for those over 55. Though most studies regarding exercise and memory have been conducted with older populations, researchers at Michigan State University recently published findings revealing that unfit college-age subjects performed poorer on longterm memory tests than did their fitter peers. 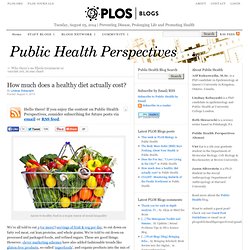 If you enjoy the content on Public Health Perspectives, consider subscribing for future posts via email or RSS feed. Access to healthy food is a major source of social inequality We’re all told to eat 5 (or more!) Servings of fruit & veg per day, to cut down on fatty red meat, eat lean proteins, and whole grains. We’re told to cut down on processed and packaged foods, and refined sugars.

Alcohol is destroying us: Four Australians share their stories. What is alcohol really doing to you? 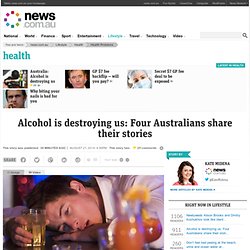 Source: News Limited A new survey has revealed the alcohol consumption habits of Australians. So what generation drinks the others under the table? Hit US sitcom The Big Bang Theory extends its run for three more years, with stars reportedly demanding half a million dollars each per episode. Grieving relatives and nations pay tribute to victims of the Malaysia Airlines plane shot down over Ukraine. Pakistani comedian Sami Shah, now living and working in Australia, regales a Kerachi audience with his comic take on anti-Western protesters. MRI scanner footage shows what sex looks like from the inside. The video shows a heart beating faster as two people kiss. 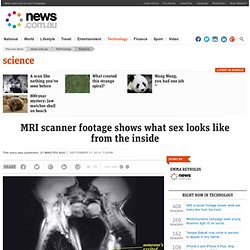 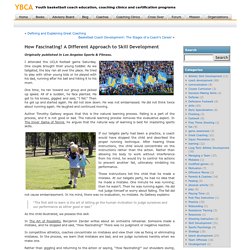 I attended the UCLA football game Saturday. One couple brought their young toddler. As we tailgated, the boy ran all over the place. He tried to play with other young kids or he played with his dad, running after his ball and hiking it to his mom. My Resource Cloud. Improve students understanding of healthy eating using this dynamic online quiz. 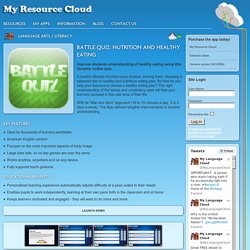 A healthy lifestyle involves many choices. Among them, choosing a balanced diet or healthy and nutritious eating plan. So how do you help your learners to choose a healthy eating plan? Ruralhealth.org.au. A new infographic and fact sheet on risky drinking in rural Australia has been released today. 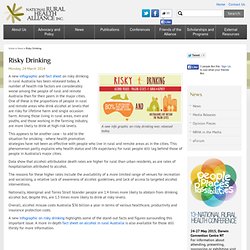 A number of health risk factors are considerably worse among the people of rural and remote Australia than for their peers in the major cities. One of these is the proportions of people in rural and remote areas who drink alcohol at levels that are risky for lifetime harm and single occasion harm. Among those living in rural areas, men and youths, and those working in the farming industry, are more likely to drink at high-risk levels.

This appears to be another case - to add to the situation for smoking - where health promotion strategies have not been as effective with people who live in rural and remote areas as in the cities. This phenomenon partly explains why health status and life expectancy for rural people still lag behind those of people in Australia’s major cities. Man Therapy. Brooklyn girl sues after classmate distributes nude Snapchat selfie. Girl sues over nude Snapchat selfie. 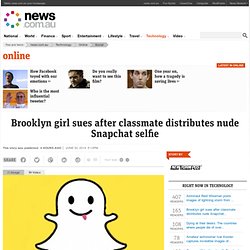 Source: Supplied Snapchat settled with the Federal Trade Commission over allegations it deceived users over the amount of personal data it collected and was responsible for a security breach impacted 4.6 million customers. 7 Body image of primary school children - The Longitudinal Study of Australian Children Annual statistical report 2013. 7.1 Introduction Children's dissatisfaction with the way they look is an issue of increasing concern. 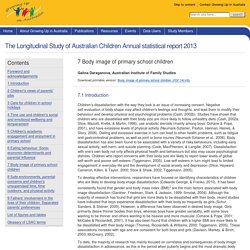 Negative self-evaluation of body shape may affect children's feelings and thoughts, and lead them to modify their behaviour and develop physical and psychological problems (Cash, 2002b). Year 10 Internet Searching Mini Project. Mental Health Month NSW. How Alcohol Travels Through the Body. ABOUT 20% of the alcohol you drink passes through the stomach wall and can reach the brain within one minute. 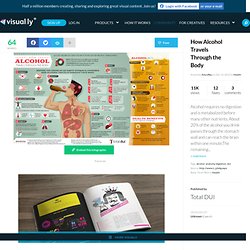 THE REMAINING 80% passes through the small intestine before entering the bloodstream. 1 STOMACH Drinking too much alcohol can decrease appetite as a result of increasing gastric juice flow,causing malnutrition. Drinking too much alcohol stimulates gastric juice flow. Higher alcohol content can cause stomach lining irritation and lead to ulcers. On an empty stomach,alcohol passes directly to the blood stream. 2 MOUTH Heavy drinkers increase their risk of developing mouth,esophagus,or throat cancer. Invasion Games. Unlimited TV & Movies When You Want. Edmodo.