Collaboration Consulting. To be confirmed: Organisations that have previously used Holacracy Please drop us a line if you know other examples or would like your organisation to be listed here! 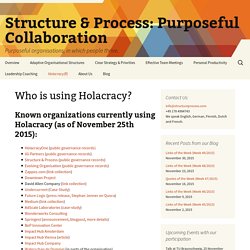 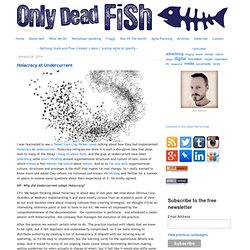 Holacracy intrigues me since it is such a disruptive idea that plays well to many of the things I bang on about here, and the guys at Undercurrent have been publishing some smart thinking around organisational structures and culture of late, some of which echoes a few themes I've talked about before. And as as I've also said, organisational culture, structures and processes is the stuff that makes for real change.

Case Study: David Allen Company. The David Allen Company (DAC), known for its revolutionary Getting Things Done® (GTD®) method, is a California-based global training and consulting company, and is widely considered the leading authority in the fields of organizational and personal productivity. 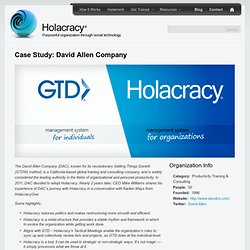 In 2011, DAC decided to adopt Holacracy. Nearly 2 years later, CEO Mike Williams shares his experience of DAC’s journey with Holacracy in a conversation with Karilen Mays from HolacracyOne. Some highlights: