This Big Girl Loses Her Fucking Mind At A UMass Political Correctness Event. The Best Towns for Families: 2015. For Monica Socas, the best thing about living in Weston is that it allows her to blend cultures and traditions. 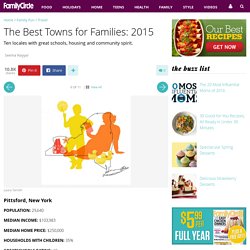 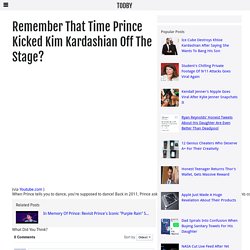 (via Youtube.com ) When Prince tells you to dance, you're supposed to dance! Back in 2011, Prince asked Kim Kardashian to come to the Stage during his concert at Madison Square Garden. Prince started dancing at Kim, but she was just too nervous to move! How To Make Yourself Hallucinate Without Taking Any Drugs. Aldous Huxley used to ponder how our minds could reach their beautifully infinite potential, but only when we learn how to overcome our limited senses and perception. 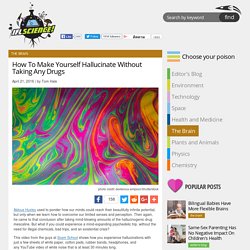 Then again, he came to that conclusion after taking mind-blowing amounts of the hallucinogenic drug mescaline. 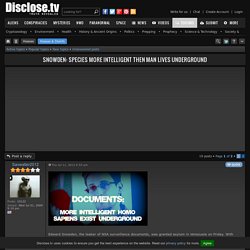 With safe harbors in sight, Snowden was willing to share shocking and world-shattering exclusive secret government documents with The Internet Chronicle. Snowden’s testimony was as follows: “The highest levels of government don’t know what to do about UFOs, and the official story that they are all merely weather balloons or natural phenomena has been clearly dismissed. This Video Of Mark Zuckerberg Explaining Facebook 10 Years Ago Is Inspiring. This Doodle Is Mystifying The Internet - Can You Tell What It Shows? Sarah Palin Attacks Bill Nye's Credibility On Science Issues. 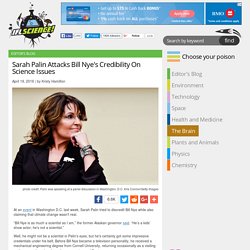 “Bill Nye is as much a scientist as I am,” the former Alaskan governor said. “He’s a kids’ show actor; he’s not a scientist.” Well, he might not be a scientist in Palin's eyes, but he's certainly got some impressive credentials under his belt. Before Bill Nye became a television personality, he received a mechanical engineering degree from Cornell University, returning occasionally as a visiting professor, and went on to work as an engineer at Boeing. He currently holds the chief executive officer position at The Planetary Society and has recently helped deploy the citizen-funded LightSail project – a small spacecraft propelled by photons from the Sun. 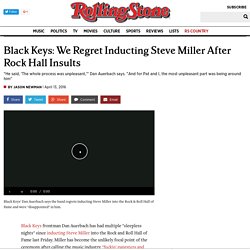 Miller has become the unlikely focal point of the ceremony after calling the music industry "fuckin' gangsters and crooks" and lobbing verbal grenades at his record label rep ("I wanted to pull him by his necktie and kick him in the nuts") and the Hall of Fame itself ("Everybody is kind of a dick and an asshole. ") But while many on social media have applauded the 72-year-old rocker's candor, Auerbach, who grew up a huge Miller fan, sees it differently. "He said, 'The whole process was unpleasant,'" Auerbach tells Rolling Stone.

"And for [Black Keys drummer] Pat [Carney] and I, honestly, the most unpleasant part was being around him. " The group left Barclays Center midway through Miller's performance and never came back. What do you think about what's happened the past four days? Forbes Welcome. Steve Gadd: Cissy Strut (U.S. Army Band, around 1970) A comedian has the perfect response to people who call millennials entitled and narcissistic. Over the weekend, the New York Times gave America the latest entry in the tired genre of freaking out about millennials with a piece titled, "What Happens When Millennials Run the Workplace? 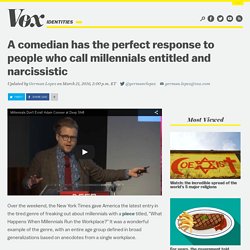 " It was a wonderful example of the genre, with an entire age group defined in broad generalizations based on anecdotes from a single workplace. But there's just one problem: Millennials don't exist. Obviously, young people who fit in the common definition of millennials do, indeed, exist. Dude Kicked Off Flight With An All-Time Douche Rant About How Rich He Is And How His IQ Is 176. Facebook From passenger ‘Sara Walter Bear: “Here’s Hoping this goes viral… Will you help? 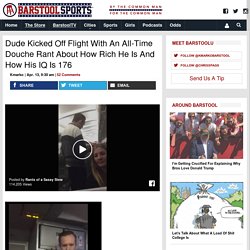 So this 176 IQ having six house owning 4 mil a year earning flying on jet blue DB. (And his friends) parents can feel really proud. His name is David Bracket Thanks for having our flight turn around and go back to the gate. This One Easy Trick Will Remove All Annoying Blackheads Instantly.