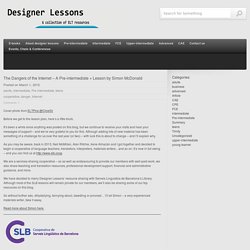 It’s been a while since anything was posted on this blog, but we continue to receive your visits and hear your messages of support – and we’re very grateful to you for this. Although adding lots of new material has been something of a challenge for us over the last year (or two) – with luck this is about to change – and I’ll explain why. As you may be aware, back in 2013, Neil McMillan, Alan Ritchie, Irene Almazán and I got together and decided to begin a cooperative of language teachers, translators, interpreters, materials writers…and so on.

Are there universal expressions of emotion? - Sophie Zadeh. Charles Darwin wrote about expression in his book The Expression of the Emotions in Man and Animals. He derived some of his evidence from Guillaume Duchenne, who was interested in the physiology of emotion. Duchenne studied the muscle movements of the face using methods that we would consider highly unethical today– administering electrical shocks. Although they weren’t the first to study expression or suggest universality, the work of Duchenne and Darwin was significant and led to extensive study a century later.

You can read more about the work of Duchenne, Darwin and the history of expression on the my alCOM.y website. TED Talks. Advanced English lessons. Activities for ESL/EFL Students (English Study) 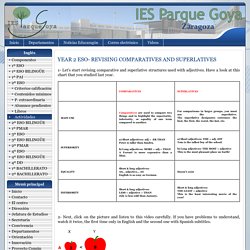 Have a look at this chart that you studied last year. 2- Next, click on the picture and listen to this video carefully. If you have problems to understand, watch it twice, the first time only in English and the second one with Spanish subtitles. 3- Finally, try those activities: Past Simple or Present Perfect Gap Fill. Simple Past vs. Present Perfect Simple. Exercises and Tests Form. 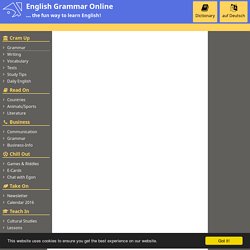 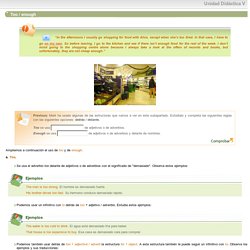 In that case, I have to go on my own. So before leaving, I go to the kitchen and see if there isn’t enough food for the rest of the week. I don’t mind going to the shopping centre alone because I always take a look at the offers of records and books, but unfortunately, they are not cheap enough.” Ampliemos a continuación el uso de too y de enough. a. Se usa el adverbio too delante de adjetivos o de adverbios con el significado de "demasiado". Ejemplos The man is too strong. His brother drives too fast. Podemos usar un infinitivo con to detrás de too + adjetivo / adverbio. English In Lebrija: Second year. Listening: comparatives and superlatives. Watch the following video in which some people answer questions, using comparatives and superlatives. 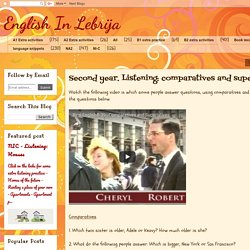 Answer the questions below. Comparatives 1. Listening Lab Exercise 30. Exercise #30 - comparative adjectives Directions: Complete each sentence or question with an adjective in the comparative form. 1. 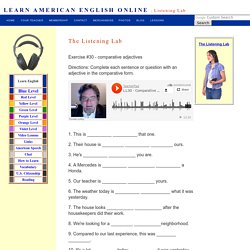 Comparative and superlative adjectives. Stories for ESL learners, Grammar Structures. My wife and I need a new place to live. 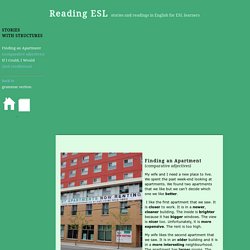 We spent the past week-end looking at apartments. We found two apartments that we like but we can’t decide which one we like better. I like the first apartment that we saw. It is closer to work. It is in a newer, cleaner building. k12reader. Comparatives Reading Text. Comparative and superlative structures by Pilar Velázquez Alonso on Prezi. ESL worksheets and activities to download.

These PDF activities and worksheets with accompanying teacher notes are free to download, print and use in the classroom. 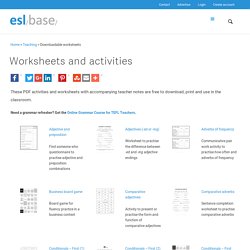 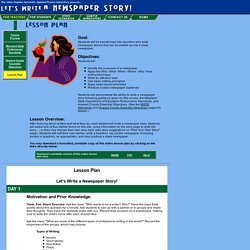 Why? " Have the class think quietly about this question for a minute. Ask students to pair up with a partner or in groups and share their thoughts. Then have the students share with you. Ask the class, "What are some of the different types of professional writing in the world? " Types of Writing: Novels Short stories Non-fiction Plays Movies Poetry Newspapers Magazines Television Radio Advertising Public relations On the board write the title: What is it like to be a writer? 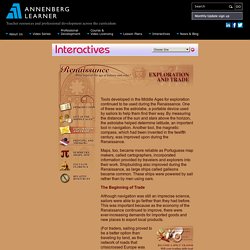 One of these was the astrolabe, a portable device used by sailors to help them find their way. By measuring the distance of the sun and stars above the horizon, the astrolabe helped determine latitude, an important tool in navigation. Another tool, the magnetic compass, which had been invented in the twelfth century, was improved upon during the Renaissance. Maps, too, became more reliable as Portuguese map makers, called cartographers, incorporated information provided by travelers and explorers into their work.