Words are living species of unconscious intentions. Please consider for a moment the benefits of using keymaker clauses instead of gatekeeper clauses. : C_S_T. Hyperphagia. Parabiosis. Dysphemism - Wikipedia. A dysphemism is an expression with connotations that are offensive either about the subject matter or to the audience, or both. 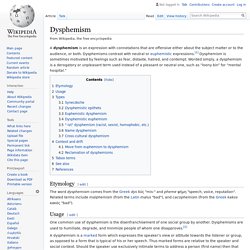 Psychologem. Reference: psychologem Reference information:If you want to have a clear understanding of the meaning of "psychologem", you have to understand Carl Jung's notions of "archtype" and "collective unconscious". 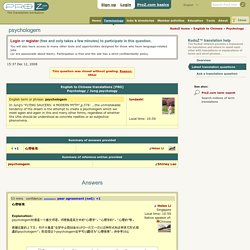 Antinomian. Quid pro quo. Quid pro quo ("something for something" or "this for that" in Latin)[1] means an exchange of goods or services, where one transfer is contingent upon the other. 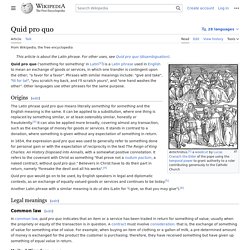 English speakers often use the term to mean "a favour for a favour"; phrases with similar meaning include: "give and take", "tit for tat", and "you scratch my back, and I'll scratch yours". Finnegan's wake and fractal multiplicity. Atavism. Early embryos of various species display some ancestral features, like the tail on this human foetus. 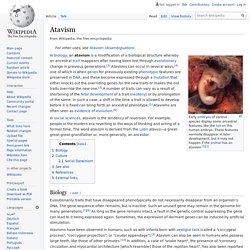 These features normally disappear in later development, but it may not happen if the animal has an atavism.[1] Atavism is the tendency to revert to ancestral type. In biology, an atavism is an evolutionary throwback, such as traits reappearing which had disappeared generations before.[2] Atavisms can occur in several ways. One way is when genes for previously existing phenotypical features are preserved in DNA, and these become expressed through a mutation that either knock out the overriding genes for the new traits or make the old traits override the new one.

Charlatan. A charlatan (also called swindler or mountebank) is a person practising quackery or some similar confidence trick in order to obtain money, fame or other advantages via some form of pretense or deception. 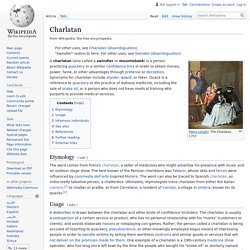 The word comes from French charlatan, a seller of medicines who might advertise his presence with music and an outdoor stage show. The best known of the Parisian charlatans was Tabarin, who set up a stage in the Place Dauphine, Paris in 1618, and whose commedia dell'arte inspired skits and whose farces inspired Molière. Grifter. We Can Do It! After its rediscovery, observers often assumed that the image was always used as a call to inspire women workers to join the war effort. 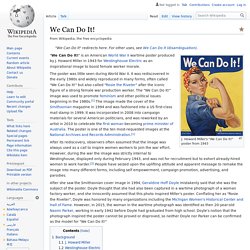 However, during the war the image was strictly internal to Westinghouse, displayed only during February 1943, and was not for recruitment but to exhort already-hired women to work harder.[2] Feminists and others have seized upon the uplifting attitude and apparent message to remake the image into many different forms, including self empowerment, campaign promotion, advertising, and parodies. Background[edit] A propaganda poster from 1942 encouraging unity between labor and management of GM After the Japanese attack on Pearl Harbor, the US government called upon manufacturers to produce greater amounts of war goods. The workplace atmosphere at large factories was often tense because of resentment built up between management and labor unions throughout the 1930s. Grisette. Saturnian. Anathema. Desideratum. Immanence. Legerdemain. 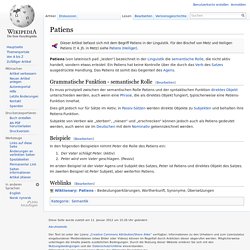 Agens. Anathema. Pneuma. Classical antiquity[edit] Presocratics[edit] Pneuma, "air in motion, breath, wind," is equivalent in the material monism of Anaximenes to aer (ἀήρ, "air") as the element from which all else originated. 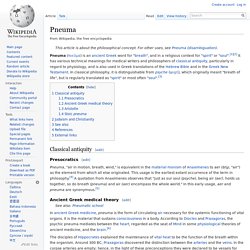 This usage is the earliest extant occurrence of the term in philosophy.[4] A quotation from Anaximenes observes that "just as our soul (psyche), being air (aer), holds us together, so do breath (pneuma) and air (aer) encompass the whole world. " In this early usage, aer and pneuma are synonymous.[5] CCER-"Hieroglyphica" Thane. Not to be confused with Thegn. 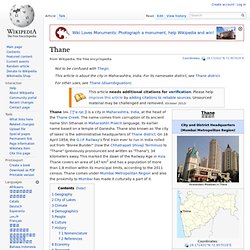 Thane also known as 'the city of lakes' is the administrative headquarters of Thane district. Geography[edit] Effluvia. Apophasis. Apophasis (Late Latin, from Greek ἀπόφασις from ἀπόφημι—apophemi,[1] "to say no"[2]), Paralipsis (παράλειψις) or occupatio,[3][4][5][6] also spelled paraleipsis or paralepsis, and known also as praeteritio, preterition, cataphasis (κατάφασις), antiphrasis (ἀντίφρασις), or parasiopesis (παρασιώπησις), is a rhetorical device wherein the speaker or writer brings up a subject by either denying it, or denying that it should be brought up.[7] As such, it can be seen as a rhetorical relative of irony. 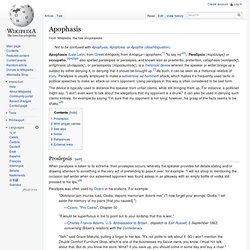 Paralipsis is usually employed to make a subversive ad hominem attack, which makes it a frequently used tactic in political speeches to make an attack on one's opponent. Using paralipsis in this way is often considered to be bad form. The device is typically used to distance the speaker from unfair claims, while still bringing them up. Cormorants. Antediluvian. Desultory.