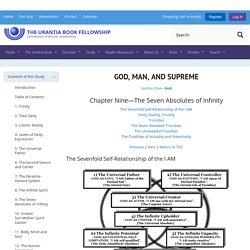 This reality level supersedes the expression of both spiritual and material reality. It is at this primal level of absolute reality that the Father-I AM prepersonally fragments himself in the form of his prepersonal Thought Adjusters. Upon the divergence of spirit and matter from the Father-I AM, there is brought about a divinity-tension creating an infinity differential. The Secret Doctrine of the Rosicrucians: Part IV. The Universal Androgyne. Sacred Texts Sub Rosa Index Previous Next Buy this Book at Amazon.com. 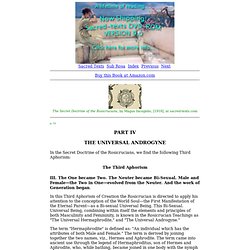 The Initiates of the Flame. robert flood,rosicrucian mystic. Pierre Teilhard de Chardin. Gnosis. Etymology[edit] Gnosis is a feminine Greek noun, which means "knowledge".[2] It is often used for personal knowledge compared with intellectual knowledge (eidein), as with the French connaitre compared with savoir, or the German kennen rather than wissen.[3] Related adjective gnostikos[edit] A related term is the adjective gnostikos, "cognitive,"[4] a reasonably common adjective in Classical Greek.[5] Plato uses the plural adjective γνωστικοί – gnostikoi and the singular feminine adjective γνωστικὴ ἐπιστήμη – gnostike episteme in his Politikos where Gnostike episteme was also used to indicate one's aptitude.

[citation needed] The terms do not appear to indicate any mystic, esoteric or hidden meaning in the works of Plato, but instead expressed a sort of higher intelligence and ability analogous to talent.[6] Samael Aun Weor. Samael Aun Weor Samael Aun Weor (March 6, 1917 – December 24, 1977), born Víctor Manuel Gómez Rodríguez, was an author, lecturer and founder of the Universal Christian Gnostic Movement.[1] His teaching of 'The Doctrine of Synthesis' of all religions in both their esoteric and exoteric aspects[2] has been called neo-Gnostic by the historian of esotericism Arthur Versluis[3] and called by the historian Jean-François Mayer "a science of consciousness or knowledge that may be attained through certain techniques. 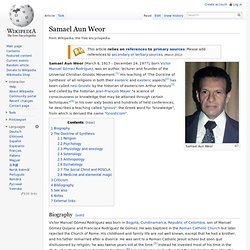 "[4] In his over sixty books and hundreds of held conferences, he describes a teaching called "gnosis", the Greek word for "knowledge", from which is derived the name "Gnosticism". Biography[edit] Victor Manuel Gómez Rodriguez was born in Bogotá, Cundinamarca, Republic of Colombia, son of Manuel Gómez Quijano and Francisca Rodríguez de Gómez. He was briefly married to Sara Dueños and they had a son named "Imperator". In 1948 he began teaching a small group of students. Samael Aun Weor. Pray and work. Relief with the motto (in gold) Ora et labora In Christian mysticism, the phrase pray and work (or "pray and labor", in Latin ora et labora) refers to the monastic practice of working and praying, generally associated with its use in the Rule of St. 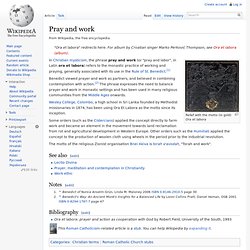 Benedict.[1] Benedict viewed prayer and work as partners, and believed in combining contemplation with action.[2] The phrase expresses the need to balance prayer and work in monastic settings and has been used in many religious communities from the Middle Ages onwards. Wesley College, Colombo, a high school in Sri Lanka founded by Methodist missionaries in 1874, has been using Ora Et Labora as the motto since its inception. Some orders (such as the Cistercians) applied the concept directly to farm work and became an element in the movement towards land reclamation from rot and agricultural development in Western Europe.

Humiliati. The Humiliati were an Italian religious order of men formed probably in the 12th century. 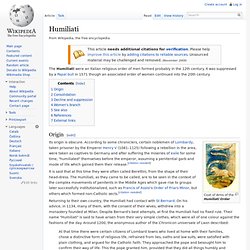 It was suppressed by a Papal bull in 1571 though an associated order of women continued into the 20th century. Origin[edit] Coat of Arms of the Humiliati Order Its origin is obscure. According to some chroniclers, certain noblemen of Lombardy, taken prisoner by the Emperor Henry V (1081–1125) following a rebellion in the area, were taken as captives to Germany and after suffering the miseries of exile for some time, "humiliated" themselves before the emperor, assuming a penitential garb and mode of life which gained them their release. It is said that at this time they were often called Berettini, from the shape of their head-dress. Returning to their own country, the Humiliati had contact with St Bernard. The fraternity spread rapidly and gave rise to two new branches, a "second order" composed of women, and a "third order" composed of priests.

Consolidation[edit] What is the Bible Wheel? A Freethinker's Exploration of Religion, Science, and the Mind. Introduction to the Bible Wheel - The Geometric Structure of the Bible. This is the word of the LORD unto Zerubbabel ... 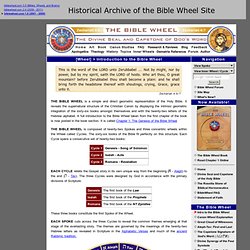 Not by might, nor by power, but by my spirit, saith the LORD of hosts. Who art thou, O great mountain? Before Zerubbabel thou shalt become a plain: and he shall bring forth the headstone thereof with shoutings, crying, Grace, grace unto it. Zechariah 4:6-7. The Bible Wheel: Biblical or False? Bible Wheel - Random Quotes and Teachings of Wisdom for iOS.