My name is Thomas J. Barnett, passionate about all things baseball and sports in my home state of New Mexico. Founder and lead bat reviewer at BatSmash.com. 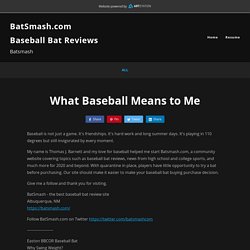 It's friendships. It's hard work and long summer days. It's playing in 110 degrees but still invigorated by every moment. 5 Tips for Having Fun at Your First Professional Baseball Game. You’ve never been to a baseball game? 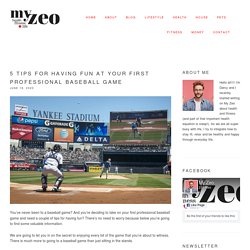 And you’re deciding to take on your first professional baseball game and need a couple of tips for having fun? There’s no need to worry because below you’re going to find some valuable information. We are going to let you in on the secret to enjoying every bit of the game that you’re about to witness. Choosing the Right Bat. By Joe Newberry | July 21, 2020 3:58 pm Baseball is one of the most played pastime games in America. 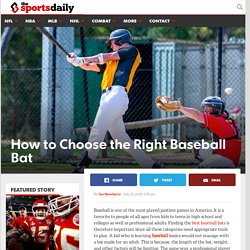 It is a favorite to people of all ages from kids to teens in high school and colleges as well as professional adults. Finding the best baseball bats is therefore important since all these categories need appropriate tools to play. A kid who is learning baseball basics would not manage with a bat made for an adult. This is because, the length of the bat, weight, and other factors will be limiting. There is an appropriate bat for every player depending on their age, level, height, and also strength.

Tips for Maximizing Fun at a Baseball Game (2020) If you’re a new baseball fan, then we recommend attending a game for a new experience. 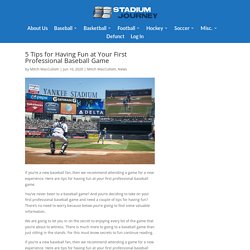 Here are tips for having fun at your first professional baseball game. MLB Games Today - Yankees @ Nationals, Giants @ Dodgers. Baseball is officially back! 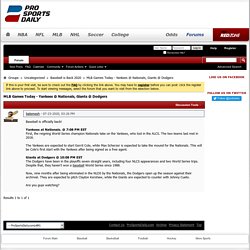 Yankees at Nationals. @ 7:08 PM EST First, the reigning World Series champion Nationals take on the Yankees, who lost in the ALCS. The two teams last met in 2018.The Yankees are expected to start Gerrit Cole, while Max Scherzer is expected to take the mound for the Nationals. This will be Cole's first start with the Yankees after being signed as a free agent.Giants at Dodgers @ 10:08 PM EST The Dodgers have been in the playoffs seven straight years, including four NLCS appearances and two World Series trips. Despite that, they haven't won a baseball World Series since 1988.Now, nine months after being eliminated in the NLDS by the Nationals, the Dodgers open up the season against their archrival. 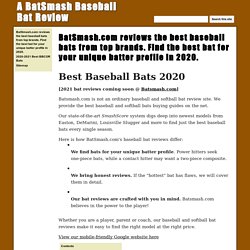 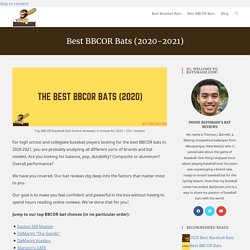 Are you looking for balance, pop, durability? Composite or aluminum? Overall performance? We have you covered. The Best Baseball Bats [2020 Reviews] - BatSmash. What is a BBCOR Bat? BBCOR vs. BSER Standards - BatSmash. A BBCOR bat is the standard of baseball bat used by competitive high school and college baseball. 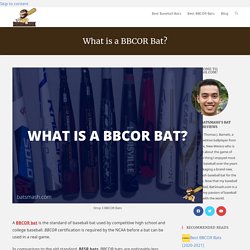 BBCOR certification is required by the NCAA before a bat can be used in a real game. In comparison to the old standard, BESR bats, BBCOR bats are noticeably less powerful. This change was in part due to the immense power that BESR composite baseball bats offered and the danger concerns for pitchers, particularly at the collegiate level. 5 Steals of the 2020 MLB Draft - BatSmash. 2020 was certainly an interesting year for the MLB draft to take place. 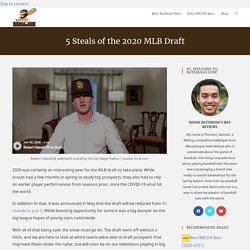 While scouts had a few months in spring to study top prospects, they also had to rely on earlier player performances from seasons prior, once the COVID-19 virus hit the world. In addition to that, it was announced in May that the draft will be reduced from 40 rounds to just 5. While boosting opportunity for some it was a big damper on the big league hopes of young stars nationwide. With all of that being said, the show must go on. The draft went off without a hitch, and we are here to look at which teams were able to draft prospects that may have flown under the radar, but will soon be on our televisions playing in big league games. 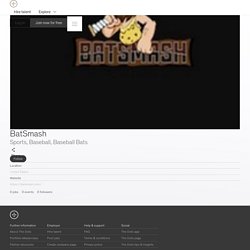