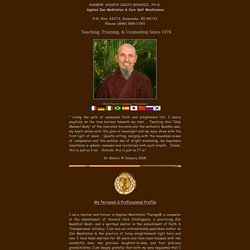 I am also an internationally published author on Zen Meditation & the practice of living enlightenment right here and now. I have been married for 45 years and have been blessed with two wonderful sons, two gracious daughter-in-laws, and four precious grandchildren. I am deeply grateful that both my sons requested that I officiate at their weddings. Next to the joy of marrying my wife, conducting their marriage ceremonies was another deeply precious and fulfilling part of my life. A few weeks after my marriage in 1966 I was in a very serious motorcycle accident. In 1978, I received my Doctoral Degree in Humanistic Psychology from Saybrook University in San Francisco. In 1988, I left Genjo-ji and founded Jotoku-Ji Zen Training Temple in Rohnert Park, CA. The Best Children’s Books of 2016. In his meditation on the three ways of writing for children and the key to authenticity in all writing, C.S. 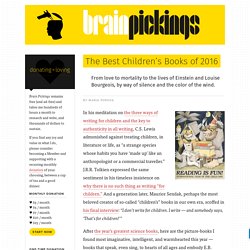 Lewis admonished against treating children, in literature or life, as “a strange species whose habits you have ‘made up’ like an anthropologist or a commercial traveller.” J.R.R. Tolkien expressed the same sentiment in his timeless insistence on why there is no such thing as writing “for children.” The Significance of Mauni Amavasya - Silence is the Way. January 27, 2017 is Mauni Amavasya, the last Amavasya before Mahashivratri. 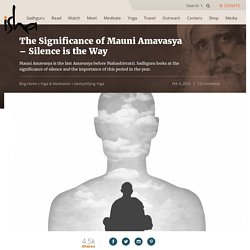 Sadhguru looks at the significance of silence and the importance of this period in the year. Read in Hindi: मौनी अमावस्या Sadhguru: The existence that one is able to see, hear, smell, taste, and touch through the five senses is essentially a product of reverberations, a play of sound or nada. The body and mind of a human being are also reverberations. Almost No Children In France Are Medicated For ADHD: Here’s How They Define &... 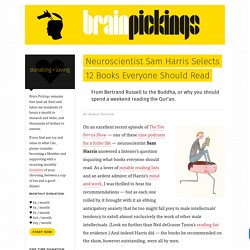 Philosophy For The Brave. You’ve read one of your four complimentary articles for this month. 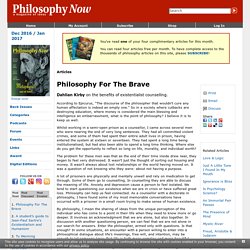 You can read four articles free per month. To have complete access to the thousands of philosophy articles on this site, please SUBSCRIBE! Articles. One Third of Relationships Has This Problem. Does Yours? Anonymous Has An Urgent Message To Humanity For Rest Of 2016 – Anonymous. 4Shares Share Tweet Email Anonymous released their Message to the United States Government on 9/27/2016. 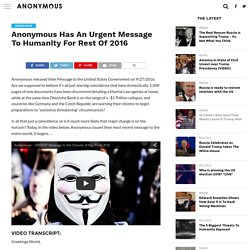 Are we supposed to believe it’s all just one big coincidence that here domestically, 1,500 pages of new documents have been discovered detailing a Martial Law agenda at home, while at the same time Deutsche Bank is on the verge of a -$1 Trillion collapse, and countries like Germany and the Czech Republic are warning their citizens to begin preparations to “existence threatening” circumstances? Formula for Love: How Long Should You Wait to Text Back? A few years ago there was a woman in my life—let’s call her Tanya—and we had hooked up one night in Los Angeles. 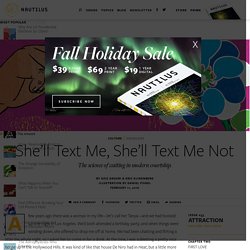 We’d both attended a birthday party, and when things were winding down, she offered to drop me off at home. We had been chatting and flirting a little the whole night, so I asked her to come in for a drink. At the time, I was subletting a pretty nice house up in the Hollywood Hills. It was kind of like that house De Niro had in Heat, but a little more my vibe than the vibe of a really skilled robber who takes down armored cars. I made us both a nice cocktail and we took turns throwing on records while we chatted and laughed. For When You Think That No One Will Love You. You can never quite remember the actual moments when someone says that they love you for the first time. 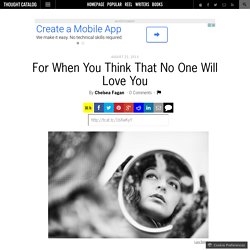 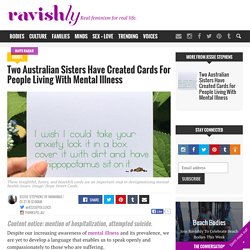 Despite our increasing awareness of mental illness and its prevalence, we are yet to develop a language that enables us to speak openly and compassionately to those who are suffering. We know that this year alone, one in five Australians will experience some form of mental illness. What we might not know is that only one in four will receive a get well or greeting card.

Studies have indicated that psychiatric inpatients receive only “half as many cards and gifts when compared to medical inpatients.” Two Australian sisters, Trudy and Sam, intend to change that. VIDEO: Το αυτόνομο χωριό της Μαγνησίας  Things to do before 30: read these 33 books. Why I Meditate                        I have been searching for “answers” most of my life and have written about an epiphany in 2007 when I watched a TED video in which geneticist Juan Enriquez spoke of DNA not as “like” software, but as encoded instructions. At that time I was struck by the reality (as opposed to the abstract notion) that there must be or have been some “higher intelligence” in Nature (“Who was the programmer?”). I was fine with leaving the question open but it made me much less interested in “normal” life and I decided that connection with such higher intelligence, if it still exists (and really where did it go?)

, should take priority in my life. I remembered trying Transcendental Meditation after college and receiving a mantra that had no intrinsic “meaning” but simply pointed me back inside to silence. In Praise of Missing Out: Psychoanalyst Adam Phillips on the Paradoxical Valu... “In the gap between who we wish one day to be and who we are at present, must come pain, anxiety, envy and humiliation,” Alain de Botton wrote in his meditation on Nietzsche and why a fulfilling life requires difficulty.

Adrienne Rich, in contemplating how love refines our truths, wrote: “An honorable human relationship — that is, one in which two people have the right to use the word ‘love’ — is a process, delicate, violent, often terrifying to both persons involved, a process of refining the truths they can tell each other.” But among the dualities that lend love both its electricity and its exasperation — the interplay of thrill and terror, desire and disappointment, longing and anticipatory loss — is also the fact that our pathway to this mutually refining truth must pass through a necessary fiction: We fall in love not just with a person wholly external to us but with a fantasy of how that person can fill what is missing from our interior lives.

Neuroscientist Sam Harris Selects 12 Books Everyone Should Read. AWR Competitions - Architecture Workshop in Rome. Το μυστικό του Σωκράτη για να πετύχεις οτιδήποτε επιθυμείς. 5.1K Shares Share Tweet Email. 5 Reasons A Gemini Will Be The Most Interesting Person You'll Ever Meet. Gemini are born from May 21 through June 21. Every sign is beautiful and each has particular quirks and strengths that can greatly benefit their partner. Gemini in particular, are high energy, imaginative, adaptable, smart, and naturally independent. All admirable traits of a lover. Related: How To Deal With A Broken Heart Based On Your Zodiac Sign. Why Generation Y is unhappy. Say hi to Lucy. Lucy is part of Generation Y, the generation born between the late 1970s and the mid 1990s.

She’s also part of a yuppie culture that makes up a large portion of Gen Y. I have a term for yuppies in the Gen Y age group—I call them Gen Y Protagonists & Special Yuppies, or GYPSYs. A GYPSY is a unique brand of yuppie, one who thinks they are the main character of a very special story. Γιατί επιστρέφουμε στους πρώην μας και γιατί ερωτευόμαστε πάντα τον ίδιο άνθρωπο;.

Documenting everyday life. Soulmates, Twin Flames and Kindred Spirits — What’s the Difference? Photo by: Cameron Gray. O Mario Benedetti, ο έρωτας και το όνειρο για έναν καλύτερο κόσμο. Cognitive Biases. Avoid Harmful Chemical Teeth Whitening With These DIY Tricks To A Brighter Smile. Teeth naturally yellow as we age. A number of things we eat and drink can contribute to the loss of a pearly white smile. Legendary Psychoanalyst Adam Phillips on Why the Capacity for Boredom Is Essential for a Full Life.

By Maria Popova “Boredom … protects the individual, makes tolerable for him the impossible experience of waiting for something without knowing what it could be.” When Einstein Met Tagore. Alice in Quantumland: A Charming Illustrated Allegory of Quantum Mechanics by a CERN Physicist. By Maria Popova. 3 Months Since Legalizing Marijuana, Here's What Colorado Looks Like. Nobel Peace Prize Winner Jody Williams on How Our Choices Shape the World, Animated. Υπέροχες Ελληνικές Εκλογές ΙΙΙ. 10 Things That The People Who Love Their Lives Are Doing Differently. This Kid Might Have Failed The True Or False Section Of His Test, But He Gave A Great Effort (Photo)

How to Write with Style: Kurt Vonnegut’s 8 Keys to the Power of the Written Word. Μια μαθήτρια εκφράζει την αγανάκτηση της για τις πανελλήνιες, με αφορμή τη χτεσινή αυτοκτονία. The Pain Of Being In Love With Someone You Can Never Be With. Οι ταινίες που μού άλλαξαν τη ζωή. Του Στάθη Τσαγκαρουσιάνου. 8 λόγοι που τα παιδιά στην Ολλανδία είναι τα πιο ευτυχισμένα του πλανήτη! Astronaut Chris Hadfield on Success and the Meaning of Life. 14 Mind-Blowing Facts That Will Completely Change Your Perception Of Time. Love, Sex, and the World Between. Why Emotional Excess is Essential to Writing and Creativity.