The Kitchy Kitchen. To me, the perfect custard is about the eggs. 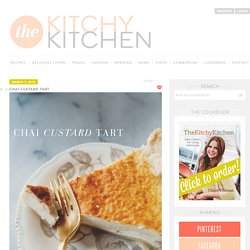 It should be silky smooth, rich, and with that undeniably round flavor eggs impart on whatever they touch. Nestled in a crisp tart crust and infused with a touch of chai spices, this custard is the perfect understated dessert to serve with a cup of tea. Enjoy! 3 large eggs, plus 2 large egg yolks, lightly beaten. White Chocolate Blondies with Maple Cream Sauce {Applebee’s Copycat} Warm out of the oven white chocolate blondies that get topped with a scoop of ice cream and drizzled with a maple cream sauce. 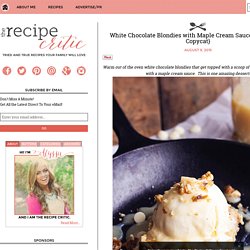 This is one amazing dessert! Let’s be honest. White Chocolate Raspberry Truffle No Bake Cheesecake. This shop has been compensated by Collective Bias, Inc. and its advertiser. 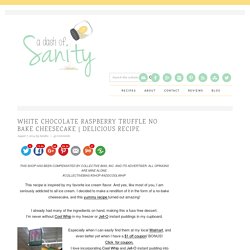 All opinions are mine alone. #CollectiveBias #shop #AddCoolWhip This recipe is inspired by my favorite ice cream flavor. And yes, like most of you, I am seriously addicted to all ice cream. Lemon Vanilla Cookie Krispie Treats. It’s ridiculous, really. 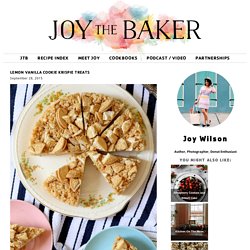 I’m always looking for any and every excuse to buy a bag of cookies from the grocery store. The best excuse I’ve come up with so far is that I need to buy this bag of cookies to make a dessert with cookies in/on/all over them. Related: Milk Chocolate Cookies and Cream Cookies. Kommentarer. Vit kladdchokladtårta med varma hallon. Lemon Tart. Lemon tart is one of those dessert classics. 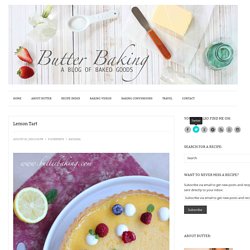 Personally, I’m more of a chocolate lover, but I can appreciate the tart, fresh, vibrancy of a slice of zingy lemon tart after a heavy meal. I’ve posted these little lemon tarts on the blog before. They’ve been super popular with you guys, and with the super flaky and easy pastry, it’s not hard to see why! Then last week we visited Mr Man’s grandparents, and took home a haul of citrus, avocados, herbs and greens from their amazing vegetable garden. Baked Chocolate Truffle Oreo Dream Tart. This tart is quite literally what dreams are made of. 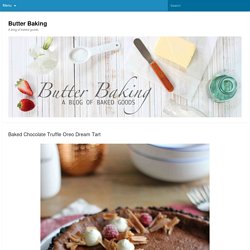 So much so, that it just HAD to have the word dream in the title. In my spare time, I love flipping through food magazines and cookbooks, looking over recipes and getting inspired. Rarely do I actually bake anything from the magazines, and very rarely is a recipe I do bake worth ever making a second time. But this recipe? Raspberry S’mores Gateau. Honestly, I have to say that this is one of the best things that has ever come out of my kitchen. 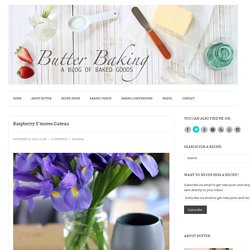 It was based on a s’mores cake that I saw on Hint of Vanilla that looked so drool worthy I just had to make my own version of it. I decided my dad’s birthday would be the perfect occasion to do so, because as we learnt last week, he absolutely loves chocolate. Mango Cheesecake Tart. Cheesecake is a lovely, simple dessert that I’ve really gotten into lately. 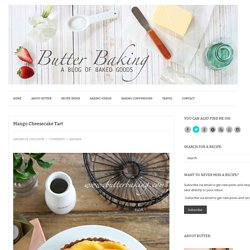 I particularly love this version! I’ve been making it for ages, and don’t know why I haven’t posted it for you sooner. This isn’t a fridge-set cheesecake, that requires time and gelatin for it to hold. Hallontartlette med lakritskolasås. Coca-Cola Chocolate Cake. Cola cake has intrigued me for years… it seems to be somewhat of a southern specialty and I’ve always been drawn to its similarity with Texas sheet cake (another Southern specialty). 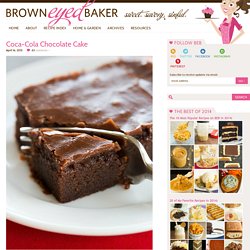 I’ve been obsessed with Texas sheet cake since taking my first bite of that utterly amazing boiled frosting that sets up like fudge on top of a warm cake. Talk about heaven. This Coca-Cola cake is made in much the same way, except it also includes a can of cola in both the batter and in the frosting. It’s subtle, but you can totally taste the cola when you eat the cake, and I love the unique flavor. Baked Chocolate Truffle Oreo Dream Tart. Little Blueberry Tarts. Every Sunday night, we have a family dinner at my grandma’s house. 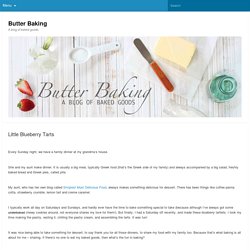 She and my aunt make dinner. It is usually a big meal, typically Greek food (that’s the Greek side of my family) and always accompanied by a big salad, freshly baked bread and Greek pies, called pita. My aunt, who has her own blog called Simplest Most Delicious Food, always makes something delicious for dessert. Vit kladdkaka med aprikos.

Meyer Lemon Cheesecake. Perfect Peach Pie. Frozen Strawberry Cheesecake. Blueberry Almond Tart. The other morning Taylor and I awoke feeling rather blue. Not because the cats decided to use our bodies as early-morning spring boards; rather, we had blueberries on the brain. That’s the best kind of blue. So, in spite of the heat, we put on our grubby clothes, loaded up on bug spray, and headed out to the country for a good ol’ fashioned blueberry-pickin’ date. The fields were swarming with bugs, but the bushes were hanging heavy with ripe berries. Baked Raspberry Chocolate Chip Pancake & A Giveaway! - Pumpkin 'N Spice.