1913 color photos reveal vivid reds like you've never seen. Mervyn O'Gorman was 42 when he took these pictures of his daughter, Christina O'Gorman at Lulworth Cove, in the English county of Dorset. 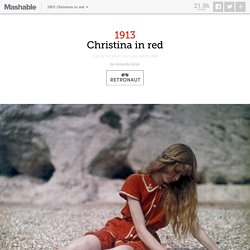 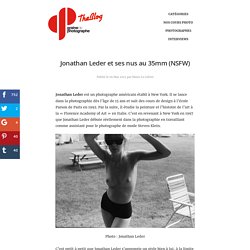 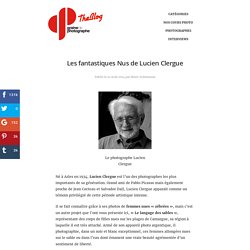 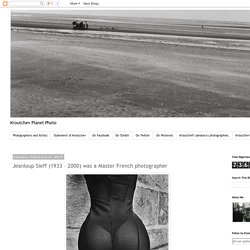 Settling in New York for much of the sixties he worked for Esquire, Harper's Bazaar, Vogue and Elle, photographing celebrities such as Jane Birkin, Yves Saint-Laurent, Rudolf Nureyev and Alfred Hitchcock amongst others. Sieff won numerous prizes including the Prix Niepce, the Chevalier des Arts et Lettres in Paris in 1981 and the Grand Prix National de la Photographie in 1992, and his work is housed in many private and international collections.

Sieff is heralded as one of the great international photographic talents of the last half-century and has left an undeniable imprint on his generation. Adaptateur USB sans fil haute puissance 300Mbps TL-WN8200ND - Bienvenue chez TP-LINK. Fonctions. 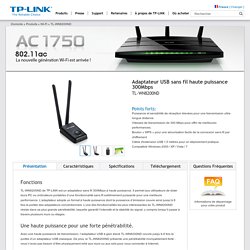 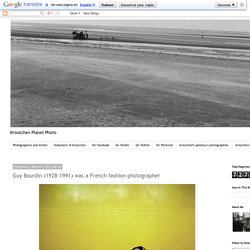 Guy Louis Banarès was born December 2, 1928, at 7 Rue Popincourt, Paris.[1] He was abandoned by his mother the following year, and was adopted by Maurice Désiré Bourdin, who brought him up with the help of his mother Marguerite Legay. During his military service in Dakar (1948–1949), he received his first photography training as a cadet in the French Air Force. In 1950 he returned to Paris, where he met Man Ray, and became his protégé. 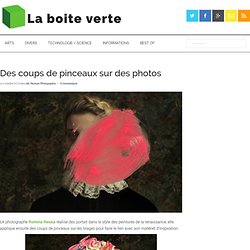 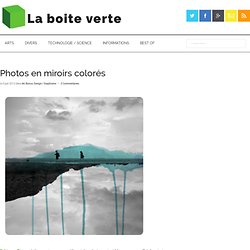 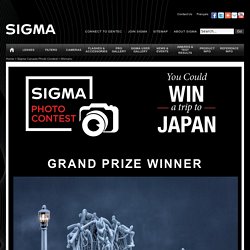 Catherines, ON on being named the Sigma Canada – Trip to Japan contest winner. Doug’s photo, shot with his Sigma 70-200mm F2.8 EX DG OS HSM lens and entitled Niagara Winter Blues, was selected out of thousands of impressive entries submitted in the consumer category by talented Canadian photographers who shoot with Sigma lenses. Doug will be traveling with his wife Lesley next spring on a seven-day, six-night trip for two to Japan that includes a tour of the world-famous Japanese Cherry Blossom Gardens, a traditional Japanese green tea ceremony, a Sumida River cruise, a ride on the Hakone Ropeway, and much more.

Representatives of Sigma Canada presented the grand prize in the consumer category on July 22nd at Henry’s in Mississauga. Photographs by Charles Cramer. Fashion and Beauty Photographer Toronto - Vibrant Shot Photography. The Photographers You Idolize Are No Better Than You. We look up to other people in all aspects of our lives. 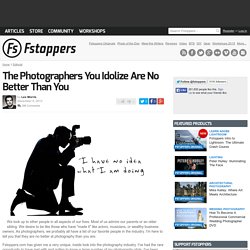 Most of us admire our parents or an older sibling. We desire to be like those who have "made it" like actors, musicians, or wealthy business owners. As photographers, we probably all have a list of our favorite people in the industry. I'm here to tell you that they are no better at photography than you are. Fstoppers.com has given me a very unique, inside look into the photography industry. When I first got into photography my goal was to assist as many professionals as I could to become a well rounded photographer. I've also randomly met shooters who have assisted one or more of the most famous photographers alive today. As I've learned all of the industry's dirty little secrets over the past few years it has both inspired and depressed me. The title of this article is "The Photographers You Idolize Are No Better Than You" and that is actually a lie. Business Hugely successful photographers are master businessmen and women.

Cinematic portrait photography by David Olkarny. David Olkarny was born on December 17, 1987 in Brussels. He has been into various forms of arts and creative outlets ever since he can remember. By the age of 18 his true passion was revealed to him… the cinema. It allowed him to better grasp concepts such as space and color, and it allowed him to stage his own view of the world. Sébastien DEL GROSSO. Jesar. The Southwest Gas annual report. Fantasy Wire Fairies Sculptures. AGDMAG. Vermibus. Kalle Lundholm Photography - SELECTED. Фотография, комьютерная графика. Подводная фотосъемка. Stock photos. Underwater sealife, dolphins, sharks, waves, ocean, marine animals, beauty, fashion, TFP. David Olkarny - Photographer - Galerie de Boy_Wonder. Annie Leibovitz.

JF Baecker I Photographer. Fabien Orts - Photographe. Prestations au choix : Moma I Photography. Anything Worth Seeing / ANTILIMIT. Site officiel de la photographe FLORE. 33 Pictures Taken At The Right Moment. We Bored Pandas are huge fans of perfectly timed photos that capture perfect (and usually funny or unexpected) moments that come and go with a blink of the eye. The internet is abound with images shared by people who have captured images at just the right moment or from just the right perspective, so we wanted to share some more of them with you. Anyone with a smart phone, point-and-click camera, DSLR or any other sort of camera can potentially capture such a moment – whether it’s staged or spontaneous. If you’ve ever captured such a photo, share it with us below! Source: reddit (h/t: distractify) Source: imgur Source: reddit (h/t: distractify) Powerful Portraits of Brave People Revealing Their Insecurities.

The What I Be Project by photographer Steve Rosenfield is an intriguing study into the human condition. The participants in Steve’s projects bare their souls writing their biggest insecurities on their bodies with markers and then letting Steve photograph them. Their messages tell of fears, self-doubts, and labels for society that stop most of us from living happier lives, but it also shows us the amazing bravery of the participants to share their innermost fears with the world. Thomas Kellner - Photography in Art: Monuments. Creative photos by Chema Madoz.

David duChemin – World & Humanitarian Photographer, Nomad, Author. Stone Photography - Galleries. Portraits by Maykel Lima. Maykel Lima is a photographer based in Madrid, Spain. With his outstanding photographs which show alienated faces, bodies and sculptures, he expresses his futuristic unique style. His photographies show mainly plain sceneries which focus on the centre of the picture. It features a motif which Maykel Lima manipulated via digital postproduction. They seem to be static and agitated at the same time, the pixels blur and melt before the eyes of the audience, or appear like a stream flowing down the surface of the image.

Maykel Lima’s art fascinates through its simplicity, which avoids needless details and yet depicts surreal moments in an artistic high valued quality. David Olkarny - Photographer - Shadow Fashion Shoots: Photography by Solve Sundsbo. In the competitive world of commercial photography, one photographer who stands out is SÃ¸lve SundsbÃ¸. His innovative photographic techniques include the skillful use of shadows on fashion models as shown here. Jason Bell photographe.