Repairing Christ the Redeemer Is Not for the Faint of Heights. Hillary May End Up In Jail After All - All Thanks To Trey Gowdy. Adam Evans - Everyone on the planet should watch... A Quilt of Valor for Rosemary! Meet Rosemary Daws from Texas, shown here wrapped in a Quilt of Valor and Love! 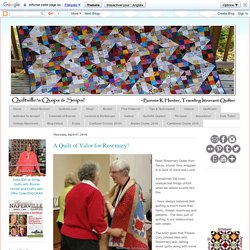 Sometimes the most unexpected things unfold when we attend events like this. I have always believed that quilting is much more than fabric, thread, machines and patterns. The best part of quilting is our relationships with others. The story goes that Pepper Cory (shown here with Rosemary) was talking about quilts along with some of her own family history, and mentioned the military service of her father. Twin boys' World War II dream comes true. CHARLESTON, S.C. -- It all began in Raleigh, North Carolina with a flurry of plastic bombshells. 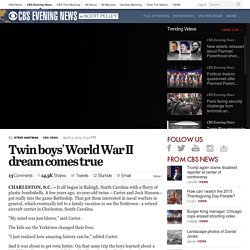 A few years ago, 10-year-old twins -- Carter and Jack Hanson-- got really into the game Battleship. That got them interested in naval warfare in general, which eventually led to a family vacation to see the Yorktown - a retired aircraft carrier in Charleston, South Carolina. "My mind was just blown," said Carter. The kids say the Yorktown changed their lives. One Parent, on Paris: They Might Have Guns, But We Have Flowers. Standing in Paris, his toddler in his arms, one dad answers the question we all ask: How do I talk to my child about terrorism? 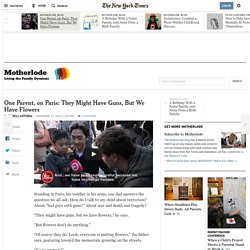 About “bad guys with guns?” About war and death and tragedy? Husband writes defiant tribute to his wife killed in Bataclan massacre. CBS Evening News with Scott Pelley. Miracle on Madison Avenue. Today’s post is a kind of parable, and a true story. 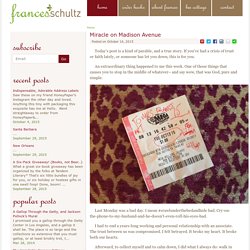 If you’ve had a crisis of trust or faith lately, or someone has let you down, this is for you. An extraordinary thing happened to me this week. One of those things that causes you to stop in the middle of whatever– and say wow, that was God, pure and simple. Last Monday was a bad day. I mean #crawlunderthebedandhide bad. Helping paralyzed soldiers take their first steps. Now Playing Robotic suit helps paralyzed soldiers walk again They put their lives on the line for the good of our country every day- American troops aren’t just patriotic heroes, they are survivors. 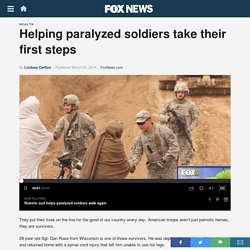 Step Inside an NYC Shipping Container and Chat With Someone in Tehran. 'Portals' exhibit aims to connect far-apart city dwellers and explore their everyday lives Through December 19th, average New Yorkers have the chance to build up relations with the people of Tehran. 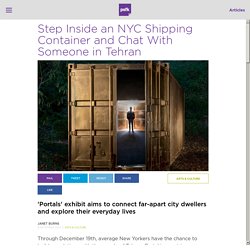 By taking part in a new exhibit, everyday people can stand in an intimate space with an Iranian person and discuss – not international tensions or achievements – but their day-to-day lives, goals, and just about anything else. Last week, Shared Studios launched its “Portals” exhibit, which aims to cross cultural boundaries and about 6,000 miles by bringing residents of New York City and Tehran (virtually) face to face, and getting them talking. Set up inside a custom-designed shipping container at Lu Magnus Gallery in New York’s Lower East Side (and a similar counterpart space in Iran), the project uses high-tech communications gear and simple topics of conversation to create connections between far-away urban dwellers, and may be the first in a series of such cross-national exhibits.

9 Items That Will Pay for Your Costco Membership. Do you have a Costco membership? 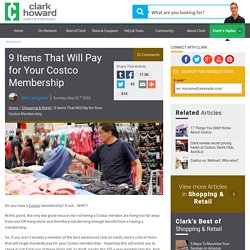 If not…WHY!? At this point, the only two good excuses for not being a Costco member are living too far away from one OR living alone and therefore not deriving enough benefit from a having a membership. Santorums’ new book reveals how faith and love are tested by a daughter’s disability. Over and over, Rick Santorum has watched the old video of himself at a presidential candidate forum in Iowa. 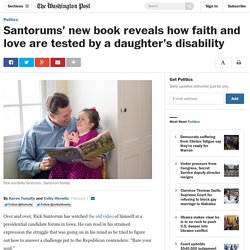 He can read in his strained expression the struggle that was going on in his mind as he tried to figure out how to answer a challenge put to the Republican contenders: “Bare your soul.” The shadow on Santorum’s soul was the memory of a time when he hadn’t loved his own child as a father should. Clay Christensen on Religious Freedom. Photo of Cop Hugging Boy at Ferguson Protest Tells Poignant Story. Sometimes, all you really need is a good hug. 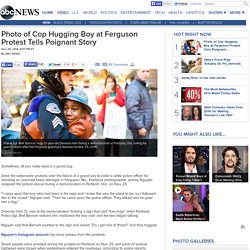 Amid the nationwide protests over the failure of a grand jury to indict a white police officer for shooting an unarmed black teenager in Ferguson, Mo., freelance photographer Johnny Nguyen snapped the picture above during a demonsration in Portland, Ore., on Nov. 25. "I came upon this boy who had tears in his eyes and I knew this was the place to be, so I followed him in the crowd," Nguyen said. "Then he came upon the police officer. About. Google yanks vital Android privacy feature. Well, that didn't take long: shortly after Google added a new Android feature that let you deny apps access to your sensitive personal data, they have revoked it. 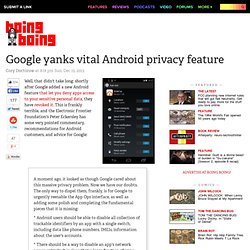 This is frankly terrible, and the Electronic Frontier Foundation's Peter Eckersley has some very pointed commentary, recommendations for Android customers, and advice for Google: A moment ago, it looked as though Google cared about this massive privacy problem. Now we have our doubts. The only way to dispel them, frankly, is for Google to urgently reenable the App Ops interface, as well as adding some polish and completing the fundamental pieces that it is missing: * Android users should be able to disable all collection of trackable identifiers by an app with a single switch, including data like phone numbers, IMEIs, information about the user's accounts.* There should be a way to disable an app's network access entirely. Google Removes Vital Privacy Feature From Android, Claiming Its Release Was Accidental.