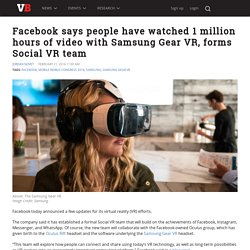 The company said it has established a formal Social VR team that will build on the achievements of Facebook, Instagram, Messenger, and WhatsApp. Of course, the new team will collaborate with the Facebook-owned Oculus group, which has given birth to the Oculus Rift headset and the software underlying the Samsung Gear VR headset. Oculus Rift and HTC Vive: virtual reality remains so near and yet so far. This year is being presented as the time that virtual reality (VR) goes mainstream, with consumer pre-orders of Oculus Rift and HTC Vive dominating the headlines at recent tech events. 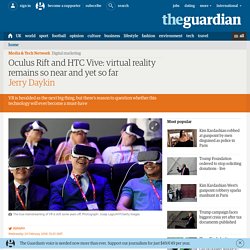 The Consumer Electronics Show and Mobile World Congress have also been packed with eager marketers keen to get their hands on what they think might be the next big thing. “There's a huge lack of quality VR content”: how brands are communicating with new technology. Ian Hambleton is group MD at Studio Output and creative partner at Allez! 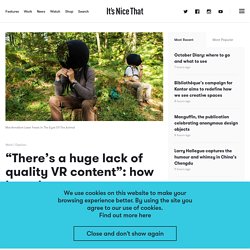 Studio. Here he discusses the opportunities afforded to designers and brands using VR, a technology that is coming increasingly popular and more widely available. 2016 has been described as “the year of VR.” I’m not sure that’s quite true, but it does feel like a critical year for virtual reality. The ideal shopping experience: can technology deliver? Rapid technological advances have turned shopping into a non-stop laboratory for testing out new ways to entice shoppers to tap their plastic and get spending. 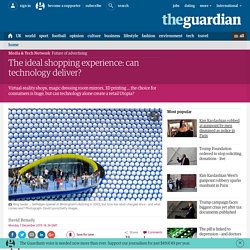 Shops are roadtesting everything from virtual reality headsets and magic mirrors to digital mannequins, while self-service checkouts have become commonplace in supermarkets. At the same time, apps, m-commerce websites and location-based advertising is turning your mobile phone into a shopping device. But in the rush to embrace the future, retailers risk leaving shoppers behind. Shop the iStreet: how smart new tech is changing the future of the fashion store.

Standing in front of a mirror in a changing room is up there with my least favourite things to do. 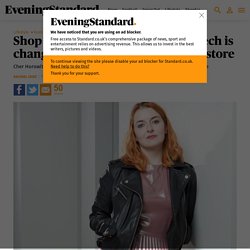 The combination of Blair Witch Project-style lighting and mirrors showing angles you’d rather pretend didn’t exist while a girl in the next cubicle shouts “This one’s too big as well!” Generally results in me bingeing on anything that doesn’t need to be tried on: shoes, bags, jewellery and ill-advised hats. @lilmiquela is the it-girl who lives in your phone. Lil Miquela (@lilmiquela) is a female cyborg, the Android’s android, whose servitude is confined to our phone screen, and a specific space therein. 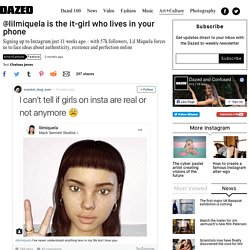 Her Instagram account dates back only 11 weeks, amassing just shy of 57,000 followers and counting, most of whom spend their time trying to figure out what she is. Conflating the lines of online/offline pretty girl that looks so good she might as well be fake, Lil Miquela appears first as an emerging artist (singer?) , possibly new to L.A., light-skinned Instagram Girl just trying to find her #mood. Until you see her face. The thing about an Instagram Girl is, she probably won’t ever exist outside of your phone. 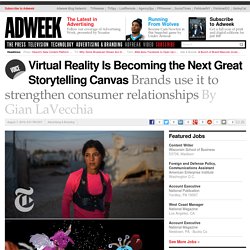 Will You Be Ready for the Virtual Reality Future? I recently finished reading Ready Player One by Ernest Cline. 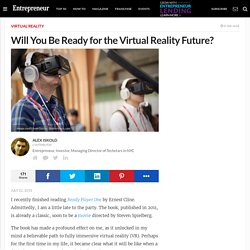 Admittedly, I am a little late to the party. The book, published in 2011, is already a classic, soon to be a movie directed by Steven Spielberg. The book has made a profound effect on me, as it unlocked in my mind a believable path to fully immersive virtual reality (VR). Perhaps for the first time in my life, it became clear what it will be like when a digital copy of me goes through the "gate. " 5 Ways to Incorporate Virtual Reality Into Your Marketing Plan. According to the Digi-Capital, virtual reality (VR) will be a $30 billion market by 2020. 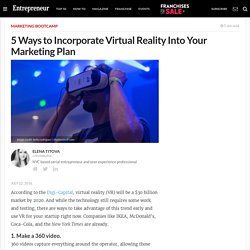 And while the technology still requires some work and testing, there are ways to take advantage of this trend early and use VR for your startup right now. Companies like IKEA, McDonald’s, Coca-Cola, and the New York Times are already. 1. Make a 360 video. 360 videos capture everything around the operator, allowing those watching to feel a full interaction. Because the 360 experience is pretty new, these videos usually get more attention than regular videos. VR Bound - Virtual Reality Comparison and more. Virtual Reality Hits NYFW. NEW YORK, United States – Several designers at New York Fashion Week are enhancing the consumer experience they offer fans of their brands with realtime virtual reality (VR) experiences. 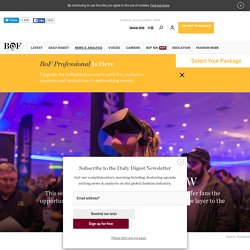 Members of the public will be able to view 13 shows — including Prabal Gurung, Misha Collection, Supima and Band of Outsiders — in VR, through an app, a virtual reality headset and a Samsung smartphone. Viewers will also be able to watch the same 13 shows in 2D on the official NYFW website and the designers’ own websites. In a separate announcement, designer Rebecca Minkoff revealed that she would debut her latest collection with a livestream VR experience, and offer her fans the ability to virtually shop a look straight off the catwalk using an app. The news that designers in New York will offer live VR experiences to fans, which was made by NYFW official technology partner Intel and live event virtual reality firm Voke, is the latest development in a fashion week system that is opening up to consumers.

6 Technology Trends That Will Impact Fashion Industry. You're reading Entrepreneur India, an international franchise of Entrepreneur Media. Fashion Industry has transitioned to becoming digital-centric. Virtual and Augmented Reality Will Reshape Retail. Your camping trip is coming up. Embracing Digital Is a Matter of Survival. LONDON, United Kingdom — Information technologies are radically changing the way businesses operate across industries as diverse as movies and recruiting. As entrepreneur and venture capitalist Marc Andreessen puts it, "Software is eating the world. " Today, Apple and Google top the list of the world’s most valuable brands, according to Interbrand. But the value of technology-driven companies has grown at the expense of many traditional brands and businesses.

Vision Quest: 3 Technologies Shaping the Future of Fashion. LONDON, United Kingdom — From industrial looms to e-commerce, new technologies have remade the fashion world again and again. Forbes Welcome. Forbes Welcome. What is Virtual Reality? VR Definition and Examples. What is Virtual Reality? Meet Instagram's latest star (but she isn’t everything she seems) The (virtual) reality of where shopping is headed.