autoX is a leading Automobile magazine in India that brings you the most comprehensive car and bike reviews and the latest car and bike news. 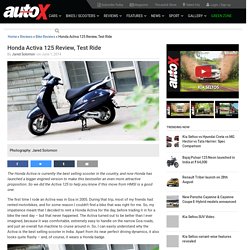 So we did the Activa 125 to help you know if this move from HMSI is a good one. The first time I rode an Activa was in Goa in 2005. During that trip, most of my friends had rented motorbikes, and for some reason I couldn’t find a bike that was right for me. Kia Seltos Review: First Drive. In the complicated world of car manufacturing and catering to varied audiences in different markets around the world, India holds a special place. 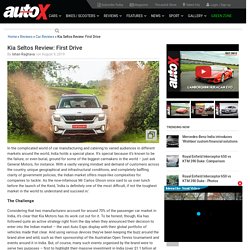 It’s special because it’s known to be the failure, or even burial, ground for some of the biggest carmakers in the world – just ask General Motors, for instance. With a vastly varying mindset and demand of customers across the country, unique geographical and infrastructural conditions, and completely baffling clarity of government policies, the Indian market offers maze-like complexities for companies to tackle. Jaguar XJ50 Review – autoX. It’s no secret that a fiftieth celebration is ought to be special for a carmaker, bike maker or even an association. 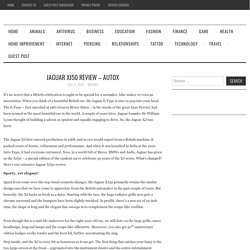 When you think of a beautiful British car, the Jaguar E-Type is sure to pop into your head. The E-Type – first unveiled at 1961 Geneva Motor Salon – in the words of the great Enzo Ferrari, had been termed as the most beautiful car in the world. A couple of years later, Jaguar founder Sir William Lyons thought of building a saloon as opulent and equally engaging to drive. So, the Jaguar XJ was born. The Jaguar XJ first entered production in 1968, and as you would expect from a British machine, it packed oozes of luxury, refinement and performance. Communiy. If you’re open to a no-frills commuter and a motorcycle that straight-on excels in the fuel efficiency department, chances are you already have considered the Platina 110. 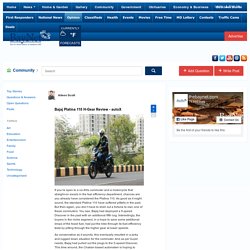 As good as it might sound, the standard Platina 110 have suffered pitfalls in the past. But then again, you don’t have to shell out a fortune to own one of these commuters. You see, Bajaj had deployed a 5-speed Discover in the past with an additional fifth cog. Hyundai Kona Electric SUV Review – AutoX. A decade back in time, if you were in a market for an electric car, you’d either end up getting a grimace or an uncanny gaze. 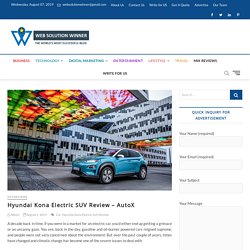 You see, back in the day, gasoline and oil-burner powered cars reigned supreme, and people were not very concerned about the environment. But over the past couple of years, times have changed and climatic change has become one of the severe issues to deal with. Ducati Diavel 1260 S review – autoX - Guidex Pro. Back in the day, if you ask me, there was nothing that came close to being a comfortable cruiser, an exhilarating sports bike and a versatile naked altogether. 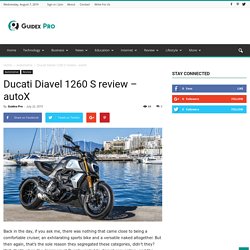 But then again, that’s the sole reason they segregated these categories, didn’t they? 2020 BMW S 1000 RR Review – autoX. Renault Zoe Autonomous Review - AutoX - Ezinepublish. We are not very distant from a time when cars start driving themselves and become completely autonomous. 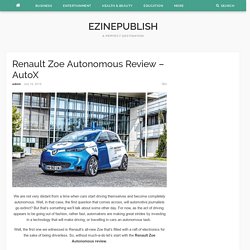 Well, in that case, the first question that comes across, will automotive journalists go extinct? But that’s something we’ll talk about some other day. For now, as the act of driving appears to be going out of fashion, rather fast, automakers are making great strides by investing in a technology that will make driving, or travelling in cars an autonomous task. Well, the first one we witnessed is Renault’s all-new Zoe that’s fitted with a raft of electronics for the sake of being driverless.

Hyundai Santro Review. Hyundai India has become the 2nd leading carmaker in the Indian market, and the sole reason for the Korean automaker’s success is the Santro. 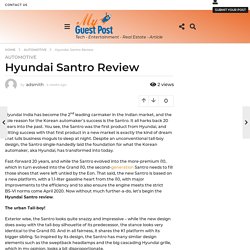 It all harks back 20 years into the past. You see, the Santro was the first product from Hyundai, and hitting success with that first product in a new market is exactly the kind of dream that lulls business moguls to sleep at night. Tata Harrier Review: A smaller Land Rover with Tata insignia – Cars and Automobiles Topic. Ever since Tata Motors showcased their H5X concept at the 2018 Auto Expo, the Harrier became one of the most anticipated cars of the year. 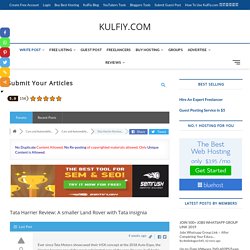 You see, it all harks back to 2008 when Tata Motors successfully completed the acquisition of Jaguar Land Rover. And at that moment, the first question that popped up in everyone’s mind was – will we be seeing a smaller Land Rover from Tata? Well, after years of planning and production, Tata showcased their H5X concept. 2019 Ford Figo Review, Ford Figo Review, Ford Figo. With the recent launch of the Freestyle and the mid-life makeover for the Figo Aspire, it was only time we witness the much-awaited update for the mid-size American hatchback, the Figo. 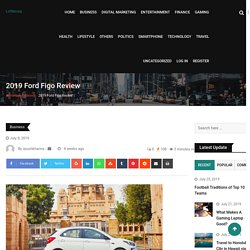 No prizes for guessing, but in terms of overall sales and numbers, the Figo has done some wonders for the American automaker. You see, the Figo has always been an enthusiast’s delight in complete generosity to its excellent suspension and fantastic steering feel. Honda Navi Review - First Ride. The Honda Navi is certainly one of the most interesting new two-wheelers on offer in India. But what exactly is it and what is it capable of doing? It’s fresh, it’s new, it’s different, and it’s even got its own app. Suzuki Gixxer SF Review: First Ride. For 2019, the Suzuki Gixxer SF gets a new design, a clip-on handlebar, a revised chassis and a few other tweaks. But do these updates add up to make a real difference?

Yamaha Saluto Review, Test Ride. This is Yamaha’s re-entry in the ever evolving 125cc segment. But does it have what it takes to beat the establishment? We find out if the Japanese manufacturer has managed to instil the fun quotient in this new commuter bike. Yamaha has been in the news for the last few weeks for their new pocket friendly 125cc motorcycle, Saluto. The bike did attract some attention while parked outside our office, which validates the fact that it does look nice when compared to others in the segment. To succeed in this segment, though, you either need a legacy to bank on or you better have dynamic performance to back you up. Tata Harrier Review: First Drive. When Tata Motors completed the acquisition of Jaguar Land Rover in 2008, the first question that popped up in everyone’s mind was – will we now see a Land Rover in Tata clothing or rather metal sheets?

Well, after years of brainstorming, planning and changing platforms from the Freelander to the current Discovery Sport, Tata showcased their new beast, the H5X Concept, now known as the Harrier, at the 2018 Auto Expo, giving us a glimpse of what we can expect in the future from the Indian manufacturer. No doubt the Harrier is the most talked about SUV of this year, and therefore, we flew to Jodhpur, brimming with anticipation, to drive this SUV to Khimsar – a village situated at the edge of the Thar desert – and back. Nissan Kicks Performance Review. Maruti Suzuki Wagon R Review. Maruti Suzuki Wagon R Review. 2019 Maruti Suzuki WagonR Review: First Drive. Maruti Suzuki’s third generation WagonR has been designed to keep its identity intact. But in doing so, Maruti has cleverly added a whole new dimension to one of its all-time bestsellers. 20 years!

2019 Honda Civic Review: First Drive. Making a comeback after almost six years, Honda’s new Civic flaunts some radical design changes. But is it enough to revive an ailing executive sedan segment? 2019 Honda Civic Review: First Drive. Honda Civic review – autoX - Stillbon Articles. Suzuki Gixxer SF Reviews, Price, Top Speed and Mileage. With some added weight over the previous model, the Gixxer SF is comparatively much more confident and agile through the corners and twists. The engineers at Suzuki have managed to pass down a revised version of the older chassis. Ford Figo Review – autoX. The second-generation Figo was launched back in 2016 and it was about time for the American machine to get a mid-life update.