Thanksgiving – All of My Favorites in One Meal. By Riki Shore Here’s a little secret. 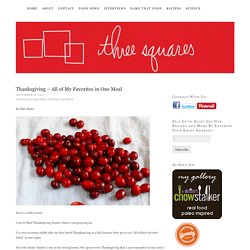 I never liked Thanksgiving dinner when I was growing up. I’ve met so many adults who say they loved Thanksgiving as a kid because they got to eat “all of their favorite foods” in one night. Favorite foods? Maybe I was at the wrong house. But when I did manage to glimpse inside, the women were all at work making casseroles from vegetables in cans. When I was old enough to host Thanksgiving, I decided I’d buck tradition and serve all of my favorite foods in one meal. Those first few years we were living in the Pacific Northwest and the centerpiece of Thanksgiving was a side of salmon, special-ordered, and oven-roasted with only salt and pepper. A couple of years ago, I finally gave in to tradition and ordered a turkey breast. This year, I’m planning to make some old favorites and a few new dishes too. Raw Cashew Dreamcake. Holy Mother of Pete. 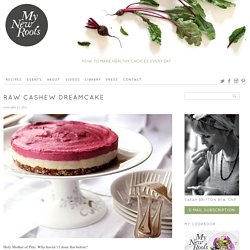 Why haven’t I done this before? I’m talking about raw cheesecake, and I suppose the reasons I haven’t made one yet now seem like silly excuses. I feel like a frickin’ kitchen magician, people. Join me. Now, I am not pretending I came up with this brilliant idea – I bet making cheesecake out of nuts has been around as long as vegans have tried making meat out of gluten. Now onto the flavouring. This is one dessert that is seriously hard to mess up. The Skinny on Coconut FatI get a lot of questions about coconut oil, as it is high in fat and people still seem to be terrified of this. Raw Cashew DreamcakeIngredients:Crust:1/2 cup raw almonds (pecan or walnuts will also work)1/2 cup soft Medjool dates¼ tsp. sea salt Filling:1 ½ cups raw cashews, soaked for at least 5 hours, overnight is bestjuice of 2 lemonsthe seeds of 1 whole vanilla bean (or 1 tsp. alcohol-free vanilla extract)1/3 cup raw coconut oil, melted1/3 cup raw honey (solid or liquid.) 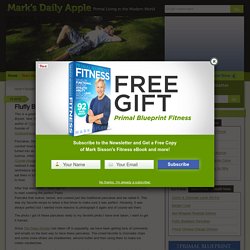 Pancakes, they were my favorite comfort food as a child and then turned into an enabling food for my bulimia. After overcoming my 12-year struggle with bulimia, I realized it was empowering to reintroduce some old comforts and eat them in a healthy space relating to food. After that realization, I dove right in to start creating the perfect Paleo Pancake that looked, tasted, and cooked just like traditional pancakes and we nailed it. This was my favorite recipe to retest a few times to make sure it was perfect. Honestly, it was always perfect but I wanted more reasons to photograph it again and of course eat them. The photo I got of these pancakes really is my favorite photo I have ever taken, I want to get it framed.

Now it is your turn to make these pancakes and get as creative as your taste buds desire. Servings: 5 pancakes Prep time: 5 minutes. Honey Grapefruit Gelee (GAPS, Paleo) "FRIED" HONEY BANANAS. To quote a friend: I don’t eat desserts. 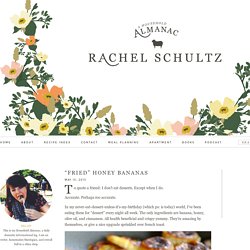 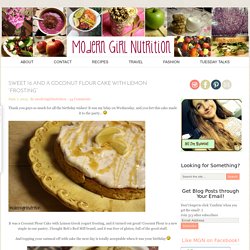 It was my bday on Wednesday, and you bet this cake made it to the party… It was a Coconut Flour Cake with Lemon Greek yogurt frosting, and it turned out great! Coconut Flour is a new staple in our pantry. I bought Bob’s Red Mill brand, and it was free of gluten, full of the good stuff. And topping your oatmeal off with cake the next day is totally acceptable when it was your birthday My family and friends came to celebrate with us, it was such a good bday.