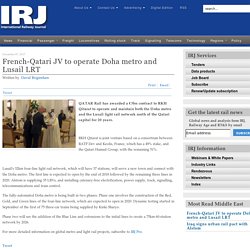 RKH Qitarat is joint venture based on a consortium between RATP Dev and Keolis, France, which has a 49% stake, and the Qatari Hamad Group, with the remaining 51%. Lusail's 32km four-line light rail network, which will have 37 stations, will serve a new town and connect with the Doha metro. The first line is expected to open by the end of 2018 followed by the remaining three lines in 2020.

Alstom is supplying 35 LRVs, and installing catenary-free electrification, power supply, track, signalling, telecommunications and train control. The fully-automated Doha metro is being built in two phases. Phase two will see the addition of the Blue Line and extensions to the initial lines to create a 75km 60-station network by 2026. Macron eyes deals for Doha's metro, Rafale fighter jets - Welcome Qatar.

France is close to finalising major military and transport contracts during a visit by Emmanuel Macron to Qatar on Thursday, a French presidential source said. 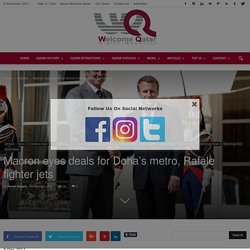 Qatar has an option to buy 12 more Dassault-made Rafale fighter jets after buying 24 planes in 2015 for about six billion euros ($7.11bn) and officials have said that the deal could be concluded this week. The Rafale is made by Dassault Aviation. “We’ve been negotiating for months,” defence minister Florence Parly had told BFM TV. The two sides are also in talks for sale of 300 VBCI armoured vehicles from French firm Nexter and a contract worth some three billion euros to manage the Doha metro for 20 years. “Discussions are ongoing,” a French presidential source told reporters on Monday ahead of the visit. Paris has pushed further business interests in Qatar as well as encourage investment into France, where Qatar already has assets worth about $10bn. Doha Metro project on track as 62% work is completed.

More than 60% of the Doha Metro Phase 1 work has been completed and the project is on schedule, a senior official of Qatar Railways Company (Qatar Rail) has said. 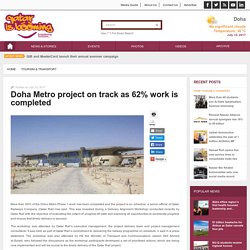 This was revealed during a Delivery Alignment Workshop conducted recently by Qatar Rail with the objective of evaluating the extent of progress till date and exploring all opportunities to accelerate progress and ensure that timely delivery is secured. The workshop was attended by Qatar Rail’s executive management, the project delivery team and project management consultants. 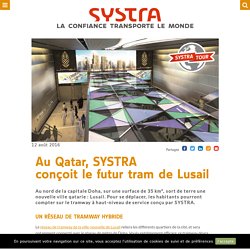 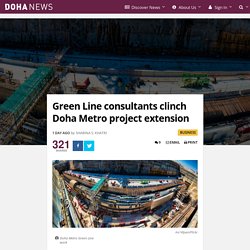 Khatri Avi Viljoen/Flickr Doha Metro Green Line work The project managers of the Doha Metro’s Green Line have secured a $43.1 million contract extension with Qatar Rail, Hill International has announced. The US-based firm has an 80 percent stake in a joint venture with Astad Engineering, and has been working on phase one of the line’s construction since 2012. The JV will continue managing the project for at least another 30 months, it said. 100km of tunnelling completed on Doha Metro project - Construction. Doha Metro Project has completed 100km of tunnelling and 41 percent of the whole project, Qatar Rail said in a statement on Wednesday. 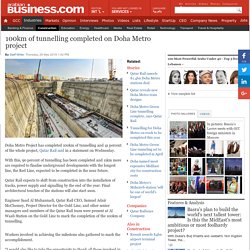 With this, 90 percent of tunnelling has been completed and 11km more are required to finalise underground developments with the longest line, the Red Line, expected to be completed in the near future. Qatar Rail expects to shift from construction into the installation of tracks, power supply and signalling by the end of the year. Final architectural touches of the stations will also start soon. Hill consortium nabs Qatar's $42m Lusail rail deal. Qatar Rail replaces contractor on Doha Metro – Emirates Business. Qatar Rail has appointed Athens-based Consolidated Contractors Company (CCC) to replace the joint venture of South Korea’s Samsung C&T, Spain’s OHL and the local Qatar Building Company (QBC) on the Doha Metro project. 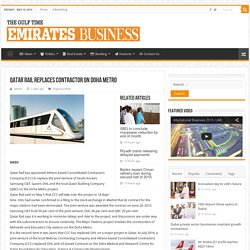 Qatar Rail said on May 5 that CCC will take over the project in 14 days’ time. OHL had earlier confirmed in a filing to the stock exchange in Madrid that its contract for the major stations had been terminated. The joint venture was awarded the contract on June 20, 2013. Samsung C&T hold 50 per cent of the joint venture, OHL 30 per cent and QBC 20 per cent. Qatar Rail says it is working to minimise delays and risks to the project, and discussions are under way with the subcontractors to ensure continuity. Qatar Rail cancels $1.4bn Doha Metro stations deal. Qatar Railways Company has terminated the contract of an international consortium that was building the stations of the Doha Metro project and appointed a new contractor to take its place. 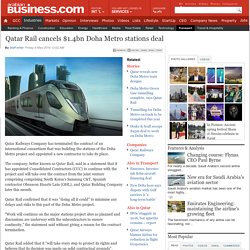 The company, better known as Qatar Rail, said in a statement that it has appointed Consolidated Contractors (CCC) to continue with the project and will take over the contract from the joint venture comprising comprising South Korea's Samsung C&T, Spanish contractor Obrascon Huarte Lain (OHL), and Qatar Building Company later this month. Qatar Rail confirmed that it was "doing all it could" to minimise any delays and risks to this part of the Doha Metro project. "Work will continue on the major stations project sites as planned and discussions are underway with the subcontractors to ensure continuity," the statement said without giving a reason for the contract termination. Qatar Rail fires major Doha metro station contractors.

QATAR Rail (QR) has terminated its contact with the consortium building the main stations for the $US 17.8bn Doha metro project. 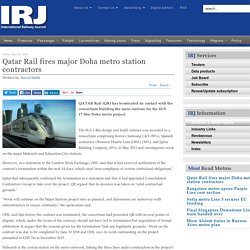 The $US 1.4bn design and build contract was awarded to a consortium comprising Korea's Samsung C&T (50%), Spanish contractor Obrascon Huarte Lain (OHL) (30%), and Qatar Building Company (20%) in May 2013 and encompasses work on the major Msheireb and Education City stations. However, in a statement to the London Stock Exchange, OHL said that it had received notification of the contract's termination within the next 14 days, which cited "non-compliance of certain contractual obligations.

" Qatar Rail subsequently confirmed the termination in a statement and that it had appointed Consolidated Contractors Group to take over the project. QR argued that its decision was taken on "solid contractual grounds. " "Work will continue on the Major Stations project sites as planned, and discussions are underway with subcontractors to ensure continuity," the spokesman said. Sans titre. Gold Line (Historic Line) Red Line. The Red Line, also known as the Coast Line, runs for about 40 kilometres from Al Wakra in the south to Lusail in the north. 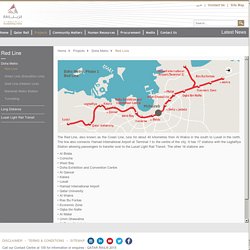 "Across the project as a whole, we are continuing to make significant progress and as we prepare to move from the construction to systems and architectural works, we are delighted to have been able to achieve all this within the timelines and budgets allocated for this monumental endeavour. " Doha metro tunnel breakthrough. QATAR: Qatar Rail celebrated the completion of tunnelling on the Red Line North section of the metro when a TBM broke through between Legtaifiya and Qatar University stations on March 21. Boring of the 11·3 km tunnel started on July 19 2014 and used four earth pressure balance TBMs. They achieved an average of 30 m per day at their peak, with the best daily rate of 42 m set by Lebretha on March 29 2015.

Work on the Red Line North package is being carried out by the ISG joint venture of Impregilo, SK E&C and Galfar Al Misnad. Covering the section from Msheireb to Lusail, it includes seven underground stations and two above ground. QR reports that this section is more than 70% complete. ‘We and our colleagues in ISG have had to overcome some significant challenges’, said Qatar Rail Managing Director Abdulla Al Subaie.

The north-south Red Line will link Lusail to Al Wakra, with a branch to Hamad International Airport. Doha Metro Green Line tunneling set to be completed in April. Qatar Rail, which is overseeing the construction of the country's railway network, has announced that two tunnel boring machines have completed their work on Doha Metro's Green Line. The Al Rayyan and Al Gharrafa machines, which each went through four breakthroughs before reaching the final destination at Msheireb, are two of 21 used in the first phase of the rail project. To date, 30km out of 33km has been tunnelled on the Green Line in less than 18 months, according to a statement from Qatar Rail, which added that tunneling will be completed in early April.