Venus-Pluto Synastry. The Venus person embodies the qualities of grace, charm and beauty which activates very powerful and intense emotions from the Plutonian individual. 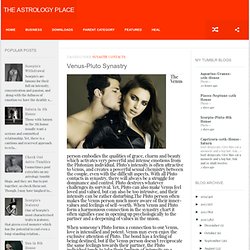 Pluto’s intensity is often attractive to Venus, and creates a powerful sexual chemistry between the couple, even with the difficult aspects. With all Pluto contacts in synastry, there will always be a struggle for dominance and control. Pluto destroys whatever challenges its survival. Yet, Pluto can also make Venus feel loved and valued, but can also be too intrusive, and their intensity can be rather disturbing.The Pluto person often makes the Venus person much more aware of their inner-values and feelings of self-worth.

When Venus and Pluto form a harmonious connection in the synastry chart it often signifies ease in opening up psychologically to the partner and a deepening of values in the union. When someone's Pluto forms a connection to our Venus, love is intensified and potent. Taking the Relationship to Another Level. A Deadly Affair. For some light reading I delved into the book: True Crimes of Passion – When Love Hurts. 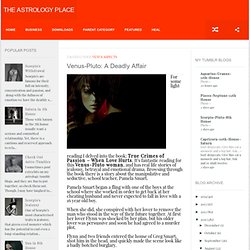 It’s fantastic reading for this Venus-Pluto woman, and has real life stories of jealousy, betrayal and emotional drama. Browsing through the book there is a story about the manipulative and seductive, school teacher, Pamela Smart. Pamela Smart began a fling with one of the boys at the school where she worked in order to get back at her cheating husband and never expected to fall in love with a 16 year old boy. When she did, she conspired with her lover to remove the man who stood in the way of their future together. At first her lover Flynn was shocked by her plan, but his older lover was persuasive and soon he had agreed to a murder plot. Flynn and two friends entered the house of Greg Smart, shot him in the head, and quickly made the scene look like a badly botched burglary. Venus Pluto / Venus In Scorpio / Venus in the 8th Blind Spot « ElsaElsa Boards. 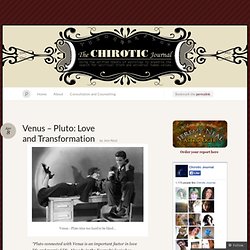 “Pluto connected with Venus is an important factor in love life and married life. Already in the Kosmobiologisches Jahrbuch 1965 I have drawn attention to the fact that the two “society ladies” Nitribitt of Frankfurt and Keeler of London, in fact had a close conjunction and opposition of Venus and Pluto respectively. In their cases, an excessively accentuated sex life was combined with immoral conduct.”

So says the late, great Ebertin in his seminal treatise on “The Influence of Pluto on Human Love Life”, published in English in 1970: he goes on to intimate something of the profound difficulty with the contact: “However it must definitely not be thought that Pluto – Venus combinations are always indicative of negative qualities, and that so a warning should be given to be careful about entering into marriage with such a person… Venus and Pluto do not necessarily lead to debauched and licentious ways. 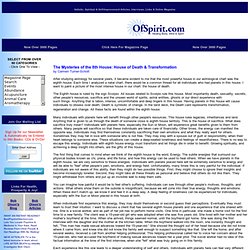 Each time I analyzed a natal chart, there would be a common thread for all individuals who had planets in this house. I want to paint a picture of the most intense house in our chart: the house of death. Venus Pluto Connections. To understand the concept of Venus Pluto connections, we first have to go back into the past for a moment. 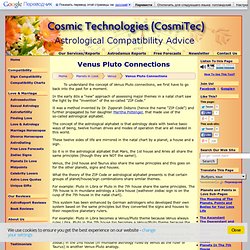 In the early 80s a "new" approach of assessing major themes in a natal chart saw the light by the "invention" of the so-called "ZIP Code. " It was a method invented by Dr. Zipporah Dobyns (hence the name "ZIP Code") and further propagated by her daughter Maritha Pottenger, that made use of the so-called astrological alphabet. The concept of the astrological alphabet is that astrology deals with twelve basic ways of being, twelve human drives and modes of operation that are all needed in this world.