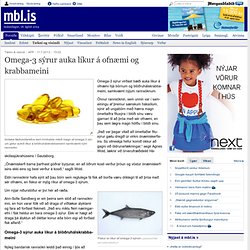 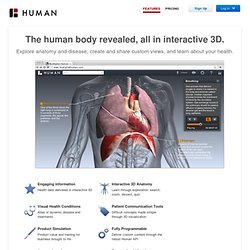 Engaging marketing materials: Equip your sales and marketing teams with stunning visuals to spread the word about your latest products. Portable and cost-effective visuals: Access information on-the-go through our Cloud-based platform, which enables you to pull up information through a browser or mobile device without traditional software development and maintenance headaches.

Connect with Providers and Patients: Demonstrate the value and proper use of your products by presenting them in the context of a virtual body. Read more » Visualize the value of your products within the human body. Science Confirms: The More Coffee You Drink, The Longer You Will Live. Authority Nutrition - An Evidence-Based Approach. Animal protein-rich diets could be as harmful to health as smoking. A diet rich in meat, eggs, milk and cheese could be as harmful to health as smoking, according to a controversial study into the impact of protein consumption on longevity. High levels of dietary animal protein in people under 65 years of age was linked to a fourfold increase in their risk of death from cancer or diabetes, and almost double the risk of dying from any cause over an 18-year period, researchers found. However, nutrition experts have cautioned that it's too early to draw firm conclusions from the research. The overall harmful effects seen in the study were almost completely wiped out when the protein came from plant sources, such as beans and legumes, though cancer risk was still three times as high in middle-aged people who ate a protein-rich diet, compared with those on a low-protein diet.

The study throws doubt on the long-term health effects of the popular Atkins and Paleo diets that are rich in protein. "Spend a couple of months looking at the labels on your food. How is caffeine removed to produce decaffeinated coffee? Fergus Clydesdale, head of the Food Science Department at the University of Massachusetts at Amherst, provides this answer: "First, some background. 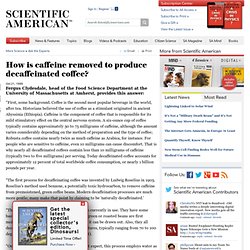 Coffee is the second most popular beverage in the world, after tea. Historians believed the use of coffee as a stimulant originated in ancient Abyssinia (Ethiopia). Caffeine is the component of coffee that is responsible for its mild stimulatory effect on the central nervous system. Hin gyllta mjólk: Drykkurinn sem gæti breytt lífi þínu. Dásamlegur drykkur Eitt aðal hráefnið í þessari uppskrift er Turmeric. 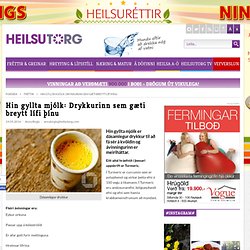 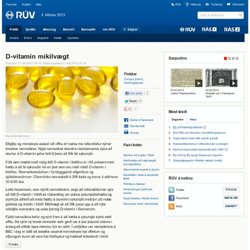 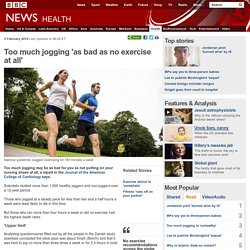 My Top 4 Sources of Vitamin D As a Raw Vegan. Blessings All!! 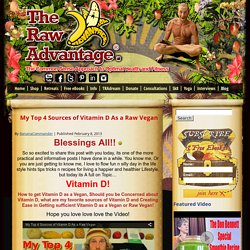 So so excited to share this post with you today, its one of the more practical and informative posts I have done in a while. You know me, Or you are just getting to know me, I love to flow fun n silly day in the life style hints tips tricks n recipes for living a happier and healthier Lifestyle, but today its A full on Topic… Vitamin D! Longer duration of breastfeeding linked with higher adult IQ and earning ability. Longer duration of breastfeeding is linked with increased intelligence in adulthood, longer schooling, and higher adult earnings, a study following a group of almost 3500 newborns for 30 years published in The Lancet Global Health journal has found. 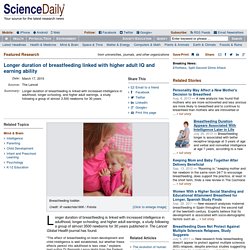 "The effect of breastfeeding on brain development and child intelligence is well established, but whether these effects persist into adulthood is less clear," explains lead author Dr Bernardo Lessa Horta from the Federal University of Pelotas in Brazil. "Our study provides the first evidence that prolonged breastfeeding not only increases intelligence until at least the age of 30 years but also has an impact both at an individual and societal level by improving educational attainment and earning ability. What is unique about this study is the fact that, in the population we studied, breastfeeding was not more common among highly educated, high-income women, but was evenly distributed by social class. Breastfeeding duration appears associated with intelligence later in life. Breastfeeding longer is associated with better receptive language at 3 years of age and verbal and nonverbal intelligence at age 7 years, according to a study published by JAMA Pediatrics, a JAMA Network publication. 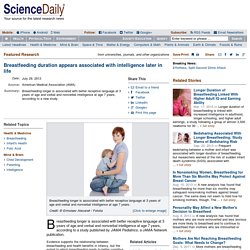 Evidence supports the relationship between breastfeeding and health benefits in infancy, but the extent to which breastfeeding leads to better cognitive development is less certain, according to the study background. Mandy B. Belfort, M.D., M.P.H., of Boston Children's Hospital, and colleagues examined the relationships of breastfeeding duration and exclusivity with child cognition at ages 3 and 7 years. They also studied the extent to which maternal fish intake during lactation affected associations of infant feeding and later cognition. Researchers used assessment tests to measure cognition. Olive Oil Health Benefits and Nutrition. The health benefits of the Mediterranean diet have been cited in numerous studies, and now with a new large study confirming that it protects from metabolic syndrome we have yet another reason to adopt this style of eating. 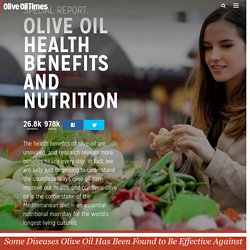 The metabolic syndrome is a combination of abdominal obesity, high blood pressure, abnormal cholesterol, and high blood sugar. “Metabolic syndrome is connected to the obesity epidemic of our time, a big belly poisons our metabolism and a poisoned metabolism can result in type 2 diabetes, heart attacks, stroke, or sudden death,” a leading researcher noted. The new study found that a Mediterranean-style diet -- which includes olive oil, daily consumption of fruits, vegetables, whole grain cereals, and low-fat dairy products, weekly consumption of ﬁsh, poultry, legumes, and a relatively low consumption of red meat -- can reduce the risk of metabolic syndrome.