Can science 'enrich the understanding but rob the imagination?' As an evolutionary ecologist, I’ve spent decades delving into the luminous lives of fireflies, glow-worms, and their kin. 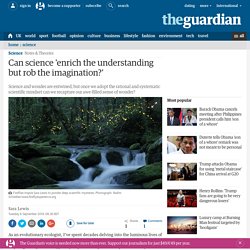 Celebrated worldwide for their wonder-inspiring ability, fireflies typically inspire me to ponder deep scientific mysteries: postcopulatory sexual selection, courtship signalling, and nuptial gifts. But every field season, I give my scientific mindset a rest for at least one night. From concrete to coral: breeze blocks make a splash regenerating reefs. The outboard motor roared into life and the rope snapped tight, flicking sand across the beach. 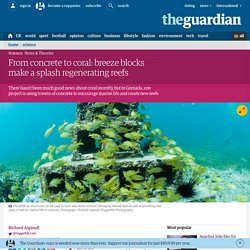 For a fraction of a second, the inertia of half a ton of concrete held sway before the entire construction slid down the runners and into the surf. I fully expected it to sink, leaving a tattered rope to skip across the wave tops, but the team from Grenada’s Grand Anse Reef Regeneration Project (GARRP) had done this before and all was well. Afrískum gresjufílum hefur fækkað um 30% Introducing Dryad’s new board members. One of the most rewarding things about working for Dryad is collaborating with talented and passionate professionals from across the globe who are dedicated to increasing the availably of open data. 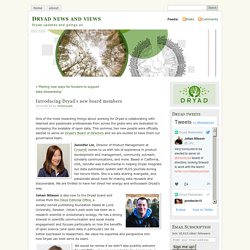 This summer, two new people were officially elected to serve on Dryad’s Board of Directors and we are excited to have them our governance team. Jennifer Lin, Director of Product Management at Crossref, comes to us with lots of experience in product development and management, community outreach, scholarly communications, and more. A Long Term Bottom in Uranium, by @Goldfinger.

Uranium spot prices have been bouncing along a bottom near $26/lb for the last several months: The recent drop below $26/lb followed by quick snapback above have the makings of a failed breakdown, particularly when considering the significant momentum divergences in recent weeks. 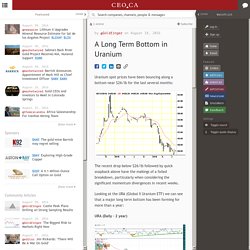 Looking at the URA (Global X Uranium ETF) we can see that a major long term bottom has been forming for more than a year: URA (Daily - 2 year) Over ~$16 URA targets ~$20 (~38% higher than current levels) and the descending triangle pattern which has formed in recent months looks to be ripe for resolution: Above ~$14.75 targets a move up to test the April highs and longer term resistance near $16. Fá að spila EVE Online ókeypis. Gjalda með blóði fyrir brotin loforð. 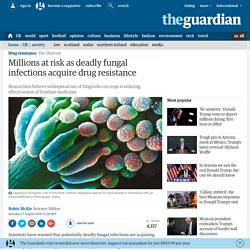 More than a million people die of fungal infections every year, including about 7,000 in the UK, and deaths are likely to increase as resistance continues to rise. Researchers say the widespread use of fungicides on crops is one of the main causes of the rise in fungal resistance, which mirrors the rise of resistance to antibiotics used to treat bacterial infections in humans. “There are close parallels between bacterial and fungal resistance, though the problems we face with the latter are particularly worrying,” said Prof Adilia Warris, a co-director of the newly opened Centre for Medical Mycology at Aberdeen University. One Drop Foundation. ONE DROP is an international non-profit organization created by Cirque du Soleil founder Guy Laliberté. 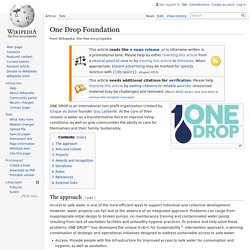 At the core of their mission is water as a transformative force to improve living conditions, as well as give communities the ability to care for themselves and their family. Sustainably. The approach[edit] Access to safe water is one of the most efficient ways to support individual and collective development. However, water projects can fail due to the absence of an integrated approach. Access: Provide people with the infrastructure for improved access to safe water for consumption and hygiene, as well as sanitation.Behaviour: Use locally inspired social art forms to raise awareness, mobilize communities and influence positive behavioral change over the long term.Capital: Offer financial and entrepreneurial training as well as microloans to support market-based solutions, local agricultural production, economic growth and improved community well-being. 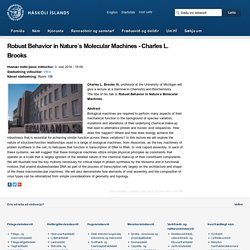 Brooks III, professor at the University of Michigan will give a lecture at a Seminar in Chemistry and Biochemistry. The title of his talk is Robust Behavior in Nature´s Molecular Machines Abstract Biological machines are required to perform many aspects of their mechanical function in the background of species variation, mutations and alterations of their underlying chemical make-up that lead to alternative protein and nucleic acid sequences. Two Superpowers We Wish We Had. At some point today, you’ll probably do one or all of these things: Flip a switch for light. 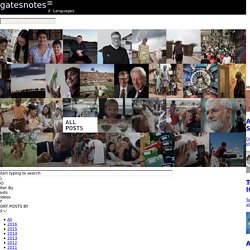 Take fresh food from a refrigerator. Turn a dial to make your home warmer or cooler. Press a button on your laptop to go online. > The Chart of Cosmic Exploration. All Best Sellers Just In Prints > 39 x 27 Prints > All Prints > Nature Prints > Tech (Click image to activate zoom) 39" x 27" 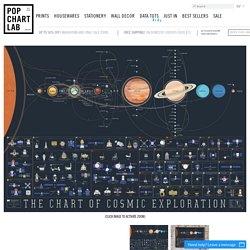 Podcast. Note: this episode can be listened to in the player above or on iTunes or Stitcher. 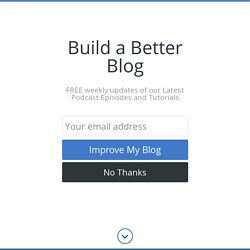 Welcome to episode 96. Today we are talking about business blogging and using your blog to promote your business or products. Tefélagið.