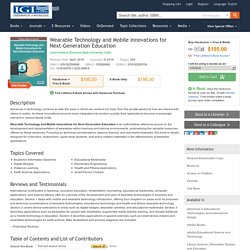 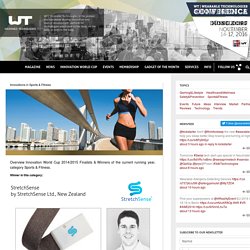 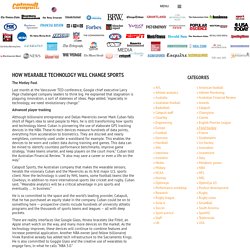 He explained that stagnation is plaguing innovation, a sort of staleness of ideas. Page added, “especially in technology, we need revolutionary change.” Types of Wearables - The Future of Wearable Technology. What is the big deal? 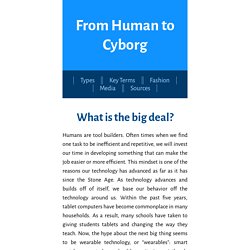 Humans are tool builders. Often times when we find one task to be inefficient and repetitive, we will invest our time in developing something that can make the job easier or more efficient. This mindset is one of the reasons our technology has advanced as far as it has since the Stone Age. As technology advances and builds off of itself, we base our behavior off the technology around us. Within the past five years, tablet computers have become commonplace in many households.

What is Wearable Tech and what can I do with it? Wearable Tech Expands Human Potential. Wearable Technology - Statistics & Facts. 2014 was hailed by many tech publications and experts as the “Year of the Wearable,” thus reflecting an explosion of new wearable products, giant electronic companies competing neck to neck with young, crowd-funded startups and a very quick market growth compared to previous years. 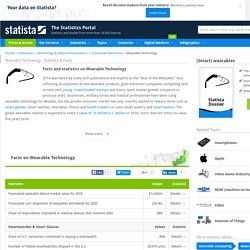 Businesses, military forces and medical professionals have been using wearable technology for decades, but the private consumer market has only recently started to feature items such as smart glasses, smart watches, hearables, fitness and health trackers or even smart jewelry and smart fashion. The global wearables market is expected to reach a value of 19 billion U.S. dollars in 2018, more than ten times its value five years prior. Depending on how one defines wearable technology, the invention of the first wearable device can be traced to the creation of the portable watch in the 16th century. This text provides general information. Resultado de imagen para wearable technolog. Resultado de imagen para wearable technolog. Wearable Technologies is the pioneer and worldwide leading innovation and market development platform for technologies worn close to the body, on the body or even in the body.