Design Firm Aecom to Build Hyperloop Test Track for SpaceX. After initially unveiling his concept for a “fifth mode of transport” back in 2012 (i.e., the Hyperloop system), Elon Musk stayed relatively quiet while unaffiliated businesses and startups raced to develop the innovative tech. 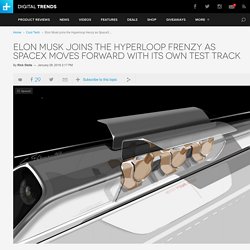 That is, until now. According to a recent announcement, Musk’s aerospace manufacturer SpaceX has officially tasked the construction and design firm Aecom with building a Hyperloop test track just outside of its headquarters in Hawthorne, California. Hyperloop Set To Fly With Their New Passive Maglev System. When it comes to transport, you are spoilt for choice these days. 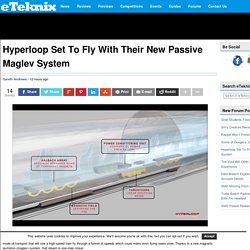 From being able to hop on a bus or train, to driving your own car or even calling a lift through a taxi app, the ways to get around are often decided more by habit than actual choice. One option that looks to change that is the Hyperloop, a mode of transport that will see a high-speed train fly through a tunnel at speeds which could make even flying seem slow. Thanks to a new magnetic levitation (maglev) system, that dream is one step closer. The original design, as put forward by Elon Musk (the guy behind Tesla and SpaceX), saw the trains flying through the tunnel and being levitated by a compressed air system, the new technology would see this replaced by a series of magnets on the train.

The magnets would be outlined in a Halbach array, an arrangement designed to focus the magnetic field in a single direction, avoiding and issues your phone or devices might have with a strong magnetic field. HTT licenses safe, cheap Hyperloop levitation tech. In 2013, Tesla and SpaceX CEO Elon Musk shared his idea for a blazing-fast and environment-friendly mode of transport: a train inside an airless tube, which he called Hyperloop. 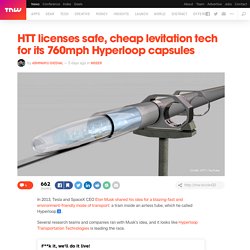 Several research teams and companies ran with Musk’s idea, and it looks like Hyperloop Transportation Technologies is leading the race. F**k it, we'll do it live! Our biggest ever edition of TNW Conference is fast approaching! Join 10,000 tech leaders this May in Amsterdam. The company announced that it has licensed a passive magnetic levitation system to allow its passenger trains to travel at speeds of 760mph, while negating the need for power infrastructure, as well as offering increased safety over alternatives like MagLev. First SpaceX Hyperloop Transit Pod Contender Unveiled [Video] Nearly three years ago tech visionary Elon Musk outlined his vision for a new type of public transit that would be second only to teleportation in terms of speed, efficiency and “overall coolness.” 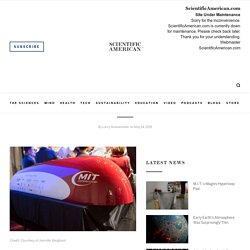 The Hyperloop, as he envisioned it, would whisk commuter-filled pods hundreds of kilometers in a matter of minutes via tubes running either above- or belowground. The biggest flaw in his vision: he had no intention of actually building it. But engineers around the world have rushed in to fill that void. Hyperloop pod competition. The Hyperloop pod competition is an incentive prize competition sponsored by SpaceX that is being held in 2015–2016 where a number of student and non-student teams are participating to design—and for some, build—a subscale prototype transport vehicle to demonstrate technical feasibility of various aspects of the Hyperloop concept. 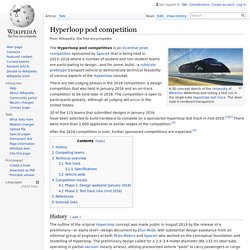 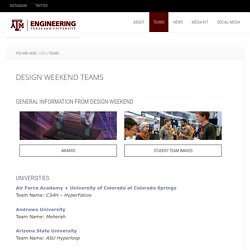 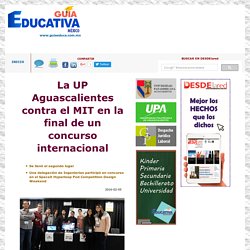 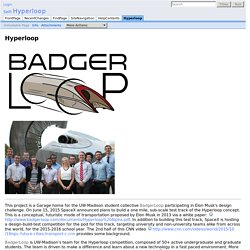 On June 15, 2015 SpaceX announced plans to build a one mile, sub-scale test track of the Hyperloop concept. This is a conceptual, futuristic mode of transportation proposed by Elon Musk in 2013 via a white paper: In addition to building this test track, SpaceX is hosting a design-build-test competition for the pod for this track, targeting university and non-university teams alike from across the world, for the 2015-2016 school year. 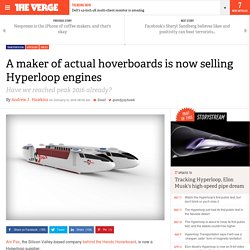 Late last year, the company said it wanted to sell its patented hover engines, which float actual hoverboards an actual 20 millimeters off the actual ground, to Hyperloop designers. Today, the company says it's in talks with both Los Angeles-based startups that are laboring to build the world's first tube-based, supersonic transportation network. And the company is helping participants in next week's Hyperloop pod design competition in Texas, which is being sponsored by Elon Musk's SpaceX. The company's transformation from dreamweaver of hoverboards to Hyperloops is no surprise.

Arx Pax's CEO insists it has always said it has bigger ambitions than just making rideables. So what else is the company doing? "When people can feel this in their hand, and feel the thrust. Hyperloop preliminary design briefing. Hoffman Congratulates Stanford Hyperloop Student Team - R.M. Hoffman Company. Illini Hyperloop. Illini Hyperloop - Contact Us. Hyperloop. Hyperloop Competitors Posture on TV While Racing Towards Prototypes. The race to send human beings rocketing through vacuum tubes at almost 800 miles per hour is accelerating. 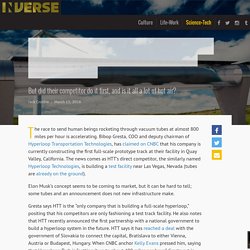 Bibop Gresta, COO and deputy chairman of Hyperloop Transportation Technologies, has claimed on CNBC that his company is currently constructing the first full-scale prototype track at their facility in Quay Valley, California. The news comes as HTT’s direct competitor, the similarly named Hyperloop Technologies, is building a test facility near Las Vegas, Nevada (tubes are already on the ground). Elon Musk’s concept seems to be coming to market, but it can be hard to tell; some tubes and an announcement does not new infrastructure make. HyperLift.