Is This The Cause of War? Oldest Pyramid On Earth Found Buried In Crimea, Ukraine! Sumerian Lectures 1 p01.mp4. Spanish team in Egypt finds 3,600-year-old mummy. The rare find of a mummy, likely that of a high Egyptian official, was in a preserved wooden sarcophagus that still bears its original colorings and writings. 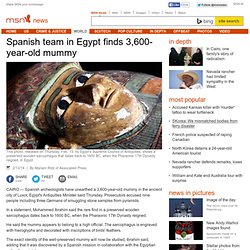 CAIRO — Spanish archeologists have unearthed a 3,600-year-old mummy in the ancient city of Luxor, Egypt's Antiquities Minister said Thursday. Prosecutors accused nine people including three Germans of smuggling stone samples from pyramids. In a statement, Mohammed Ibrahim said the rare find in a preserved wooden sarcophagus dates back to 1600 BC, when the Pharaonic 17th Dynasty reigned. He said the mummy appears to belong to a high official. The sarcophagus is engraved with hieroglyphs and decorated with inscriptions of birds' feathers.

The exact identity of the well-preserved mummy will now be studied, Ibrahim said, adding that it was discovered by a Spanish mission in collaboration with the Egyptian antiquities ministry. 15(1) Deadly time vortex appears over Antarctica. Sector of erupting anomalies. 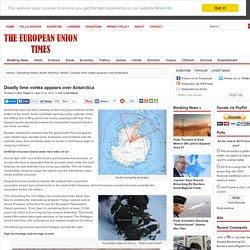 Disturbing news has been leaking out from the giant continent at the bottom of the world. Some scientists manning lonely outposts under the drifting and shifting aurora are nearly paralyzed with fear. Their clipped reports are being reviewed by astonished superiors back in the home countries. Russian researchers posted near the giant South Pole sub-glacial Lake Vostok have reported eerie anomalies and incidents over the past few years that sometimes seem to border on the frayed edge of creeping madness. Artificial structure found under two miles of ice During April 2001 one of the world’s great secrets was revealed: an ancient structure or apparatus that lay encased miles under the hard Antarctic ice was detected by a roving spy satellite.

Ancient Knowledge. » They Live Trailer 2014 Alex Jones. Banks And Police Conspire To Track Your Movements The True Interests Behind The Ukrainian Coup Texas Oil is True Independence Vermont and Michigan Take Opposite Sides in the War on Food Albuquerque: Don't Like Police Shootings? 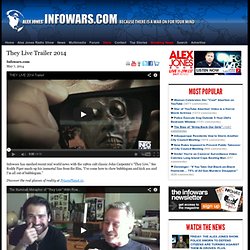 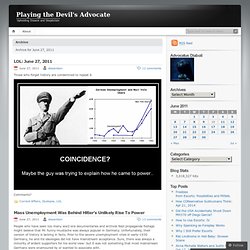 Comments? Mass Unemployment Was Behind Hitler’s Unlikely Rise To Power People who have seen too many ww2-era documentaries and archival Nazi propaganda footage might believe that Mr. funny-mustache was always popular in Germany. Unfortunately, their version of history is lacking in facts. What was the Role of the Wall Street Crash in Hitler's Rise to Power? On Tuesday 29th October 1929, the American Stock Market, Wall Street, crashed. 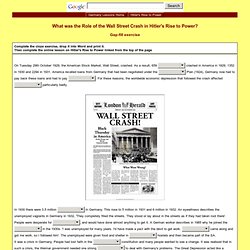 As a result, 659 crashed in America in 1929, 1352 in 1930 and 2294 in 1931. America recalled loans from Germany that had been negotiated under the Plan (1924). Germany now had to pay back these loans and had to pay . For these reasons, the worldwide economic depression that followed the crash affected particularly badly. In 1930 there were 3.5 million in Germany. Economy. Are Historical Settings the Best Settings? Seeing as the crew over at Gamerstable happens to be running an undoubtedly awesome Mutants and Masterminds game set in the Second World War, I couldn’t help but have a half hour nerdgasm full of talking at my car stereo like I was right there with them during their recording session. 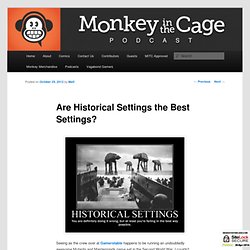 Be that as it may, their awesome episode last week (which can be heard here) inspired me to put my two cents in on some do’s and dont’s of either creating or running a game heavily influenced by, or set in an actual real-world historical setting. Now, I really have to preface this article with two simple facts. First, I am a trained historian (I’ve got the student loan debt to prove it) and specialized in anything and everything related to the Second World War, hence the major geek-out mentioned earlier. Second, I am currently in the midst of structuring and prepping a second run at my own game, set in an alternate history timeline of my own creating. Wait… We’re playing what!?! Like this: Like Loading... Perception misconception. » The Secrets Of Man’s Creation With Jordan Maxwell Alex Jones. Banks And Police Conspire To Track Your Movements The True Interests Behind The Ukrainian Coup Texas Oil is True Independence Vermont and Michigan Take Opposite Sides in the War on Food Albuquerque: Don't Like Police Shootings? 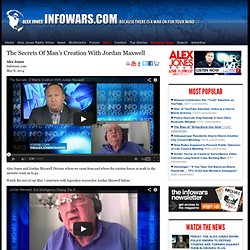 — SHUT UP! Worship Watch Brings The Snitch State To Church Revealed: Sandy Hook Truth Exposed. Huge Underwater Pyramid Discovered Near Portugal - The Navy is Investigating. Portuguese news reported the discovery of a very large under water pyramid first discovered by Diocleciano Silva between the islands of São Miguel and Terceira in the Azores of Portugal. 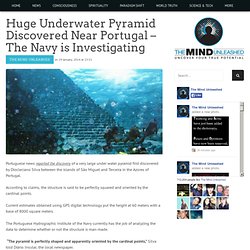 According to claims, the structure is said to be perfectly squared and oriented by the cardinal points. Current estimates obtained using GPS digital technology put the height at 60 meters with a base of 8000 square meters.