Your Dream Of Being Able To Breath Underwater May Soon Be A Reality. If you could have a superpower, what would it be? 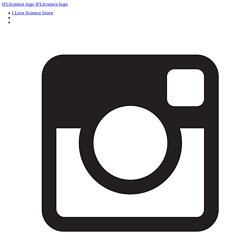 Other than flying and telepathy (which, let's be honest, would probably actually be awful), breathing underwater is one of the favorites. We Are The Closest We Have Ever Been To A Real Invisibility Cloak. The dream of invisibility has been immortalized in countless books and movies: cloaks, potions, and futuristic tech can make anything disappear from sight. 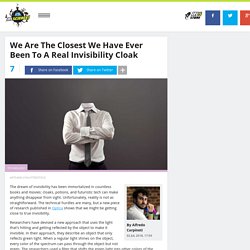 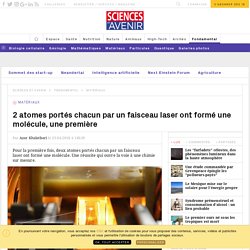 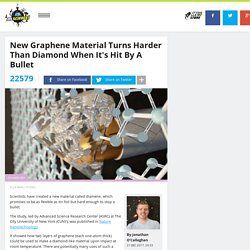 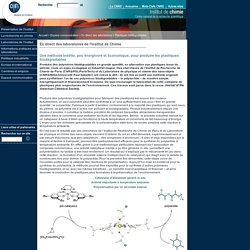 Polyurea - Wikipedia. Polyurea is a type of elastomer that is derived from the reaction product of an isocyanate component and a synthetic resin blend component through step-growth polymerization. 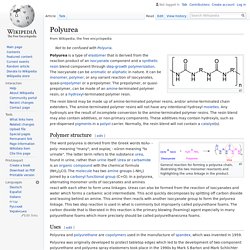 The isocyanate can be aromatic or aliphatic in nature. It can be monomer, polymer, or any variant reaction of isocyanates, quasi-prepolymer or a prepolymer. The prepolymer, or quasi-prepolymer, can be made of an amine-terminated polymer resin, or a hydroxyl-terminated polymer resin. Polymer structure[edit] General reaction for forming a polyurea chain, illustrating the two monomer reactants and highlighting the urea linkage in the product.

Time Crystals Are Now A Thing. Scientists have developed "time crystals", and while the name sounds like something from Doctor Who, they are very real, although they have nothing to do with time travel. 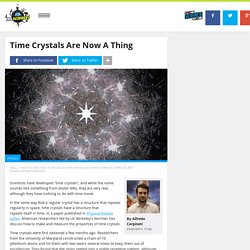 Time crystals were first obtained a few months ago. Researchers from the Univesity of Maryland constructed a chain of 10 ytterbium atoms and hit them with two lasers several times to keep them out of equilibrium. They found that the chain settled into a stable repetitive pattern, although the material itself remained out of equilibrium. Diamond vise turns hydrogen into a metal, potentially ending 80-year quest. Last October, Harvard University physicist Isaac Silvera invited a few colleagues to stop by his lab to glimpse something that may not exist anywhere else in the universe. 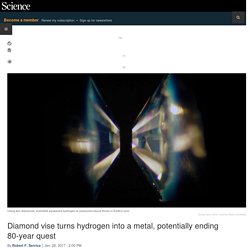 Word got around, and the next morning there was a line. Throughout the day, hundreds filed in to peer through a benchtop microscope at a reddish silver dot trapped between two diamond tips. Silvera finally closed shop at 6 p.m. to go home. "It took weeks for the excitement to die down," Silvera says. That excitement swirled because by squeezing hydrogen to pressures well beyond those in the center of Earth, Silvera and his postdoc Ranga Dias had seen a hint that it had morphed into a solid metal, capable of conducting electricity. The feat, reported online this week in Science, is more than an oddity. Still, claims of solid metallic hydrogen have come and gone before, and some experts want more proof. The dispute arises because high-pressure hydrogen experiments are hard to pull off, and even harder to interpret. HOME - formcard.com. CNRS INSIS - La soie d’araignée inspire des matériaux hybrides. Shape-Shifting Material Can Lift 1,000 Times Its Own Mass.

Engineers from the University of Rochester have produced a new shape-changing polymer that rapidly responds to body heat. 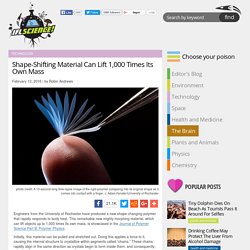 This remarkable new mighty morphing material, which can lift objects up to 1,000 times its own mass, is showcased in the Journal of Polymer Science Part B: Polymer Physics. Initially, this material can be pulled and stretched out. Doing this applies a force to it, causing the internal structure to crystallize within segments called “chains.” Le graphène, un matériau miracle pour l'avenir de l'électronique. Watch What Happens When A Snowball Is Encased In A Nickel-Based Superalloy, Then Dipped In Molten Steel. “You've got a snowball’s chance in hell,” as the saying goes. 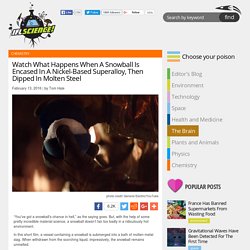 But, with the help of some pretty incredible material science, a snowball doesn’t fair too badly in a ridiculously hot environment. In this short film, a vessel containing a snowball is submerged into a bath of molten metal slag. New Type of Carbon Is Harder and Brighter Than Diamonds. Scientists have designed a new type of carbon that is harder and brighter than naturally formed diamonds. For those who want to wear a one-of-a-kind sparkler on their fingers, the new material, called Q-carbon, also gives off a soft glow. "This new phase is very unique," said study co-author Jagdish Narayan, a materials scientist at North Carolina State University. "It has novel electrical, optical and magnetic properties.

" For instance, the material can act as either a metal or a semiconductor, and is magnetic at room temperature, he added. [Photos: The World's 6 Most Famous Rocks] Heat and pressure Despite being one of the most ubiquitous and iconic symbols of wealth and luxury, scientists still don't fully understand how diamonds are formed. Scientists have long tried to outdo Mother Nature by manufacturing synthetic diamonds in the lab. Harder and brighter Normally, thermodynamics dictates that carbon atoms should change how they arrange themselves at lower temperatures. The result? Japanese Scientists Invent "Unbreakable" Glass. The days of superheroes throwing a villain’s henchmen through glass windows may be coming to an end: a team of scientists from the University of Tokyo’s Institute of Industrial Science has produced a new hybrid glass type which is as strong as steel and near-unbreakable. Their findings have been published in the journal Scientific Reports.

The new glass’s “strength” is described by its ability to be non-permanently deformed by external stress, caused by something like a brick being thrown at it. This measure – which material scientists call the elastic modulus – for this new glass type is found to be comparable to that of steel. The glass has also been made to be incredibly “hard,” another measure of strength; essentially, it is rather difficult to scratch this new material. This is no coincidence: the glass contains aluminum oxide compounds, which are renowned for their toughness. By melting the two substances together using carbon dioxide lasers, the new 50% alumina glass was forged. Material Uses Insect Technology To Stay Dry Underwater. Objects that are kept underwater eventually succumb to the inevitable decay associated with being submerged – metal rusts, wood rots and human hands go all wrinkly. These effects could be delayed in the future by a new type of rough coating that "deflects" water.

The material uses the same strategy as water-walking insects such as water striders. Both bug and material take advantage of protrusions on their rough surfaces to resist water and stay dry. As long as the gaps between the grooves on the material (or hairs on the insect) are less than a micrometer apart, then it has the ability to stay dry when in contact with water. The team exploited the fact that water can be prompted to evaporate using the right combination of surface roughness and chemistry. In fact, the rough surface kept material samples dry for up to four months when constantly submerged in water. Watch This Amazing Self-Healing Material That Could Instantly Repair Damaged Spacecraft. Disaster has struck. A micrometeroid has hit the International Space Station (ISS), and the air inside has begun to rush out of the hole into the vacuum of space. But in a matter of seconds, before the station is destroyed, the hole seals itself and keeps the ISS and its crew intact.

This is a future safety scenario that could be possible thanks to a remarkable new piece of research from scientists at the University of Michigan and NASA, published in the journal ACS Macro Letters. They have developed a material that, when punctured, can "fix" itself and temporarily stop air rushing out. Scientists Develop Self-Healing Airplane Wing. We’ve already had self-healing concrete, now welcome to the world of self-healing airplane wings. After having worked quietly on the project for the past three years, a team of British scientists has now announced a new carbon fiber technology that, when damaged, can fix itself. Drawing inspiration from how the body heals wounds, the idea started as all good ones do: as a doodle on the back on an envelope. Since then, the team of researchers at the University of Bristol has been working with aerospace engineers to develop the material.

This is the perfect solution for killing germs on public toilet door handles. The door handles of public toilets are probably one of the dirtiest spots in the universe. The average public toilet door handle contains 1,000 colony-forming units per milliliter of infection-causing bacteria, and I can tell you this is a lot. So, wouldn’t it be great if these festering germ-repositories had some kind of antibacterial mechanism? Well, this is exactly what two Hong Kong teens thought, when they invented a self-sanitizing door handle that harnesses kinetic energy from door movement. The handle kills the germs through a combination of titanium oxide and UV rays Sun Ming Wong(17) and King Pong Li(18) developed an antibacterial door handle that generates all the energy it needs to sanitize itself from the movement of the door. This Alloy Can Withstand 10 Million Transformations. Scientists have created an alloy with a long memory, but it won't help you in a spelling bee. Its long memory is solely for returning to its original shape, no matter how much you bend and twist it.