Zatun "Where Fun Gets Down to Business" is a cutting edge, innovative, engaging and award-winning mobile, VR and cross-platform game developer and game art studio. It offers external art production across different genres and game platforms, including console, PC, mobile, tablets, VR and game development on iOS, Android and VR.

Why Android Game Company Are Boosting The Gaming World? As time is progressed towards smartphones where everything can be managed on the android phone. 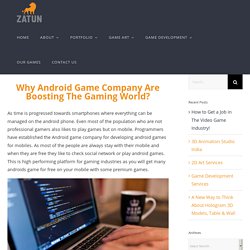 Even most of the population who are not professional gamers also likes to play games but on mobile. Programmers have established the Android game company for developing android games for mobiles. As most of the people are always stay with their mobile and when they are free they like to check social network or play android games. This is high performing platform for gaming industries as you will get many androids game for free on your mobile with some premium games. Some of My Learnings on how to get a Job in The Video Game Industry! How was your University time? 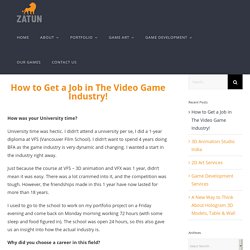 University time was hectic. I didn’t attend a university per se, I did a 1-year diploma at VFS (Vancouver Film School). I didn’t want to spend 4 years doing BFA as the game industry is very dynamic and changing. I wanted a start in the industry right away. Just because the course at VFS – 3D animation and VFX was 1 year, didn’t mean it was easy. I used to go to the school to work on my portfolio project on a Friday evening and come back on Monday morning working 72 hours (with some sleep and food figured in). Why did you choose a career in this field? It happened by accident. Coming back to the question, I glanced upon an advertisement stating “Learn 3D Animation”. I joined the course while doing my BSc (bachelors of Science), and in 6 months, I knew much more than my instructors. I realized that this is what I wanted to do with my life. I joined VFS in 2001 and graduated in 2002, and wanted to become a 3D animator.

Benefits of Exceptional Quality Video Game Artwork Through Outsourcing. At the time of creating video games comprising 2D characters, coming up with the specific artwork seems to be a challenge. 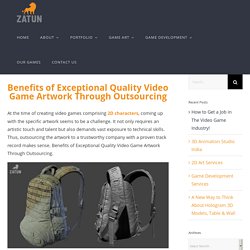 It not only requires an artistic touch and talent but also demands vast exposure to technical skills. Thus, outsourcing the artwork to a trustworthy company with a proven track record makes sense. Benefits of Exceptional Quality Video Game Artwork Through Outsourcing. Virtual Reality Game Development Company in India. Virtual reality, or VR, is a computer-generated real-life sensory experience that a person can interact with user input devices such as headsets or goggles. In recent times, games that make use of virtual reality are becoming increasingly popular among people who love high-quality graphics and animations. At Zatun, we are well-conversed with virtual reality game development. Our virtual reality developers are knowledgeable of the various visualization techniques and thrill on the challenge of applying the latest game development technologies to create appealing VR games. It’s no secret that virtual reality has revolutionized the gaming industry and brought with it an abundance of previously thought impossible game development opportunities.

Concept Designs: Giving a Crystal-Clear Idea about the Final Design. A game developer with the help of the Eureka moment carries on with research to come up with a wonderful concept for a new game. 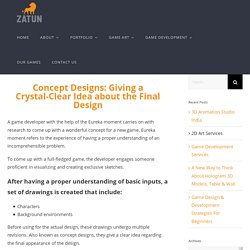 Eureka moment refers to the experience of having a proper understanding of an incomprehensible problem. Remarkable Benefits of Working with Video Game Development Studios. Do you enjoy playing video games? 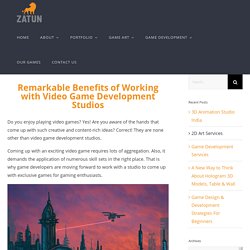 Yes! Are you aware of the hands that come up with such creative and content-rich ideas? Correct! Down & Out - The Interview - PlayStation. Now. In this issue of Mr. 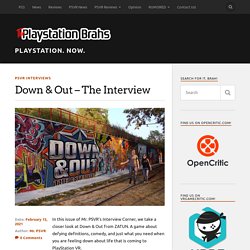 PSVR’s Interview Corner, we take a closer look at Down & Out from ZATUN. A game about defying definitions, comedy, and just what you need when you are feeling down about life that is coming to PlayStation VR. Interview with Game Developer, Unreal Programmer, &Art Director of ZATUN, Rohan Jadav, Punya Aachman, & Rajesh Suthar. 3D Modelling Success Stories. 3D modelling projects have become essential for modern game development companies. 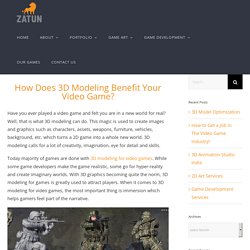 With more and more smart-phone apps and games released by the company on a regular basis, it becomes significant for the game developers and 3d artists to explore new ways to engage the audience by providing a higher level of thrill and excitement and high-quality game 3d models. When you outsource the development of models 3D to a top-notch game art studio like Zatun, they can recommend the factors that have a direct impact on the success or failure of the 3d modelling services projects.

Get Ready To Be The King Of The Streets – Down and Out. Life is hard when you are on the streets and sometimes you just have to prove yourself not only for those around you but for your own self. 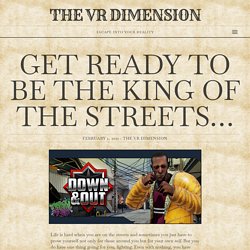 But you do have one thing going for you, fighting. Even with nothing, you have something. But in order to make it here on the streets, you can’t just do anything, you will need to make a living. And sometimes that living comes with challenges as well as a price. So get ready to get out of your down and out way of thinking and get ready to make it to become the king of the streets. Hidden Objects Games. Do you remember your childhood days when you used to browse magazines having large pictures of fruits, stars, and animals? 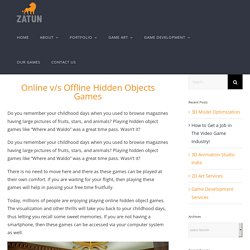 Playing hidden object games like “Where and Waldo” was a great time pass. Wasn’t it? There is no need to move here and there as these games can be played at their own comfort. If you are waiting for your flight, then playing these games will help in passing your free time fruitfully. Today, millions of people are enjoying playing online hidden object games.

Action-Adventure Indian games for Kids. The highlight of the game is its exquisite hand-painted 2D graphics in traditional Indian miniature painting style and mesmerizing gameplay that give game enthusiasts an outstanding adventure experience. 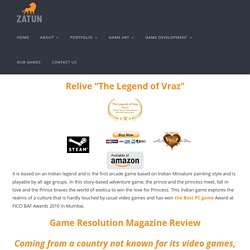 The stunning visuals combined with an incredible soundtrack and enchanting gameplay captivate the player and make the player wander in a magnificent dreamland from where they would hate to come back. The Legend of Vraz is an epic love story where Prince Vraz is in love with Princess Avi and to marry her has to successfully perform five tasks set by Princess Avi’s father. Seems Simple? 3D Animation Characters. A few years back, it was a gamer’s dream to see the 3D character animation live in the virtual world with real time expressions and provide life like the thrill of playing games. With the help of 3D characters animation, now game developers literally breathe life into characters, making the game more interesting than ever. 3D character animation is one of the most lucrative business sectors that rule the market today.

Keeping in mind the demands of the ever-growing number of gamers, developers around the globe are busy providing high-quality gaming solutions. While it is highly important not only produces a creatively appealing, innovative and technically high-end game, it becomes equally difficult to follow the latest trends and techniques that can help a game ride popularity charts. The 3D character animation and related technologies keep changing and upgrading by the day. Choosing the Topnotch 3D Characters Animation Software. Game Development Services. Digital games including mobile games and video games have grown many times over the wildest of speculations. They immerse gamers in a different world that’s full of excitement, fun, and surprises. Creating successful games is the result of joint efforts of different teams, of which game development services are extremely important. Right from the pre-production stage, game design and development steers the entire creative process.

When created on the bases of the unique characteristics of the genre and target audience, it creates various assets for games. PC Game Development Company in The India. Fun-filled, action-packed, mind-boggling PC games provide an amazing experience. PC Gaming isn’t dead and the number of PC game lovers is rising by the day and the list of games is also defying gravity. Keeping in league with the ever-growing need for exciting games, PC game developers are on a gold rush. At Zatun, we don’t just develop PC games, we revolutionize the way gamers play. We call PC development game our passion, not just a profession. PC Game Development – We Understand! The fact that game sensitizes the brain, capture the senses and become a part of the gamer’s world is what motivates us. Hidden Objects Game. Hidden object games online are straightforward flash games online which require a gamer to find a hidden object that is mentioned. In order to proceed to the next level, a prayer must collect the demanded objects by finding them.

This factor invites and attracts a great number of developers to produce hidden object games. However simple and creative the process of producing a game of this sort may be, there are various challenges that one needs to overcome to be successful. One search to play hidden object games online on Google will end up displaying about 19,000,000 results. Hence, a developer has to be competitive and must look after the following steps. 1. Top Gaming Companies in India. Unity Game Development.

Unreal Engine Game Development. Unreal Engine Game Development. 3D Animation Outsourcing Services. Down and Out on Steam. 3D Animation Services. Down And Out - VR - Gameplay First Look - (Oculus,PSVR, Steam) Down And Out But Undisputed King Of The VR Streets. 3D Modeling for Games. " Put up your fists and VR controllers, and get ready to experience the mean streets of the city in an all-new immersive experience by Zatun, where you fight to prove yourself to be the toughest and meanest in the city! " - Games Press.