Meet My Hood: Faubourg Saint-Denis. You have to watch out, though. 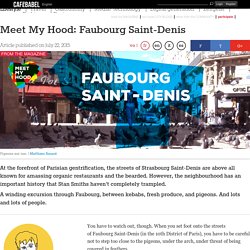 And Why Are We Still Not Talking About One of the Deadliest Terror Attacks Since 9/11? Last week, Islamic extremist group Boko Haram seized a military base in the northeastern Nigerian village of Baga. 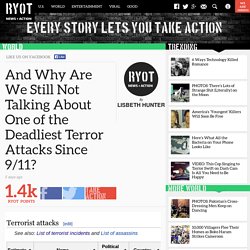 Anywhere between 150 people (according to the Nigerian government) and 2,000 (according to a local politician) were slaughtered during the vicious attack. “Too many to count” seems to be the general consensus. Satellite images released by Human Rights Watch reveal widespread destruction in and around Baga. Now Wikipedia lists the killing as the worst terrorist attack since September 11th. Regardless of the official numbers, the fact is that this terror attack isn’t being reported on a scale comparable to domestic issues (or even French ones). All lives matter, so why do some get less attention than others?

Through our work at the global design and innovation firm IDEO and David’s work at Stanford University’s d.school, we’ve helped thousands of executives and students develop breakthrough ideas and products, from Apple’s first computer mouse to next-generation surgical tools for Medtronic to fresh brand strategies for the North Face in China. This 2012 HBR article outlines some of the approaches we use, as does our new book, Creative Confidence: Unleashing the Creative Potential Within Us All. One of our top recommendations? Practice being creative. Of course, exercising your mind can sometimes feel more daunting than exercising your muscles.

TOOL: Mindmap. A personal message that I sent to my students. In recent days, I came across 3 persons from very different ages and life circumstances that have one thing in common: each of them has been been struggling with a difficult situation by themselves. 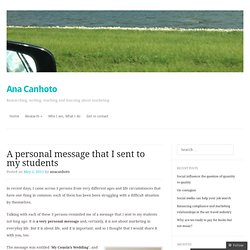 Talking with each of these 3 persons reminded me of a message that I sent to my students not long ago. It is a very personal message and, certainly, it is not about marketing in everyday life. Handwritten Notes Are a Rare Commodity. They're Also More Important Than Ever. - John Coleman. By John Coleman | 1:00 PM April 5, 2013 When I was a college student interning in Washington, D.C., a senior manager, Bridgett, made a habit of treating each intern to lunch over the summer. 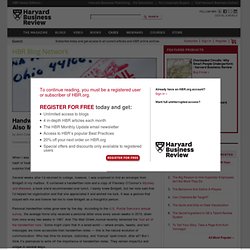 Mindful Mind Tricks. (Note: This is a piece is part of a larger exploration I’m working on around serendipity. 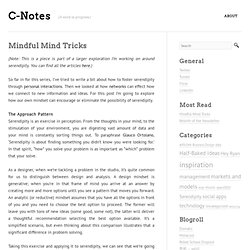 You can find all the articles here.) So far in for this series, I’ve tried to write a bit about how to foster serendipity through personal interactions.

The Psychology Behind Superhero Origin Stories. Food. Pay Yourself First. Research, workout, or write down your thoughts each morning. 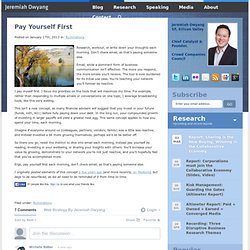 Don’t check email, as that’s paying someone else. Email, while a dominant form of business communication isn’t effective: The more you respond, the more emails you’ll receive. Frugality rules at German dinner parties. 18 November 2012Last updated at 01:12 GMT By Stephen Evans BBC News, Berlin There has been much talk in Germany about southern European nations being over-reliant on the country's generosity but when it comes to entertaining, the Germans display quite an appetite for frugality. 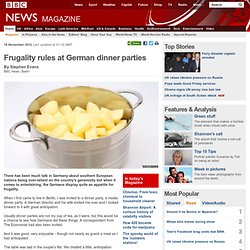 When I first came to live in Berlin, I was invited to a dinner party, a media dinner party. A German director and his wife invited me over and I looked forward to it with great anticipation. Usually dinner parties are not my cup of tea, as it were, but this would be a chance to see how Germans did these things. The Silent Club. Tonight I spent a lovely few hours with the Wired 2012 team in a conference eve drinks jolly arranged to prepare us all for their annual extravaganza – with champagne. 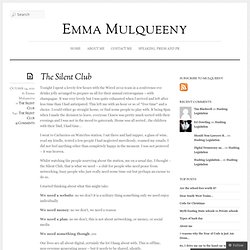 New Research on Working Parenthood: Men Are More Egalitarian, Women are More Realistic - Stew Friedman. By Stew Friedman | 9:41 AM October 4, 2012 In the few days since Marissa Mayer’s baby arrived, I’ve watched the resurgence — again — of the debate about working parenthood, maternity leaves, and even “baby bumps.” 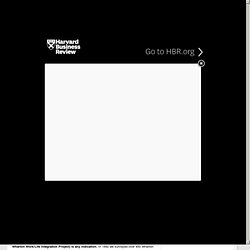 I have mixed feelings about this. Mayer’s situation is extremely unusual. A short maternity leave may be relatively easy for her, in part because she and her spouse have great wealth and because, as CEO, Mayer has considerable discretion about how to spend her time. This is not the case for most working women — or for most working men. And yet, that the board agreed to hire a pregnant Mayer as CEO was a sign of real progress in our collective grasp of what’s possible, for men and for women.

Moving Around Without Losing Your Roots - Gianpiero Petriglieri. Big questions always strike unexpectedly, when our guard is down. I was watching my toddlers splash in the pool last summer when a fellow dad plunged me into revisiting the meaning of home in a globalized world. He didn’t mean to. He just asked where we were from.