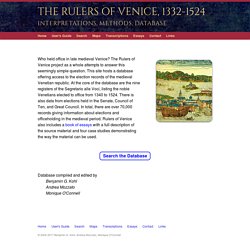 The Rulers of Venice project as a whole attempts to answer this seemingly simple question. This site hosts a database offering access to the election records of the medieval Venetian republic. At the core of the database are the nine registers of the Segretario alle Voci, listing the noble Venetians elected to office from 1340 to 1524. There is also data from elections held in the Senate, Council of Ten, and Great Council. In total, there are over 70,000 records giving information about elections and officeholding in the medieval period. 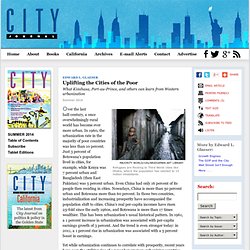 Glaeser Refugees are flocking to Third World cities like Dhaka, where the population has swelled to 15 million inhabitants. Over the last half-century, a once overwhelmingly rural world has become ever more urban. In 1960, the urbanization rate in the majority of poor countries was less than 10 percent. Just 3 percent of Botswana’s population lived in cities, for example, while Kenya was 7 percent urban and Bangladesh (then East Pakistan) was 5 percent urban. Yet while urbanization continues to correlate with prosperity, recent years have seen the striking rise of a new phenomenon: urbanizing countries that remain poor. These impoverished big cities are mostly located in poorly governed countries, lacking stable institutions and strong property rights, which helps explain why economic growth hasn’t taken off in them.

In The World: Mapping the logistics of megacities. As ever-larger “megacities” become home to more and more of the world’s people, the supply chains that bring essential supplies to these crowded populations will become increasingly complex. 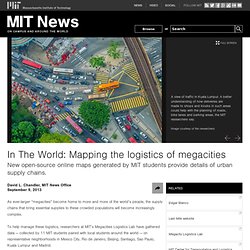 To help manage these logistics, researchers at MIT’s Megacities Logistics Lab have gathered data — collected by 11 MIT students paired with local students around the world — on representative neighborhoods in Mexico City, Rio de Janeiro, Beijing, Santiago, Sao Paulo, Kuala Lumpur and Madrid. Now that data has been made available online, at no cost, in an open-access pool of information that’s graphically represented on city maps. This screenshot shows an example of the data now available on the open-access website called km2, produced by the MIT Megacities Logistics Lab. This map shows deliveries to different types of stores (color-coded by type) in the city of Kuala Lumpur.Image courtesy of the researchers. Peak Urbanization? Emerging markets are driving global growth, and 3.5 billion people are moving to cities.

That's $20 trillion of infrastructure to lay down. It's either a big problem or an opportunity. -- Peter Henry, dean of NYU's Stern School of Business, New York Times Magazine. Global investors have focused on the opportunities offered by urbanization in emerging markets. But some observers have begun to imagine the potential negative effects of billions of unskilled people moving from rural areas to already polluted cities, pushing groaning infrastructures to their limits. 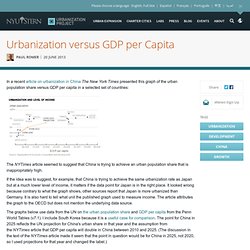 If the idea was to suggest, for example, that China is trying to achieve the same urbanization rate as Japan but at a much lower level of income, it matters if the data point for Japan is in the right place. It looked wrong because contrary to what the graph shows, other sources report that Japan is more urbanized than Germany. It is also hard to tell what unit the published graph used to measure income. Lagos/Koolhaas // VPRO Eeuw van de stad. De Nederlandse Publieke Omroep is wettelijk verplicht toestemming te vragen voor het gebruik van cookies. 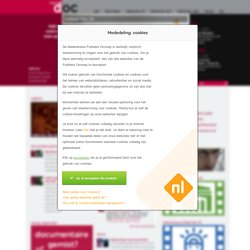 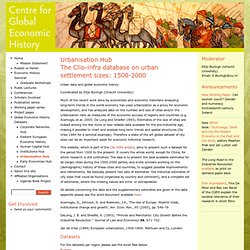 Acemoglu et.al. 2005; De Long and Shleifer 1993). Estimates of the size of cities are indeed among the few more or less reliable data available for the pre-industrial age, making it possible to chart and analyse long term trends and spatial structures (De Vries 1984 for a seminal example). World Urbanization Prospects, the 2011 Revision. Hypercities Earth.