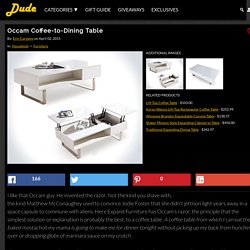 He invented the razor. Not the kind you shave with, the kind Matthew McConaughey used to convince Jodie Foster that she didn't jettison light years away in a space capsule to commune with aliens. Here Expand Furniture has Occam's razor, the principle that the simplest solution or explanation is probably the best, to a coffee table. Heat Sensitive Table Set. A few months ago, we featured Charles Lushear's reinvention of the cheap plastic, old-school NES controller into the rich, interwoven woods of his terrifically classy Working Nintendo Controller Coffee Table (and then we gave it away to a lucky Dude reader). 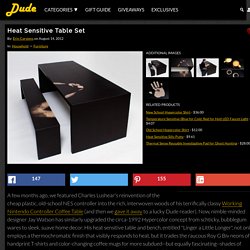 Now, nimble-minded designer Jay Watson has similarly upgraded the circa-1992 Hypercolor concept from schticky, bubblegum wares to sleek, suave home decor. His heat sensitive table and bench, entitled "Linger a Little Longer", not only employs a thermochromatic finish that visibly responds to heat, but it trades the raucous Roy G Biv neons of handprint T-shirts and color-changing coffee mugs for more subdued--but equally fascinating--shades of neutral. It's a standout conversation piece whose conversation probably won't end with, "Looks like they've got more money than taste. " Obviously, my favorite elements of the heat sensitive set are the detailed ass outlines its bench picks up. StumbleUpon. StumbleUpon.  Unemployed Philosophers Guild. Tweet this! 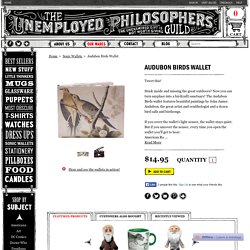 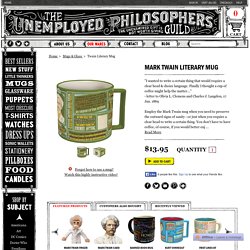 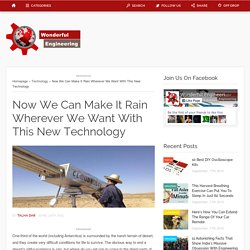 The obvious way to end a desert’s pitiful existence is rain, but where do you get rain to come to the driest parts of the world? Scientists Develop A Battery That Charges Itself Using Light. It is quite common nowadays when you see a battery storing power by making use of solar cells. 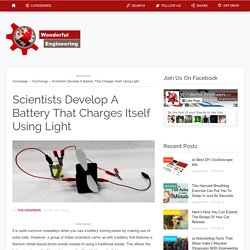 However, a group of Indian scientists came up with a battery that features a titanium nitride based photo-anode instead of using a traditional anode. This allows the battery to charge itself by making use of artificial light or solar light. It has been created by a team that was led by Dr. Musthafa Ottakam Thotiyl from the Indian Institute of Science Education and Research. According to the team, the battery is able to charge itself completely within 30 seconds when using normal indoor lighting and is eventually able to provide enough power so that an LED or a small fan can be run using it. Titanium nitride is also known to be more stable when compared with conventional materials used as anode thus making the battery less susceptible of overheating and catching fire.

These 6 Gadgets Can Help You Save Water. Water is one of the most important blessings of nature and very often taken for granted. 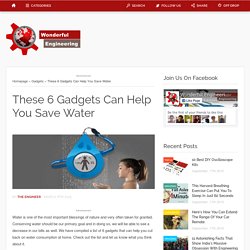 Conserving water should be our primary goal and in doing so, we will be able to see a decrease in our bills as well. We have compiled a list of 6 gadgets that can help you cut back on water consumption at home. Check out the list and let us know what you think about it. 6. World's First Artificial Leaf Can Generate Oxygen By Itself. Human race has always been fascinated by the idea of living on moon and other planets. 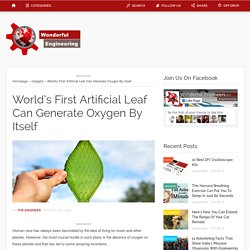 However, the most crucial hurdle in such plans is the absence of oxygen on these planets and that has led to some amazing inventions. Julian Melchiorri is a scientist and artist who has unveiled a synthetic leaf that can quite possibly transform the whole idea of space exploration. The breathing lead has been created from chloroplasts (responsible for photosynthesis) and is suspended in a body that has been made from silk protein.

The leaf will absorb CO2 and produce oxygen and organic compounds as long as water and visible light are available. These leaves consume low energy, weight very less and are completely biological, thus imparting minimal impact to space flights (or your living room for that matter). Melchiorri claims that the material could be used for large scale applications as well. This Smart Gadget Can Cook You Any Dish In World In Just 30 Seconds. Star Trek fans know what a replicator is and those of you who don’t; please watch Star Trek, will you? 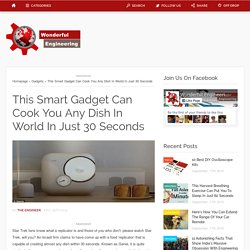 An Israeli firm claims to have come up with a food ‘replicator’ that is capable of creating almost any dish within 30 seconds. Known as Genie, it is quite similar to the appearance and size of a coffee maker. It can create an unlimited variety of meals by making use of pods which have natural dehydrate ingredients. The gadget is controlled via its app and creates meals in portions of 140g into containers that are recyclable. Thync Is A New Wearable Device That Change Your Mood According To Your Wish. The world of odd wearable designs is experiencing a surge in recent days. 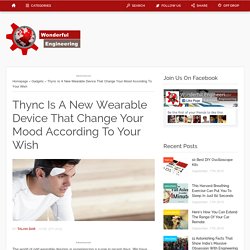 We have seen wearables that detect cancer and other ones that allow better understanding of a cat’s mind. This futuristic oddball moves one step further to crazy-awesome levels as it can detect your mood and help you change it, according to your wish. The American company Thync is behind this project, and they say its working is based on ultrasonic and electronic impulses to control the functions of certain neurotransmitters in the brain.

20 Amazing Cleaning Gadgets That Should Be In Your Home. 20 Amazing Cleaning Gadgets That Should Be In Your Home UXDE dot Net By The Engineer - New Solar Oven Can Cook Food During The Day And Night Using The Sun's Energy. Solar grills are good for picnic parties and leisure trips. But, the main problem associated with them is that they can’t be used in the night, leaving you sweating in the dark for some dry twigs and logs for a fire. The GoSun grill not only reincorporates the modern grill for your use, it can cook food for eight people on solar power during day and night with its thermal battery accessory! The reinvented grill has a great food-friendly cooking technique. It prevents it from getting burned and keeps all the moisture inside too, giving a delicious touch to your monthly picnic.

New Battery Made Of Folded Paper Uses Dirty Water To Generate Electricity. Origami is the Japanese art of paper folding, we all know that. Cusby transforms Sole USB-C Port into All-in-one Hub. The new USB-C port has changed the dimension of port technology for years to come for all electronic devices from tablets to laptops. But, the new MacBook users have been used to separate ports for HDMI, USB or other data/video ports, and they found the single USB-C port somewhat discomforting for now. This New Showerhead Reduces Water Usage By 70% Thanks To Its Innovative Design. No one can dispute the importance of water and subsequently the importance of saving water when it comes to our daily activities. A Watch That Puts An Entire Planetarium On Your Wrist. Absolutely Genius Ideas - StumbleUpon.