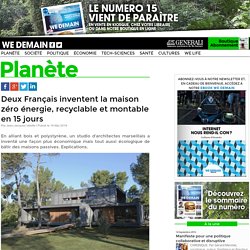 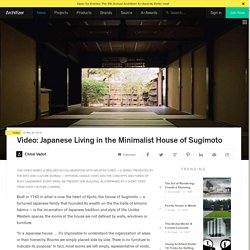 Built in 1743 in what is now the heart of Kyoto, the House of Sugimoto — a fortuned Japanese family that founded its wealth on the the trade of kimono fabrics — is the incarnation of Japanese tradition and style of life. Unlike Western spaces, the rooms of the house are not defined by walls, windows or furniture. “In a Japanese house … it’s impossible to understand the organization of areas or their hierarchy. Rooms are simply placed side by side. 4 Lessons Pixar Films Can Teach Us About Architecture. Over the past 20 years, Pixar’s films have attracted vast audiences around the globe. 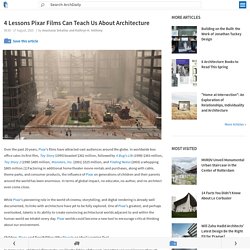 In worldwide box office sales its first film, Toy Story (1995) boasted $362 million, followed by A Bug’s Life (1998) $363 million, Toy Story 2 (1999) $485 million, Monsters, Inc. (2001) $525 million, and Finding Nemo (2003) a whopping $865 million.[1] Factoring in additional home theater movie rentals and purchases, along with cable, theme parks, and consumer products, the influence of Pixar on generations of children and their parents around the world has been enormous. In terms of global impact, no educator, no author, and no architect even come close.

The Architecture of Happy Hour: Plotted, Not Stirred. Frank Gehry, Daniel Libeskind, and Rem Koolhaas walk into a bar. 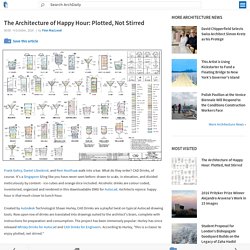 Cinematic Iconoclasm: Why We Enjoy Watching Architecture Get Destroyed On-Screen. WOHA Unveils “Fragments of an Urban Future” for the 2016 Venice Biennale. Young Architect Guide: The 7 Secrets to Happy Interning. Norman Foster’s Advice for the Young: “Find Something You Believe In” Diller Scofidio + Renfro: The Suspension of Disbelief. This article is the first in a new series, Reinterpretations, that will identify a single construction component and trace it across the body of work from an architecture practice. 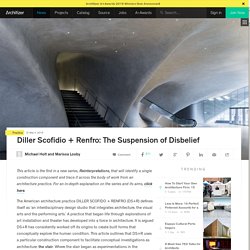 For an in-depth explanation on the series and its aims, click here. The American architecture practice DILLER SCOFIDO + RENFRO (DS+R) defines itself as ‘an interdisciplinary design studio that integrates architecture, the visual arts and the performing arts.’ A practice that began life through explorations of art installation and theater has developed into a force in architecture. “Architecture Should Not Be the Protagonist of the Environment”: Architizer Interviews Kengo Kuma. Delivering a lecture at Columbia University’s Graduate Center for Architecture, Planning and Preservation just a few weeks ago, Japanese architect Kengo Kuma traced a definitive thematic thread through the arc of his multifaceted and prestigious practice. 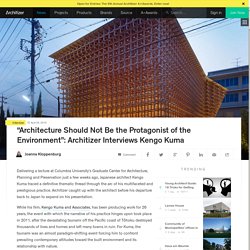 Architizer caught up with the architect before his departure back to Japan to expand on his presentation. While his firm, Kengo Kuma and Associates, has been producing work for 26 years, the event with which the narrative of his practice hinges upon took place in 2011, after the devastating tsunami off the Pacific coast of Tōhoku destroyed thousands of lives and homes and left many towns in ruin. For Kuma, the tsunami was an almost paradigm-shifting event forcing him to confront prevailing contemporary attitudes toward the built environment and its relationship with nature. Add To Collection Save this image to a collection Sunny Hills Tokyo, Tokyo, Japan Starbucks Coffee at Dazaifutenmangu Omotesando, Dazaifu, Japan. Les architectes sont compétents mais trop chers, selon le grand public. Whangapoua / Crosson Clarke Carnachan. 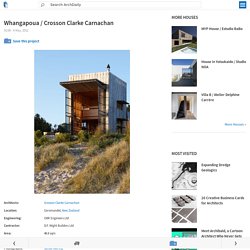 How to Improve Architectural Education: Learning (and Unlearning) From the Beaux Arts Method. Learning how to design is hard. 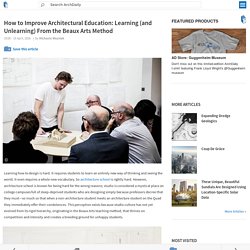 It requires students to learn an entirely new way of thinking and seeing the world. It even requires a whole new vocabulary. So architecture school is rightly hard. Why Japan is Crazy About Housing. Japan is famous for its radical residential architecture. 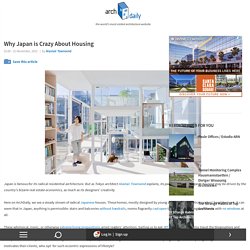 But as Tokyo architect Alastair Townsend explains, its penchant for avant garde housing may be driven by the country’s bizarre real estate economics, as much as its designers’ creativity. Here on ArchDaily, we see a steady stream of radical Japanese houses. These homes, mostly designed by young architects, often elicit readers’ bewilderment. Thomas Heatherwick Wins Lifetime Achievement Award. Thomas Heatherwick has been selected to receive the Tribeca Film Festival's (TFF) 2016 Lifetime Achievement Award. 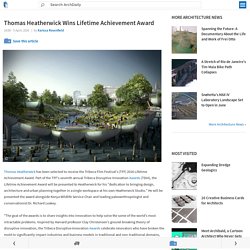 Morphitecture: The Top 8 Transforming Apartment Styles. Nathaniel Berman is founder of housely, a design and real estate blog tracking trends in domestic architecture. Here, he explores the compact living trend and finds ingenious solutions for every personality type. With housing and rental prices rising, the days of finding an affordable apartment that also offers plenty of square footage are long gone, which is why transforming apartments are becoming increasingly popular. Charles Eames' Advice for Students. Coup De Grâce. The following article was first published by Volume Magazine in their 47th issue, The System*. How Walter Segal's 1970s DIY Community Could Help Solve Today's Housing Crisis. In recent years, DIY approaches to building houses have become increasingly popular, as increasing cost and decreasing availability have caused some prospective house-buyers to embrace simple methods of fabrication and the sweat of their own brow, as discussed in this recent article.