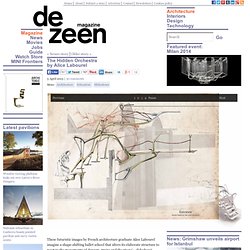 "The building is constantly in motion and evolves through certain choreography," explains Alice Labourel, who developed the concept as her graduation project at the Ecole Spéciale d'Architecture in Paris. "Our imagination is triggered when we are facing a situation where we cannot see everything, like the frame of a movie for example, and this project aims at awakening people's imagination using movement. " Entitled The Hidden Orchestra, the building is designed specifically for a site over the river in Los Angeles, where it would be subjected to yearly flooding and would be frequently disturbed by trains speeding in and out of the city. 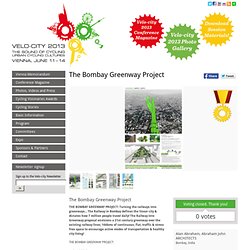 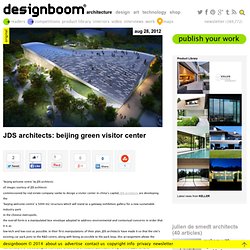 ‘Garden Ribbons’ – A City Hall and Urban Park / ShaGa Studio. The new municipality building of Netanya, located in the old part of the city introduces a unique public park for the city – a green heart – that like a ribbon gradually transforms from a horizontal landscape to a vertical climatic structure. 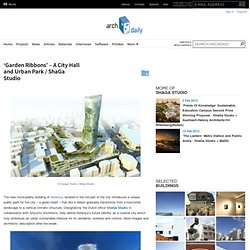 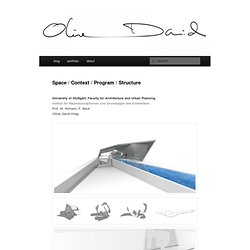 M. Allmann, F. Beck Oliver David Krieg. PORTFOLIO CREATION - PORTFOLIO CREATION. I have developed several architectural portfolios that have each served a specific purpose in both my academic and professional career. 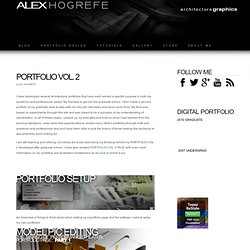 My first was to get me into graduate school. I then made a second portfolio of my graduate work to take with me into job interviews and send out to firms. My third was based on experiments through this site and was meant to be a synopsis of my understanding of visualization. In all of these cases, I played up my strengths and built on what I had learned from the previous iterations. 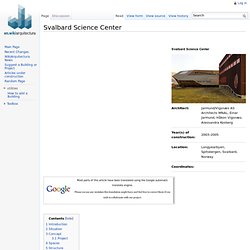 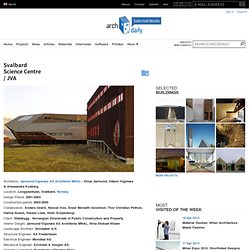 The new structure is an addition to an existing university and research building, which is extended to about 4 times its original size. Www.lasovsky.cz/juras/ <div id="javascriptwarning"><span style="white-space: pre;">JavaScript Required</span></div> juras lasovsky - portfolio drawings contact. 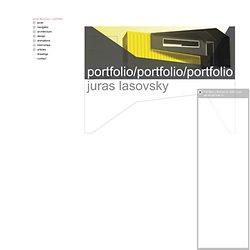 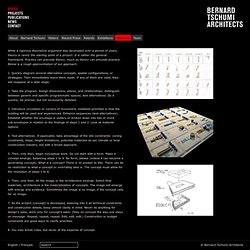 It is rather the general framework. Practice can precede theory, much as theory can precede practice. Below is a rough approximation of our approach: 1. Quickly diagram several alternative s, spatial configurations, or strategies. 2. 3. 4. 5. 6. 7. 8. Ruins of an Alternate Future (Jinhua Architecture Park) One of the great, if seldom realized, promises of architecture is its capacity to affect change.

The best architects seem to have this potential in mind constantly as they structure career-length narratives around the social impact that good design can achieve. While this is often hyperbole, and most projects are driven by functional or economic considerations, there is the occasional opportunity for artists and architects to create purely speculative work, where radical departures from established typologies suggest alternatives to the status quo. In these rare cases, novelty is embraced not for its own sake, but for its potential to generate new archetypes, to provide a glimpse into a parallel world where architecture truly has agency: where design can change society for the better.

Based around a central quad at its bottom, enclosed by a library and a series of design laboratories of institute, the building employs sections and topographies as a driving force. All the floors of the structure are center around a communal space in the middle, while the other rooms spread outwards, as the structure mounts. Featuring an expandable auditorium, the Bowkunde structure is surrounded by porous facades, with a series of spaced apart horizontal pieces, which doubles as outdoor seating as well as stairs to access the building. Default.jpg (3000×2112) 24/7 Habitable Bridge for Seville, Spain.

Adopting famous Spanish traditions of street life we propose a cosmopolitan center that would create a retreat from the harsh sun of Andalucia and extend the street life to 24 hours of the day and 7 days of the week. Seville 24/7 is not only about holiday or cultural side of Seville, it is also about the everyday human interaction. People would come here to visit a children playground, library, grocery store, night club, eat tapas, meet friends, etc. Yrat Khusnutdinov & Zhang Liheng proposal would manifest the vibrancy of civic life in the city: it would be a stage that exposes the most interesting thing – life. The sinuous surfaces of the bridge create waves which would invite people to sit on them and watch passersby.