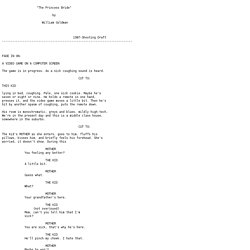 As a sick coughing sound is heard. CUT TO: THIS KID lying in bed, coughing. Pale, one sick cookie. Maybe he's seven or eight or nine. BlacKkKlansman: The True Story of How Ron Stallworth Infiltrated the K.K.K. Growing investigation: Another undercover agent was eventually added to the investigation—posing as a K.K.K. member that Chuck recruited. 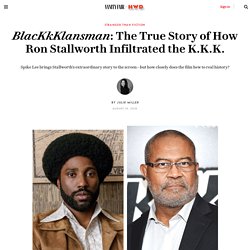 Untitled. There is a wonderful exchange in Christopher Nolan’s latest film, Tenet, between Robert Pattinson and John David Washington. 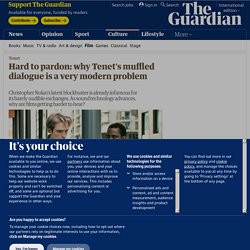 “Hngmmhmmh,” says Pattinson. “Mmghh nmmhhmmmm nghhh,” replies Washington. Marvellous. This is how much of Tenet sounded to viewers in cinemas. The film’s dialogue has been criticised by reviewers and audience members for often being impossible to make out. It’s important to say this is not a step towards a paywall We need more readers to register with us to help sustain our independent, quality journalism. Through doing so, you'll help ensure that our reporting remains freely available to everyone, and if we recognise you when you come back, we can improve your news experience too. Have a subscription? Stella Meghie’s ‘The Photograph’ Embraces the Darkness. Of course, other studio romances starring black actors have been made since 1997’s Love Jones. 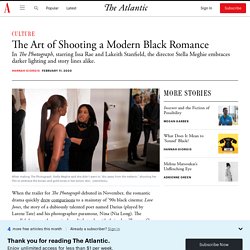 Even without accounting for indie films or web series, the past two decades have produced a modest slate of comedies with black leads: 2010’s Just Wright, with Queen Latifah and Common; 2011’s ensemble romance Jumping the Broom; 2016’s Terrence J and Cassie vehicle, The Perfect Match. Unlike The Photograph, many of these 2010s movies skewed remarkably light—whether in the tone of their script, the exposure of their cameras, or the complexion of their cast.

Meghie’s film is different on all three counts. Rae’s and Stanfield’s darker-skinned characters sit in plant-shrouded bars, walk through shadowy city corridors, and sip whiskey in Mae’s dim apartment during a rainstorm. The effect of setting the film during evening hours is a kind of heightened intimacy. Movie Scripts By Actor Or Director. So here's the nitty gritty. 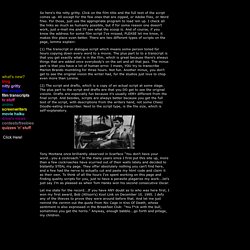 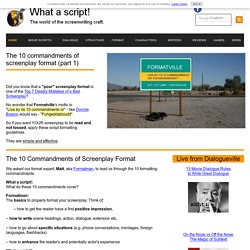 What a script! : What do these 10 commandments cover? Formatman: The basics to properly format your screenplay. Think of: -- how to get the reader have a first positive impression, -- how to write scene headings, action, dialogue, extension etc, -- how to go about specific situations (e.g. phone conversations, montages, foreign languages, flashbacks) -- how to enhance the reader's and potentially actor's experience What a script!

Formatman: Here they are: The Matrix Script: Characters, Quotes, and Screenplay PDF Download. 'Blazing Saddles' at 45: The Movie That Couldn't Get Made Today. One of the greatest comedies in the history of cinema is celebrating a birthday: The Hollywood Reporter celebrated the occasion by republishing its original review of Blazing Saddles. 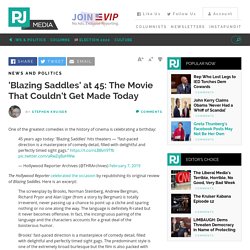 Here is an excerpt: The screenplay by Brooks, Norman Steinberg, Andrew Bergman, Richard Pryor and Alan Uger (from a story by Bergman) is totally irreverent, never passing up a chance to point up a cliche and sparing nothing or no one along the way. The language is definitely R-rated but it never becomes offensive. Constantine is a Terrible Hellblazer Adaption, But a Damned Good Modern Noir. When Constantine briefly shone on NBC, one refrain was that no matter how bumpy the series’ run was, at least it wasn’t the Keanu Reeves version. 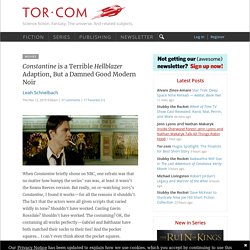 But really, on re-watching 2005’s Constantine, I found it works—for all the reasons it shouldn’t. The fact that the actors were all given scripts that varied wildly in tone? Shouldn’t have worked. Casting Gavin Rossdale? Shouldn’t have worked. But the biggest way Constantine works is by using Hellblazer as a jumping-off point, rather than a stone-carved outline to be slavishly followed.

The film draws on Garth Ennis’ classic Dangerous Habits arc, which diagnoses Constantine with terminal lung cancer. The movie dispenses with this aspect entirely. A.) Or, as Gabriel more concisely puts it: “That’s called pain, get used to it!” — Constantine. John Constantine first appeared in Saga of the Swamp Thing #25 by Alan Moore, Steve Bissette, & John Totleben in 1984. 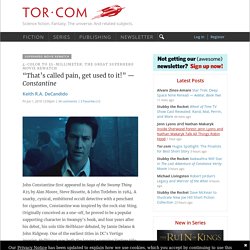 A snarky, cynical, embittered occult detective with a penchant for cigarettes, Constantine was inspired by the rock star Sting. Originally conceived as a one-off, he proved to be a popular supporting character in Swampy’s book, and four years after his debut, his solo title Hellblazer debuted, by Jamie Delano & John Ridgway. One of the earliest titles in DC’s Vertigo imprint, Hellblazer was both the longest-running Vertigo title and also one that survived that imprint’s shutting down. While the implied notion of Sting playing Constantine in a live-action adaptation never happened—the character wasn’t part of either of the Swamp Thing movies or spinoff TV show—the character did eventually make it to the screen in 2005.