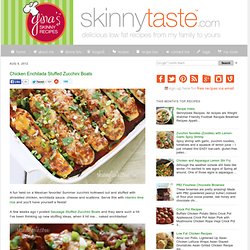 Summer zucchini hollowed out and stuffed with shredded chicken, enchilada sauce, cheese and scallions. Lemon Thyme Roasted Chicken Breasts . Kitchen Explorers . PBS Parents. Pin It Serving new and creative variations of roasted chicken breasts must pass the Abbi, Mimi, and Eli test in order for me to add it into my regular rotation of meals. 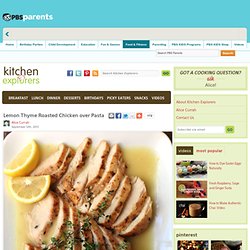 My children are hard to please eaters, and they know and accept this without apology. I don’t get nervous serving them new dishes but am always pleasantly relieved when the three of them love what is being served and ask for seconds. Today’s recipe passed the three thumbs up test with flying colors. The lemon, thyme salted chicken is good on its own but when the chicken is sliced up and served on a bed of pasta with a savory lemon sauce, not only does the meal become a hit, I get the satisfaction of relishing in the victory of winning over, not one but three, picky eaters. Best-Ever Chicken Tenders. Our quickest, easiest and crunchiest chicken tenders ever—thanks to one special ingredient: Progresso® plain panko crispy bread crumbs. 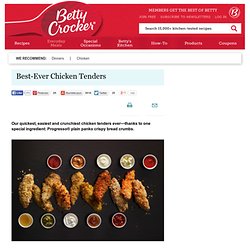 Make room in your cupboard for Progresso® plain panko crispy bread crumbs. These Japanese-style breadcrumbs are the secret to creating perfectly light and wonderfully crispy chicken strips any night of the week—no frying required. Here, the Betty Crocker Kitchens share 13 new recipes for signature strips—with flavors ranging from wild to mild—and dips, all ready for the dinner table in just 30 minutes. Honey Sriracha Chicken Tenders Honey adds sweet while Sriracha brings heat in these best-of-both-worlds strips. For the dip: Go for a spicier kick by dunking strips in more Sriracha hot sauce. Chile Lime Chicken Tenders Ancho chile powder and fresh lime add distinctive flavors that pack a punch. For the dip: Keep things easy (and delicious) with Yoplait Greek key lime yogurt. Baked Chicken & Roasted Red Pepper Taquitos. I don’t know if I ever mentioned that my most recent job was at Natural Grocers by Vitamin Cottage (don’t ask me why they decided to make their name so much longer and more annoying to say). 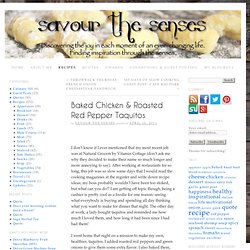 After working at restaurants for so long, this job was so slow some days that I would read the cooking magazines at the register and write down recipe ideas; my boss probably wouldn’t have been too stoked, but what can you do!? I am getting off topic though, being a cashier is pretty cool as a foodie for one reason- seeing what everybody is buying and spending all day thinking what you want to make for dinner that night. Crispy Chicken Thighs. Grilled Honey BBQ Chicken Kabobs. Lazy is my middle name this week. 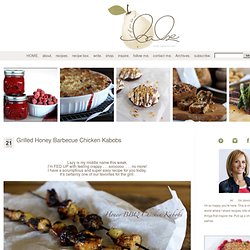 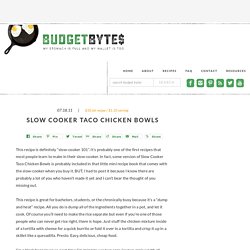 It’s probably one of the first recipes that most people learn to make in their slow-cooker. In fact, some version of Slow Cooker Taco Chicken Bowls is probably included in that little mini recipe book that comes with the slow-cooker when you buy it. BUT, I had to post it because I know there are probably a lot of you who haven’t made it yet and I can’t bear the thought of you missing out.

This recipe is great for bachelors, students, or the chronically busy because it’s a “dump and heat” recipe. All you do is dump all of the ingredients together in a pot, and let it cook. Lighter Sesame Chicken. Chicken with 40 Cloves of Garlic. We had friends over for dinner and I wanted to try a new chicken recipe that would feed a lot of people. 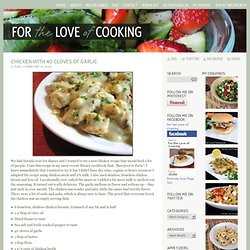 I saw this recipe in my most recent library cookbook find, “Barefoot in Paris”. I knew immediately that I wanted to try it but I didn’t have dry wine, cognac or heavy cream so I adapted the recipe using chicken stock and 2% milk. I also used skinless, boneless chicken breast and less oil. I accidentally over salted the sauce so I added a bit more milk to mellow out the seasoning. It turned out really delicious. 6 boneless, skinless chicken breasts, trimmed of any fat and in half1-2 tbsp of olive oilDried thyme to tasteSea salt and fresh cracked pepper to taste40 cloves of garlic1 tbsp of butter1 tbsp flour1 2/3 cups of chicken broth2 tbsp 2% milk (I ended up using about 1/4 cup)1 tbsp fresh parsley, chopped Separate the cloves of garlic and peel. 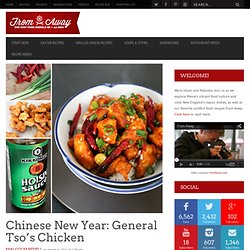 Even the origins of the dish are a little murky. Ostensibly a delicacy with origins in the Hunan province (though Hunan cuisine doesn’t typically feature very much sweetness, opting instead for sour flavors), and named after General Tso Tsung-tang, the dish’s “history” reads like the stuff of legend, or at least, the stuff from the back of an imaginative Chinese restaurant menu in NYC. In the United States, however, it is the number one selling item in Chinese takeout restaurants; often, a combination of heavily-breaded overcooked chicken tossed in a thick, gloppy, sickeningly-sweet brown sauce, with a few dried chiles thrown in for good measure. I had never been exposed to the dish until my first year in college, where the school’s hospital-style dining program was wildly out of sync with its high tuition. Today, everything changed.

Ingredients Method. Spicy Pulled Chicken. By Lauren Zembron, on December 15th, 2010 Do you like spicy food? 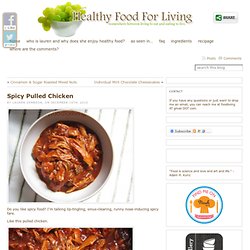 I’m talking lip-tingling, sinus-clearing, runny nose-inducing spicy fare. Like this pulled chicken. Thanks to the trifecta of a whole jalapeno pepper, chipotle chile powder, and cayenne pepper, this Spicy Pulled Chicken definitely lives up to its name.