Reclaim To Wear. This site ships to the United Kingdom. 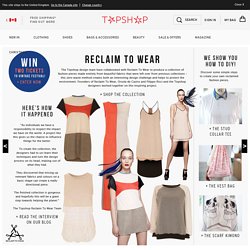 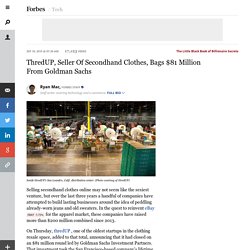 (Photo courtesy of thredUP) Selling secondhand clothes online may not seem like the sexiest venture, but over the last three years a handful of companies have attempted to build lasting businesses around the idea of peddling already-worn jeans and old sweaters. In the quest to reinvent eBay EBAY -1.73% for the apparel market, these companies have raised more than $200 million combined since 2013.

On Thursday, thredUP , one of the oldest startups in the clothing resale space, added to that total, announcing that it had closed on an $81 million round led by Goldman Sachs Investment Partners. That investment took the San Francisco-based company’s lifetime funding to more than $125 million since its 2009 founding. EBay Tops Third-Quarter Forecasts. SAN JOSE, United States — EBay Inc. on Wednesday reported third-quarter profit of $413 million. 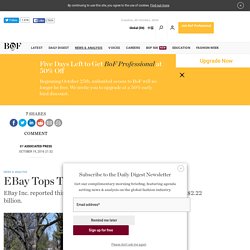 The San Jose, California-based company said it had profit of 36 cents per share. Earnings, adjusted for stock option expense and amortization costs, were 45 cents per share. The results surpassed Wall Street expectations. The average estimate of 30 analysts surveyed by Zacks Investment Research was for earnings of 44 cents per share. The e-commerce company posted revenue of $2.22 billion in the period, which also topped Street forecasts. For the current quarter ending in December, eBay expects its per-share earnings to range from 52 cents to 54 cents. The company said it expects revenue in the range of $2.36 billion to $2.41 billion for the fiscal fourth quarter. EBay expects full-year earnings in the range of $1.85 to $1.90 per share, with revenue ranging from $8.95 billion to $9 billion. eBay Inc. Reports Second Quarter 2016 Results - eBay Inc. Gross Merchandise Volume of Revenue of GAAP and Non-GAAP EPS per diluted share of and , respectively, on a continuing operations basis Repurchased of common stock Board approves additional stock repurchase authorization Raises full year 2016 revenue and EPS guidance. 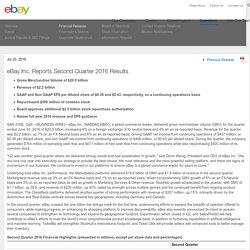 Asos Marketplace Limited - Company Information - Endole. Shoe Repair Has Moved Onto Your Phone. Cobbler Concierge is an on-demand service where you can schedule service from anywhere using your phone Cobblers, one of the world’s oldest professions, once found on street corners in cities and towns throughout America, are now a rarity. 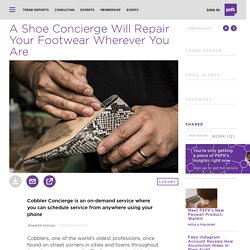 Finding a good cobbler is harder now than ever before. However, a luxury online service called Cobbler Concierge is not only providing an immediate solution for the cobbler search, it is revolutionizing the cobbler experience through technology with fast, on-demand service. The Vogue-Approved Brand Making a Play for the Direct-to-Consumer Market. How to set up a successful eBay business. LSN : Markets : Re-commerce fashion sites to rival eBay in 2013. LSN : Micro Trends : Airbnb Backlash. Tech City UK Identifies Britain's Future Digital Scale-ups - The Upscale programme from Tech City UK will power 30 of the fastest growing UK tech companies on their scaling journey 28th January, 2016 – LONDON: Tech City UK today announces the 30 digital companies selected to join the first intake of its new Upscale programme. 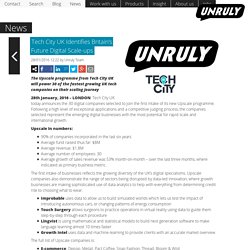 Pandora Sykes | Fashion Editor | Wednesday, 28 May 2014 The Debrief: So you can make the most of the independent boutiques on offer - even more speedily We have no doubt that you're au fait with ASOS proper, but do you ever do the old tab switcheroo over to ASOS Marketplace? 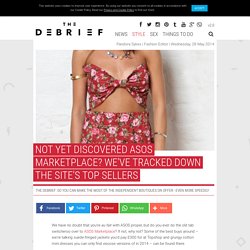 If not, why not? Some of the best buys around – we're talking suede-fringed jackets you'd pay £300 for at Topshop and grungy cotton mini dresses you can only find viscose versions of in 2014 – can be found there. Pretty much the best thing ASOS have done since, er, opening, was launch Marketplace two years ago. But to help you navigate the site even more easily, we tracked down the four top sellers on Marketplace to find out more about selling on the platform – and their top buys. Social Shopping App Depop Raises $8M, Hires Ex-Reddit GM To Break Into US Market. While eBay tries to get more social and local, and Pinterest deepens is position in e-commerce, a new mobile app out of London is building out a platform that combines all of those experiences together natively. 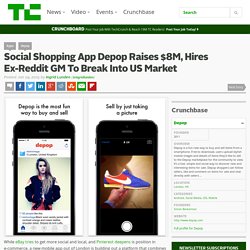 Depop, a mobile app for iOS and Android that is part Instagram-style social network and part eBay marketplace, has raised an $8 million Series A round led by Balderton Capital (formerly Benchmark Capital Europe) and Holtzbrinck Ventures. It will use the funding to expand into the U.S., with new hire Erik Martin, the ex-GM of Reddit, leading the charge. As a virtual flea market, Depop is very easy to use: as a seller, you basically take a picture and upload it in a very few steps to your “shop.” British social shopping app Depop raises $8m for US expansion. UK-based social shopping app Depop has secured an investment of $8m (£5m) from Balderton Capital (formerly Benchmark Capital Europe) and Holtzbrinck Ventures, and hired Erik Martin, former general manager of Reddit, to lead its US operation. 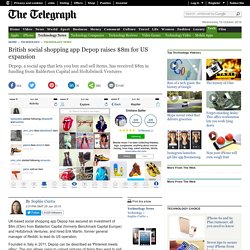 Founded in Italy in 2011, Depop can be described as 'Pinterest meets eBay'. The app allows users to upload pictures of items they want to sell to their profile page, and build up a personal feed of profiles featuring products they want to buy. Items can them be purchased directly through the app and Depop manages the transaction. Depop has grown quickly in Europe, striking a chord with Millennials, and in particular fashion bloggers. Its app reached 1.8 million downloads in 2014, and the company currently sees well over a million new products added for sale each month. 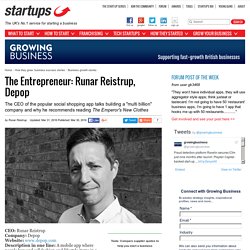 Top 5 Depop competitors in the social media and search Industry. A fashion model leading the ‘gift economy’. Impossible? Jini Reddy finds out what led successful model Lily Cole to set up a website and app aimed at nurturing a culture of sharing One click and I’m in: a universe where wishes are cast, and granted, as if by magic. It’s an online world where you can ask for whatever you need and strangers, people who live in your own neighbourhood, will provide it. But that’s impossible, right? Actually, it’s very possible, in the form of Impossible.com – a social network based on a culture of giving and receiving freely. The sharing economy is growing; an antidote to rampant consumerism and undoubtedly a reflection of our growing hunger for a society based on kinder, more trusting and nurturing forms of interaction.

Cole has worked with the world’s most well known fashion brands and graced the cover of, among other style bibles, Vogue. EBay Tops Third-Quarter Forecasts.