In search of sea otter pelts and other resources in what is now Alaska, British Columbia, Washington, Oregon and California, the Russian-American Company sent out many ships to explore, hunt and trade.

These websites gave me some idea of what the Russians believed the coast looked liked then, how they lived when they got there, and the ships they were sailing. World Map 1820. Death in the daily life of the ross colony excerpts. Environmental Living Program. A 17th-Century Russian Community Living in 21st-Century Alaska - The Atlantic. Father Nikolai says that candles represent a little sacrifice. 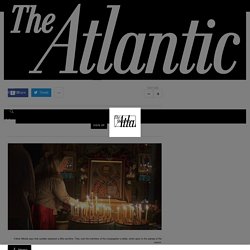 They cost the members of the congregation a dollar, which goes to the upkeep of the church. On a Sunday afternoon, in the middle of a cold winter, members of Father Nikolai's congregation and family gather in his living room for fish pie, salted salmon, and shots of Jose Cuervo 1800. Tudor stuff: Tudor history from the heart of England. The Musket – Use in battle & a dreadful injury September 25, 2009 by andy This post continues the Civil war theme of last week with a look at how the musket was used and also what might happen if a person was hit. 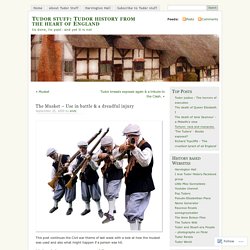 Maintaining a constant rate of fire. As you can see from the previous post, firing the gun was not an easy process. Early Sailing Ships Of The Pacific Northwest. James R. 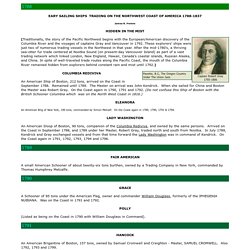 Fromm [Traditionally, the story of the Pacific Northwest begins with the European/American discovery of the Columbia River and the voyages of captains Gray and Vancouver in 1792. These explorers' ships were just two of numerous trading vessels in the Northwest in that year. After the mid-1780's, a thriving sea-otter fur trade centered at Nootka Sound (on present-day Vancouver Island) as part of a vast trading network which linked London, New England, Hawaii, Canada's coastal islands, Russian Alaska, and China. In spite of well-traveled trade routes along the Pacific Coast, the mouth of the Columbia River remained hidden from explorers behind constant rain and mist until 1792.] Sail aboard the Lady Washington and Hawaiian Chieftain.