Bringing together the building blocks - the websites and blogs - that helped me write this novel. 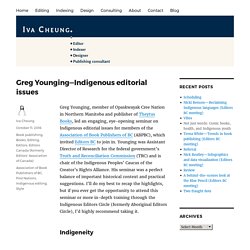 Younging was Assistant Director of Research for the federal government’s Truth and Reconciliation Commission (TRC) and is chair of the Indigenous Peoples’ Caucus of the Creator’s Rights Alliance. His seminar was a perfect balance of important historical context and practical suggestions. I’ll do my best to recap the highlights, but if you ever get the opportunity to attend this seminar or more in-depth training through the Indigenous Editors Circle (formerly Aboriginal Editors Circle), I’d highly recommend taking it. Protocols for producing Indigenous Australian Writing. Indians and Europeans of the Northwest Coast: Historical Perspective. II. 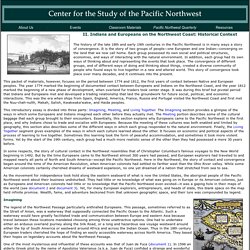 Indians and Europeans on the Northwest Coast: Historical Context The history of the late 18th and early 19th centuries in the Pacific Northwest is in many ways a story of convergence. Northwest Coast Canoes - The Bill Reid Centre. Tree Selection and Carving Process Northwest Coast canoes are usually made by a specialist canoe carver, with one or more assistants. 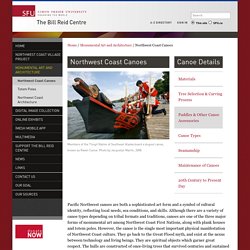 Traditionalally, this master canoe maker required a spiritual helper, as did those undertaking any major task in the boat’s construction. These men were subject to a number of constraints such as not combing their hair during construction to avoid splitting at the ends of the canoe, and ideally remaining celibate so the timber would not rot. In total, it would take three men about two months to complete a 25-foot (7.6m) canoe. Canoes of the First Nations of the Pacific Northwest.

Back to Don's Maps Back to Archaeological Sites Back to Pacific NW Coast index Photo: Don Hitchcock 2012 The First Nations people of the Northwest Coast are renowned for their elegantly engineered canoes. 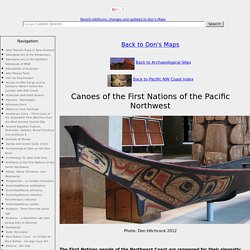 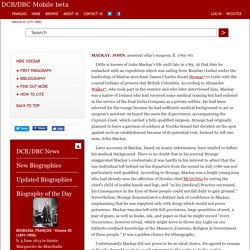 Little is known of John Mackay’s life until late in 1785. At that date he embarked with an expedition which was sailing from Bombay (India) under the leadership of Madras merchant James Charles Stuart Strange* to trade with the coastal Indians of present-day British Columbia. According to Alexander Walker*, who took part in the venture and who later interviewed him, Mackay was a native of Ireland who had received some medical training but had enlisted in the service of the East India Company as a private soldier.

Falling under the spell of fairytales and myths. A week after Midsummer night, the Royal Society of Literature brought together four writers for an event billed as a discussion of revamped fairy stories, but that turned out to encompass modernised myths, too. 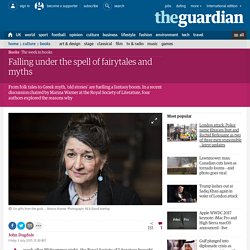 Introducing the forum, chair Marina Warner provided a typically scintillating tour d’horizon of a contemporary fantasy boom in which novelists such as Margaret Atwood, AS Byatt, Philip Pullman and Ali Smith rewrite myths and folk tales, Hollywood increasingly borrows its heroines and child adventurers (explicitly or ultimately) from the same sources or revisits legendary ancient history, and Greek drama about “the home life of the gods” is back in fashion. What was it about these “old stories” that attracted her panellists, as children and now, she asked, and why do they seem to connect with the 21st-century zeitgeist? Russian Proverbs and Sayings - With English Translation. A great way to improve your understanding of the Russian culture, people and history is to study Russian proverbs and sayings.

Not only will you discover the words of wisdom accumulated by Russian folk since the early 12th century, but you will also increase your Russian vocabulary and catch on some rhymes used in proverbs. Russian proverbs, sayings and quotes will teach you many apt observations made by Russian people, translated from ancient written sources, and borrowed from literature works. Below is the alphabetical list of Russian proverbs and sayings along with their English equivalents and literal translations.