The Four Archetypes of the Mature Masculine: Introduction. ABOUT SWASTIKA. I have seen some students who took picture in front of an old image of swastika. 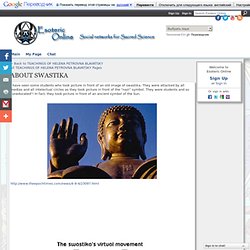 They were attacked by all medias and all intelectual circles as they took picture in front of the "nazi" symbol. They were students and so "uneducated"! In fact, they took picture in front of an ancient symbol of the Sun. Anonymous Author This article first appeared in the September 1975 issue of HERMES and was reproduced with permission in the December 1975 issue of THE AMERICAN THEOSOPHIST. “Symbols of divine truth were not invented for the amusement of the ignorant; they are the alpha and omega of philosophic thought.” A Navaho Singer, tracing a rainbow serpent, describes the shores of the heavenly “whirling lake.” SO WHY NOT DIVERSITY WITHIN UNITY? Variety and uniformity along with unity and diversity are often counter-posed as opposites, yet this phenomenon of unity opposed to diversity or diversity opposed to unity is rarely found in real life. 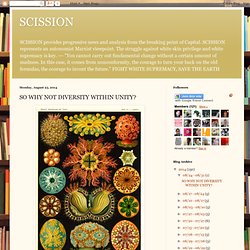 Nevertheless, the former is frequently active within the anti-capitalist movement. In this article I will argue not only that there can be diversity within the anti-capitalist struggle, but that there is already – without unity – and in the future must be diversity – within unity – for it to have any chance of success. Any revolutionary movement by working people (white-collar and blue) against the capitalist system will inevitably require a degree of unity among a diverse mix of individuals and communities. It is a reality that working people of one country, let alone the world, differ in beliefs, aspirations, motivations, languages, ages, genders, skin pigment and abilities. Zakir Naik’s ‘Concept of God in Hinduism’ In this article, we shall briefly analyze the research article by self-proclaimed expert on comparative religion, Dr Zakir Naik on “Concept of God in Hinduism”. 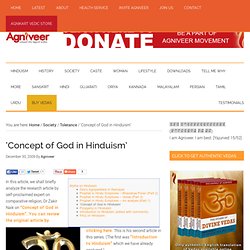 You can review the original article by clicking here. This is his second article in this series. (The first was “Introduction to Hinduism” which we have already analyzed.) The bulk of this article goes to provide evidences from Hindu texts that there is only one God. I sincerely thank Dr Naik for collecting these references at one place which are pride of not only Hindus but entire humanity.

But the motive of Dr Naik in putting this references was quite different. For present, we shall critically comment on the first part of his article on “Concept of God” and try to understand the true Hinduism and motives of this stage performer in process. Lets begin: Dr Naik: “1. Comment:(1. 2. 3. 4. 5. Comment: (1. 2. 3. 4. Brett's Miscellany: Being a Collection of Divin...

Pythagoron; the religious, moral, and ethical teachings of Pythagoras, reconstructed and ed. by Hobart Huson. A Seeker's Thoughts: The Three Gunas - Trinity (Sattwa, Tamas, Rajas) Unity of opposites. The unity of opposites was first suggested by Heraclitus (ca. 535–475 BC) a pre-Socratic Greek philosopher. 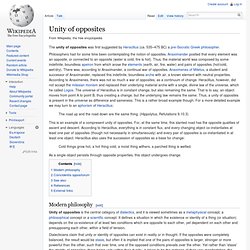 The road up and the road down are the same thing. (Hippolytus, Refutations 9.10.3) This is an example of a compresent unity of opposites. For, at the same time, this slanted road has the opposite qualities of ascent and descent. According to Heraclitus, everything is in constant flux, and every changing object co-instantiates at least one pair of opposites (though not necessarily in simultaneously) and every pair of opposites is co-instantiated in at least one object. Cold things grow hot, a hot thing cold, a moist thing withers, a parched thing is wetted.

As a single object persists through opposite properties, this object undergoes change. Modern philosophy[edit] Acvr-tom-morton-2.jpg (JPEG Image, 620 × 260 pixels) A brief history of the word ‘curator’ A very short history of the word 'curator' might run as follows. 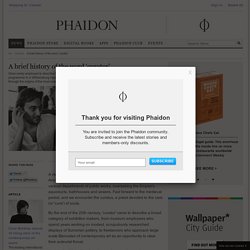 In Ancient Rome, curatores were senior civil servants in charge of various departments of public works, overseeing the Empire's aqueducts, bathhouses and sewers. Fast forward to the medieval period, and we encounter the curatus, a priest devoted to the care (or 'cura') of souls. By the end of the 20th century, 'curator' came to describe a broad category of exhibition makers, from museum employees who spend years working on modest, scrupulously researched displays of Sumerian pottery, to freelancers who approach large scale Biennales of contemporary art as an opportunity to clear their auteurial throat.

Here in the third millennium, the word curator has undergone a further shift in usage. Tumblr_msxlkhcqMu1r25564o2_500. Ubuntu Human Rights International. Problem loading page. The Breath Pause Between Ubuntu and Namaste. Ubuntu does indeed feel like a Unity word! 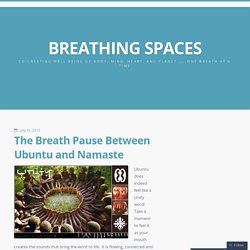 Take a moment to feel it as your mouth creates the sounds that bring the word to life. It is flowing, connected and literally feels like a way of life. My body wants to dance with this word. Dancing to the sound of drums – the beat of our hearts – uniting us in every breath moment. Taking it all in INHALE! Nelson Mandela states that Ubuntu asks the question: “Will you do something to engage the community around you to improve?” What action can you take today in your own community – within you own being – that will most certainly affect others beyond your geographical location merely by the respect, human kindness, caring, trust, unselfishness, love, and sharing that you are actively demonstrating? Meeting each other in Ubuntu we may find that the most embodied response is Namaste.

This gesture resonates with Ubuntu on a very deep and profound level. It also reminds us of the deep interconnectedness between all life forms. Namaste_silk.jpg (JPEG Image, 700 × 489 pixels) Ubuntu-an-anthropologist-proposed-a-game-to-the-kids-in-an-african-tribe-he-put-a-basket-of-fruit-near-a-tree-and-told-the-kids-that-the-first-one-to-find-the-fruits-would-win-them-all-w.jpg (JPEG Image, 720 × 936 pixels) I am, because of you: Further reading on Ubuntu. Ubuntu Philosophy & Meaning - Ubuntu. Philosophy Ubuntu is an ethic or humanist philosophy focusing on people's allegiances and relations with each other. 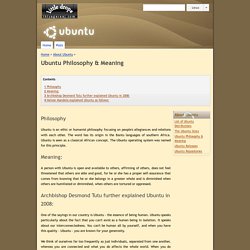 The word has its origin in the Bantu languages of southern Africa. Ubuntu is seen as a classical African concept. The Ubuntu operating system was named for this principle. Meaning: A person with Ubuntu is open and available to others, affirming of others, does not feel threatened that others are able and good, for he or she has a proper self-assurance that comes from knowing that he or she belongs in a greater whole and is diminished when others are humiliated or diminished, when others are tortured or oppressed. Archbishop Desmond Tutu further explained Ubuntu in 2008: One of the sayings in our country is Ubuntu - the essence of being human.

Nelson Mandela explained Ubuntu as follows: A traveler through a country would stop at a village and he didn't have to ask for food or for water.