A brief history of Waitangi Day. The Treaty of Waitangi is considered New Zealand's founding document, an agreement between the Crown and Maori, the country's indigenous people. 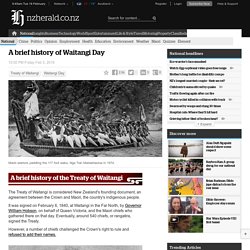 It was signed on February 6, 1840, at Waitangi in the Far North, by Governor William Hobson, on behalf of Queen Victoria, and the Maori chiefs who gathered there on that day. Eventually, around 540 chiefs, or rangatira, signed the Treaty. However, a number of chiefs challenged the Crown's right to rule and refused to add their names. The document itself has three articles, which lay out the principles on which the two groups would form a nation and build a government. It covers sovereignty, land and rights. However, the English and Maori versions do not convey the same meaning. NZ Herald: New Zealand's Latest News, Business, Sport, Weather, Travel, Technology, Entertainment, Politics, Finance, Health, Environment and Science. 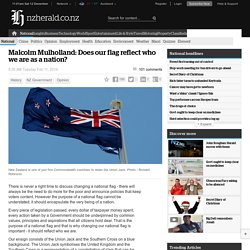 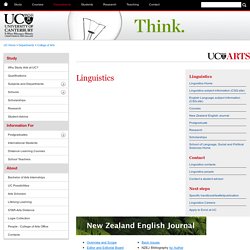 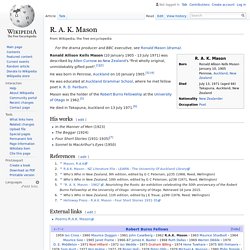 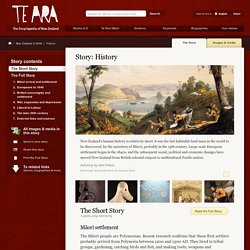 Recent research confirms that these first settlers probably arrived from Polynesia between 1200 and 1300 AD. They lived in tribal groups, gardening, catching birds and fish, and making tools, weapons and ornaments. Do you speak Kiwinglish? New Zealand's distinct linguistic identity. Enough about the “British style” and the “American way” already. 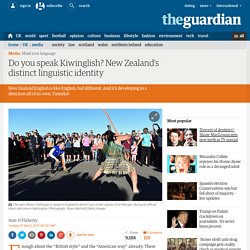 There are other nations speaking English out there. It is the official language in 58 sovereign states and recognised, if not spoken, almost everywhere else. One such place is New Zealand, where we speak a special language. Let’s call it Kiwinglish. In the UK it’s arse, in the USA it’s ass. To put it into perspective, the Maori language was actively suppressed for many years after colonisation. The Maori language is evident in more than just spoken, colloquial language. The development of Kiwi in this direction is tumeke! This uptake of indigenous words and phrases, although significant, is not the only thing that’s helping to transform modern Kiwi; it’s also the way that traditionally British words have changed meaning on their journey down under. So, is NZ English easy for native Englanders to understand? Oh, and watch out for irony.