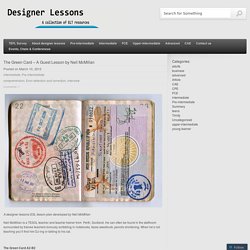 He can often be found in the staffroom surrounded by trainee teachers furiously scribbling in notebooks, faces awestruck, pencils shortening. When he’s not teaching you’ll find him DJ-ing or talking to his cat. The Green Card A2-B2 A group role-play task to practise present simple routines and personal information, question forms, reported speech using the past simple and writing skills. Length: 1hr – 1hr 30 This game is a variation on the well-worn Alibi but allows for practice with tenses more commonly learned at elementary/pre-intermediate stage. Stage 1. The Wreck of the Beautiful. Simple past songs. Of Monsters And Men - King And Lionheart (with lyrics on screen) Bastille - Things we lost in the fire (Lyrics) Dire Straits - Telegraph Road [COMPLETE STUDIO VERSION] Gotye - Thanks For Your Time. Check your English vocabulary for business and administration- aroma.… Architecture-vocabulary.pdf. Dwi Nurwi's blog :): Vocabulary Around the House.

Other Rooms Things you may find around the house Naturally Speaking. 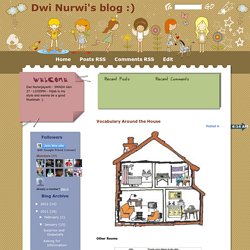 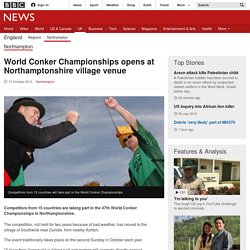 The competition, not held for two years because of bad weather, has moved to the village of Southwick near Oundle, from nearby Ashton. The event traditionally takes place on the second Sunday in October each year. "A team from Venezuela is taking part and women will compete directly against men for the first time," St John Burkett, one of the organisers, said. "There will still be both a men's and ladies' champion," he said. "If two women make it through to the grand final, the man who has done the best will be crowned Conker King with the winner of the final then becoming Conker Queen. " A traditional King Conker will ensure "grand traditions of old" are upheld.

Competitors must draw a fresh conker for each round from a bag. Tesco: ugly and misshapen fruit and veg will go on special offer. Tesco boss blames customers for food waste. Retail giant threw away 30,000 tonnes of food in the first half of this year Supermarket boss blames UK customers for ‘always pick the cream of the crop’Researchers found up to two thirds of supermarket food was wasted By Jason Groves, Chief Political Correspondent Published: 23:32 GMT, 10 December 2013 | Updated: 10:07 GMT, 11 December 2013 Fussy shoppers are a major cause of food waste, Tesco claimed yesterday. 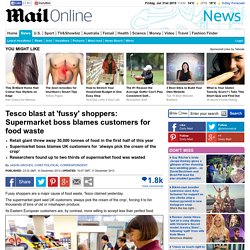 The supermarket giant said UK customers ‘always pick the cream of the crop’, forcing it to bin thousands of tons of old or misshapen produce. Its Eastern European customers are, by contrast, more willing to accept less than perfect food. What is Train Spotting? (with pictures) These 'Human' Sculptures Are Enough To Make Your Skin Crawl. Artists are often eager to push the boundary between perceptions of the beautiful and the grotesque. 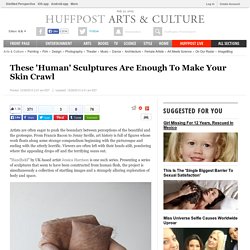 From Francis Bacon to Jenny Saville, art history is full of figures whose work floats along some strange compendium beginning with the picturesque and ending with the utterly horrific. Viewers are often left with their heads atilt, pondering where the appealing drops off and the terrifying oozes out. "Handheld" by UK-based artist Jessica Harrison is one such series. Presenting a series of sculptures that seem to have been constructed from human flesh, the project is simultaneously a collection of startling images and a strangely alluring exploration of body and space. 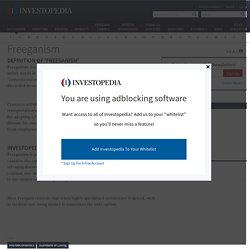 " To satisfy their needs, Freegans typically scavenge for discarded items, barter or create their own goods. Common activities include dumpster diving for food and goods, hitchhiking for transportation and squatting or camping for housing. Frequently cited motives for adopting a Freegan lifestyle include the opposition of corporate interests, distaste for overconsumption and wastefulness, and a desire for independence from employment. What does a dolphin use to get high? A toxic puffer fish that makes them lapse into a trance-like state. The footage features in TV series Dolphins: Spy in the PodSeries uses several cameras disguised as sea creatures to film dolphinsThe mammals were filmed in a trance-like state after eating puffer fish By Daily Mail Reporter Published: 12:20 GMT, 29 December 2013 | Updated: 02:03 GMT, 30 December 2013 Dolphins are said to share the human traits of bravery, jealousy and even a sense of humour. 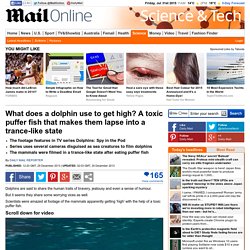