Nendo reframes the white shirt for COS installation in Milan. Milan 2014: brushed steel frames surround monochrome shirts at this installation that Japanese studio Nendo has created for fashion brand COS, unveiled in Milan today (+ movie). 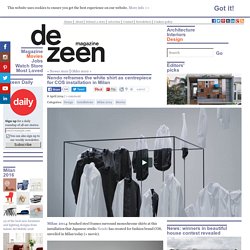 The COS x Nendo installation comprises a series of white shirts, which are displayed on stands and hung from the ceiling at different heights throughout the space. Geometric brushed-steel frames in a variety of heights and widths surround the clothes, and the parts of the shirts that sit inside them are dyed with different shades of grey. "I feel that Nendo and Cos have a lot in common with how we see things, simplicity, purity and focusing on the small details," said Nendo founder Oki Sato.

"When you look at a white shirt from COS it explains so much, so I decided to let the shirt do the talking. " At the front of the space are five metal frames that incrementally increase in size. Photography is by Daici Ano. CURRENT OBSESSION. 10 Fantastic Comic Books That Tell Women’s Stories. Desserts Inspired by Books. Autumn-winter 2015 women’s ready-to-wear collection. FINE.FOR.THEM. Desserts Inspired by Books. New Scenery New Noise. Nicecollection: Dejan Dukic - Storage Painting Nr.14, 200 cm x 169 cm, Wood, Canvas, Acryl, Fluid Pigment and Oil, 2012 (Source: nodoer) love the dusty rose color with a punch of blue love these colors on this little guy vogue nippon katharina grosse at nasher sculpture center eye of the anenome. 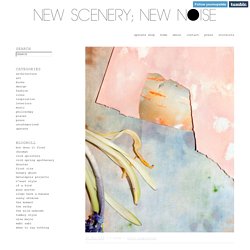 Jacket Optional, Shoes Required: March 2012. You've probably heard that the body is a canvas in relation to all the kinds of augmentations and fixer uppers than can be performed on it. 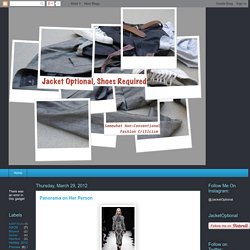 You've also probably heard of several things figuratively mentioned in relation to a blank canvas such as a new life, the on-set of a project or restarting a rocky relationship. However, this is a fashion blog. So if I say to you 'blank canvas', you might think that I'm referring to fashion as art. And yes, while fashion is art there was something I saw among various Fall 2012 womenswear design houses that suggested that we look at the body as as a whole regardless of appendages as one grand canvas. A continuous stripe disregarding merging the torso with the arms and legs, a head to foot single image like a slideshow on the body or moving cavalcade of color where limbs take a back road and seem like walking art installations are what was proposed by the following designers.

*All Photos Courtesy of Style.com. Smells the Same. Out of the Weeds. In the San Francisco Bay Area, Berkeley Open Source Food, a project funded in part by the Berkeley Food Institute, is working to increase the supply of fresh, affordable, nutritious, drought-resistant, low-carbon-impact greens—especially in urban food deserts. 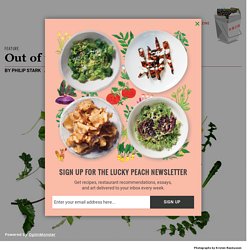 One of the ways they hope to do this is through education: opening our eyes to the feral and abundant edible plants all around us. Philip Stark tells us about the project’s origin, and about a few edible greens you might find in your own backyard. I came to foraging through long-distance trail running—noticing how the vegetation on my trail changed seasonally, and looking forward to the succession of wildflowers. I became interested in what all that green stuff I ran through might be good for. Food was an obvious answer, especially because I love to cook. CHICKWEEDStellaria media Chickweed, originally from the Eurasian continent, is found in most of the U.S. Don’t confuse it with: Scarlet pimpernel, which is not edible. Printall - PRINTALL STUDIO. From a dingy small space we have blossomed into a light, bright and well stocked textile print room in Bermondsey, London. 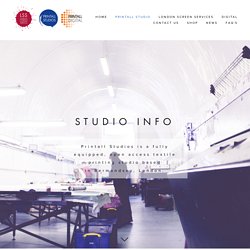 Set up by Andy Leggatt after acquiring one print table, then another and another... Andy has been in the screen print business as a supplier to the industry for over fourteen years. In 2008 after acquiring a table, Andy decided to set up a space for screen printing in a railway arch in Deptford, along with a few loyal textile designers who ran their freelance business from there. Demand soon grew, until a new home was needed. Cut to 2015, after 2 moves and 5 years in The Biscuit Factory, we're expanding yet again and now find ourselves thriving with our many different print practitioners in our brand new Printall Studios based in the arches on 42 Reymouth Road. We're excited about our new chapter in the middle of a burgeoning art community in South East London. LSS PRODUCT PRICELIST 2015_FULL.pdf.