DTI: Human Connectome Project. Comments. Mapping The Structural Connectome in Autism. 3inShare Autism and agenesis of the corpus callosum (AgCC) are distinct conditions – the first is behavioral while the second anatomical. 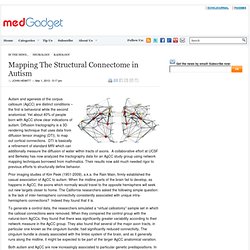 Yet about 40% of people born with AgCC show clear indications of autism. Diffusion tractography is a 3D rendering technique that uses data from diffusion tensor imaging (DTI), to map out cortical connections. Synaptic tail-chasing: Will we ever have a human connectome? The field of artificial intelligence has been set abuzz by a recent plan to create a connectome for a human brain. 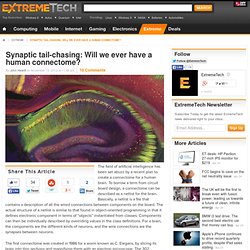 To borrow a term from circuit board design, a connectome can be described as a netlist for the brain. Basically, a netlist is a file that contains a description of all the wired connections between components on the board. The actual structure of a netlist is similar to that found in object-oriented programming in that it defines electronic component in terms of “objects” instantiated from classes. Components can then be individually described by overriding values in the class definitions. Connectome. Assessment | Biopsychology | Comparative | Cognitive | Developmental | Language | Individual differences | Personality | Philosophy | Social |Methods | Statistics | Clinical | Educational | Industrial | Professional items | World psychology | Biological:Behavioural genetics · Evolutionary psychology · Neuroanatomy · Neurochemistry · Neuroendocrinology · Neuroscience · Psychoneuroimmunology · Physiological Psychology · Psychopharmacology (Index, Outline) File:White Matter Connections Obtained with MRI Tractography.png. 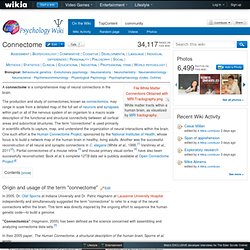 Connectome. Neuroscientists plan to use a virus that carries DNA from neuron to neuron, combined with DNA sequencing technology, to understand how the brain of the mouse is wired, cell by cell. 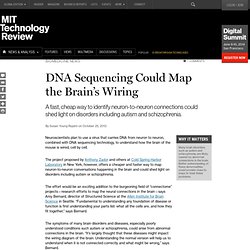 The project proposed by Anthony Zador and others at Cold Spring Harbor Laboratory in New York, however, offers a cheaper and faster way to map neuron-to-neuron conversations happening in the brain and could shed light on disorders including autism or schizophrenia. The effort would be an exciting addition to the burgeoning field of “connectome” projects—research efforts to map the neural connections in the brain—says Amy Bernard, director of Structured Science at the Allen Institute for Brain Science in Seattle. “Fundamental to understanding any foundation of disease or function is first understanding your parts list: what all the cells are, and how they fit together,” says Bernard. “This strategy is really nice, particularly as the cost of sequencing is going down,” says Bernard. Software — INCF Neuroinformatics Portal. This page lists Open Source software packages for neuroinformatics that are or were developed in Switzerland. 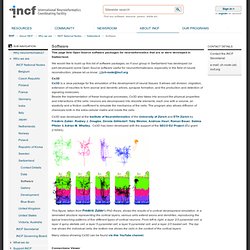 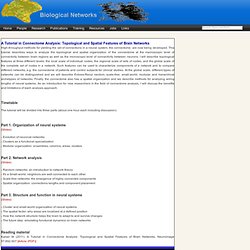 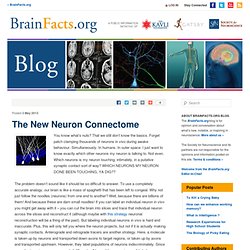 That we still don’t know the basics. Forget patch clamping thousands of neurons in vivo during awake behaviour. Simultaneously. In humans. In outer space. Visualizing the Connectome - Neuroskeptic. Last year, I blogged about a new and very pretty way of displaying the data about the human ‘connectome’ – the wiring between different parts of the brain. 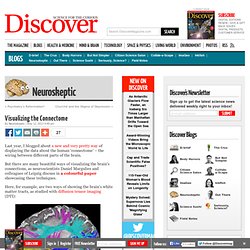 But there are many beautiful ways of visualizing the brain’s connections, as neuroscientists Daniel Margulies and colleagues of Leipzig discuss in a colourful paper showcasing these techniques. Here, for example, are two ways of showing the brain’s white matter tracts, as studied with diffusion tensor imaging (DTI): Another striking image is this one, a representation of the brain’s functional connectivity – the degree to which activation in each part of the brain is correlated with activity in every other part. Behind the Connectome Commotion. Connectomics is having a moment. 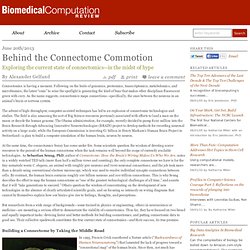 Following on the heels of genomics, proteomics, transcriptomics, metabolomics, and microbiomics, the latest “omic” to seize the spotlight is generating the kind of buzz that makes other disciplines fluorescent green with envy. As the name suggests, connectomics maps connections—specifically, the ones between the neurons in an animal’s brain or nervous system. Connectome project releases brain data. The Human Connectome Project, a five-year endeavor to link brain connectivity to human behavior, has released a set of high-quality imaging and behavioral data to the scientific community. 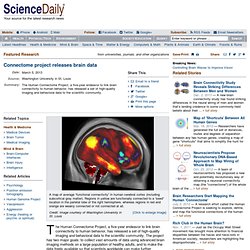 Over the next several years, the number of subjects studied will increase steadily to a final target of 1,200. Life Science Technologies: This Is Your Brain: Mapping the Connectome. It's been 20 years since Francis Crick and Edward Jones, in the midst of the so-called Decade of the Brain, lamented science's lack of even a basic understanding of human neuroanatomy. "Clearly what is needed for a modern human brain anatomy is the introduction of some radically new techniques," the pair wrote in 1993.

Clearly, researchers were listening. Connectome News, Videos, Reviews and Gossip - io9. The brain: with all its cells and their connections. Scientists succeed in the complete reconstruction of a piece of retina August 07, 2013 Decoding the essence of being – understanding the brain and all its connections, that is Connectomics. Scientists from the Max Planck Institutes for Medical Research in Heidelberg, of Neurobiology in Martinsried near Munich, and the Massachusetts Institute of Technology (MIT) now made an important step in this direction: After analyzing data for four years, aided by about 200 undergraduate students, the scientists created a precise diagram of all nerve cells and their connections in a piece of mouse retina.

Although representing only a small fraction of the brain, this diagram already revealed a new cell type and circuit motifs that may help to understand the reactions of certain retinal cells. Zoom Image 950 neurons in a block of mouse retina, reconstructed from serial block-face electron microscopy data by more than 200... The retina does not merely transform images into electrical signals. Sequencing the Connectome. Connectivity determines the function of neural circuits. Historically, circuit mapping has usually been viewed as a problem of microscopy, but no current method can achieve high-throughput mapping of entire circuits with single neuron precision. Here we describe a novel approach to determining connectivity. We propose BOINC (“barcoding of individual neuronal connections”), a method for converting the problem of connectivity into a form that can be read out by high-throughput DNA sequencing. The appeal of using sequencing is that its scale—sequencing billions of nucleotides per day is now routine—is a natural match to the complexity of neural circuits.

Multi-Modal Multi-Level Network and Neuroimaging Visualization and Analysis. Sex differences in the structural connectome of the human brain. Author Affiliations Edited by Charles Gross, Princeton University, Princeton, NJ, and approved November 1, 2013 (received for review September 9, 2013) Significance Sex differences are of high scientific and societal interest because of their prominence in behavior of humans and nonhuman species. This work is highly significant because it studies a very large population of 949 youths (8–22 y, 428 males and 521 females) using the diffusion-based structural connectome of the brain, identifying novel sex differences. The results establish that male brains are optimized for intrahemispheric and female brains for interhemispheric communication. Abstract Sex differences in human behavior show adaptive complementarity: Males have better motor and spatial abilities, whereas females have superior memory and social cognition skills. Footnotes.