Entrepreneur, philanthropist and innovator Andrew Barnes is the owner of Coulthard Barnes, the holding company for his trust companies, digital businesses, winery, property and other ventures.

Perpetual Guardian and Will to Live. Diana Clement talks about classic money mistakes. Andrew Barnes on Breakfast TV1. Diabetes New Zealand Fitbit 'Movemeant' Challenge Winner Andrew Barnes Talks Workplace Wellness. Kowhiri Means Choice. The Privacy Act 1993 requires us to inform you that: Purpose of collection Personal information is information about an identifiable individual and includes facts or an opinion about you which identifies you or by which your identity can be reasonably determined. 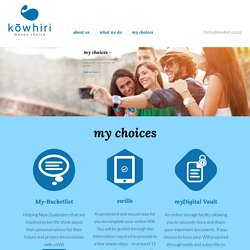 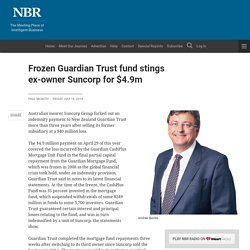 The $4.9 million payment on April 29 of this year covered the loss incurred by the Guardian CashPlus Mortgage Unit Fund in the final partial capital repayment from the Guardian Mortgage Fund, which was frozen in 2008 as the global financial crisis took hold, under an indemnity provision, Guardian Trust said in notes to its latest financial statements. At the time of the freeze, the CashPlus Fund was 35 percent invested in the mortgage fund, which suspended withdrawals of some $249 million in funds to some 3,700 investors.

Andrew Barnes Appointed to Chair of Simply Payroll. The founder of New Zealand’s foremost provider of online Will services, Kōwhiri, is deepening his investment in local innovation by taking the role of chair of the board of Simply Payroll, the new mobile application for payroll. 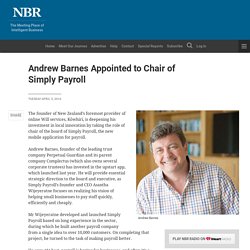 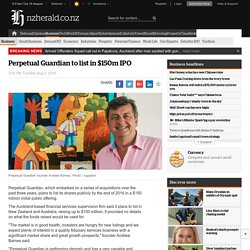 The Auckland-based financial services supervision firm said it plans to list in New Zealand and Australia, raising up to $150 million. It provided no details on what the funds raised would be used for. NZ Guardian Trust bought for $68m. Brian Gaynor's Milford Asset Management and businessman Andrew Barnes have bought New Zealand Guardian Trust for $68.5 million. 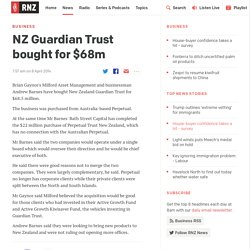 The business was purchased from Australia-based Perpetual. At the same time Mr Barnes' Bath Street Capital has completed the $22 million purchase of Perpetual Trust New Zealand, which has no connection with the Australian Perpetual. Mr Barnes said the two companies would operate under a single board which would oversee their direction and he would be chief executive of both. He said there were good reasons not to merge the two companies. They were largely complementary, he said. Wills gain new life in digital age. Trust company aims to cast off old-school style and make the most of today’s technology. 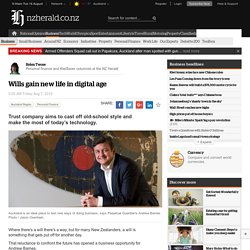 Where there's a will there's a way, but for many New Zealanders, a will is something that gets put off for another day. That reluctance to confront the future has opened a business opportunity for Andrew Barnes. Using digital tools to make it cheap and easy to write a will is just one of the ideas the managing director of Perpetual Guardian has on the boil to shake up the staid trust company industry - not just in New Zealand, but globally. Barnes, who is in the running for the EY Entrepreneur of the Year award, says New Zealand is a fantastic launchpad for international innovation, which is reflected in his own industry. When I first came here, I came here with the intention of reforming a company and I've ended up reforming an industry. Barnes says his involvement with trust companies began 10 years ago when he headed Australian Wealth Management, an Australian-listed business spun out of Tower. Untitled. Andrew Barnes in NZ Management - Alexander PR.

Active Downtime: Getting Match-Fit For Business. As a former member of the Royal Navy I still sail regularly, recently joining the crew of the classic yacht, Waitangi. 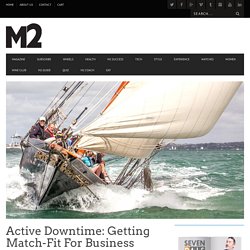 She is a beautiful yacht first launched in 1894. Previously I competed up to 40 times a year in various countries. My work life as the owner of a group of trust companies can be very busy and high-pressure, as can classic yacht racing. What the latter offers me, though, is an odd mix of distraction and concentration. Where There's A Will, There's A Way. Recent global events remind me how lucky I am to call New Zealand home. 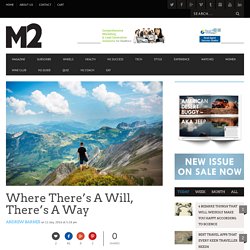 Terrorist attacks in countries including the United States, Iraq and Turkey in recent weeks, and the political and economic turmoil in Europe headlined by the ongoing migrant crisis and the surprise ‘Brexit’ result. New Zealand has its own challenges, but they seem small compared to what is going on elsewhere. Art a Secret Ingredient for Business Success. New Zealand has an interesting relationship with art.It gets little coverage in our sports-obsessed nation yet New Zealanders are more in touch with their artistic side than we think. 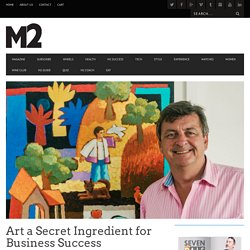 And while New Zealand produces some world-class artists, funding is limited and the sector doesn’t attract as much philanthropic support as it needs. Art is an important part of the fabric of our society, but I have discovered it can also be a valuable tool for businesses. As the son of artists I have long held an interest in art, but even I was surprised to learn how the choice of art can influence the direction of culture in a business, as well as how it is perceived by customers and staff. The experience came at Perpetual Guardian, where we had been upgrading and modernising all our offices across the country to reflect our culture as an innovative business that embraces change, shifting our thinking into the 21st century.The art connection came almost by accident. www.coulthardbarnes.co.nz. 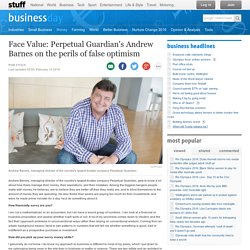 Andrew Barnes, managing director of the country's largest trustee company Perpetual Guardian, gets to know a lot about how Kiwis manage their money, their aspirations, and their mistakes. Among the biggest clangers people make with money, he believes, are to believe they are better off than they really are, and to blind themselves to the amount of money they are spending, He also thinks Kiwi savers are paying too much for their investments, and were he made prime minister for a day, he;d do something about it. How financially savvy are you? I am not a mathematician or an accountant, but I do have a sound grasp of numbers. How did you pick up your savvy money skills? Deal creating $55m seems magical. Last updated 05:00 23/04/2014 Accountants are amazing. They can make money appear or disappear, change shape or time-travel, or move around in mysterious ways. OPINION: Chalkie reckons it's done with spells. Every year a new intake of students is whisked away to the Hogwarts Academy of Accountancy to be schooled in the dark arts.

Their secrets must never be revealed to the muggles, nor must they fly in public. Andrew Barnes. Andrew Barnes - Coulthard Barnes. The Perpetual Guardian team has great aspirations. We want to ensure that every New Zealander who should have a Will, has a Will, by making them affordable and accessible to everyone. Across our other products and services, we continue to bring innovation to the legal services industry by creating digital solutions that will make Perpetual Guardian the first choice of New Zealanders to protect their legacy. Perpetual Guardian. With a track record of market-changing innovations and the digitising of various industries, Andrew Barnes identified the opportunity for the evolution of real estate in Australia, and was chairman of realestate.com.au at the time of its IPO on the ASX.