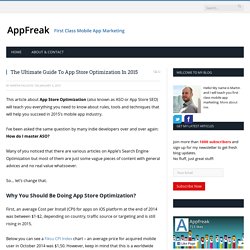 I’ve been asked the same question by many indie developers over and over again:How do I master ASO? Many of you noticed that there are various articles on Apple’s Search Engine Optimization but most of them are just some vague pieces of content with general advices and no real value whatsoever. So… let’s change that. 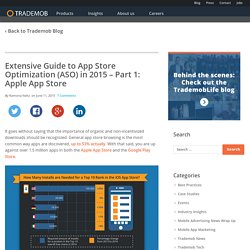 General app store browsing is the most common way apps are discovered, up to 53% actually. With that said, you are up against over 1.5 million apps in both the Apple App Store and the Google Play Store. Source: Trademob As shown above, 100,000 downloads are needed to break into the top 10 overall apps in the US, and with average CPI of $3.30 USD in the region, this campaign will set you back around $330,000 (USD). How can I compete with brands and developers that have hundreds of thousands in advertising budget? 5 Myths About App Store Optimization (ASO) Hang on to your brain. 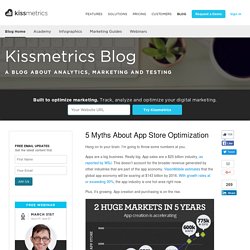 I’m going to throw some numbers at you. Apps are a big business. Really big. App sales are a $25 billion industry, as reported by WSJ. This doesn’t account for the broader revenue generated by other industries that are part of the app economy. Plus, it’s growing. Graph from Moz. With a billion smartphones in the world, people are buying apps. App Store Optimization – A Crucial Piece of the Mobile App Marketing Puzzle. The App Store Optimization Checklist: Top 10 Tips. How to Get Your App Content Indexed by Google. As mobile technology becomes an increasingly common way for users to access the internet, you need to ensure that your mobile content (whether on a mobile website or in a mobile app) is as accessible to users as possible. 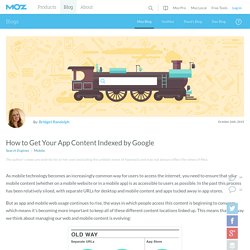 In the past this process has been relatively siloed, with separate URLs for desktop and mobile content and apps tucked away in app stores. But as app and mobile web usage continues to rise, the ways in which people access this content is beginning to converge, which means it's becoming more important to keep all of these different content locations linked up. This means that the way we think about managing our web and mobile content is evolving: So how do we improve the interaction between these different types of content and different platforms, getting to the point of being able to have a single URL which takes the user to the most appropriate version of the content based on their personal context? 9 Things You Need to Know About Google's Mobile-Friendly Update.

The author's posts are entirely his or her own (excluding the unlikely event of hypnosis) and may not always reflect the views of Moz. 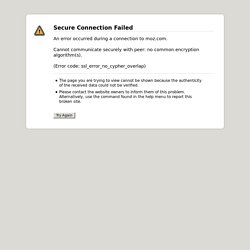 Rumors are flying about Google's upcoming mobile-friendly update, and bits of reliable information have come from several sources. My colleague Emily Grossman and I wanted to cut through the noise and bring online marketers a clearer picture of what's in store later this month. In this post, you'll find our answers to nine key questions about the update. 1. What changes is Google making to its algorithm on April 21st? Answer: Recently, Google has been rolling out lots of changes to apps, Google Play, the presentation of mobile SERPS, and some of the more advanced development guidelines that impact mobile; we believe that many of these are in preparation for the 4/21 update. Infographic: Mobile SEO Tips To Help You Survive The Coming Google Mopocalypse. 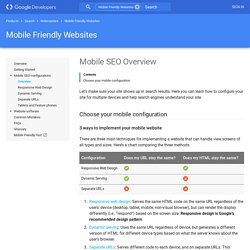 Here you can learn how to configure your site for multiple devices and help search engines understand your site. 3 ways to implement your mobile website There are three main techniques for implementing a website that can handle view screens of all types and sizes. Here’s a chart comparing the three methods: Responsive web design: Serves the same HTML code on the same URL regardless of the users’ device (desktop, tablet, mobile, non-visual browser), but can render the display differently (i.e., “respond”) based on the screen size. Google does not favor any particular URL format as long as the page(s) and all page assets are accessible to all Googlebot user-agents. For more information on selecting a mobile site configuration (and weighing the pros and cons of each option), please see “Building Websites for the Multi-Screen Consumer”. The key points for going mobile Understand the difference between devices.