LivingLight: Hanging Garden OLED Pendant Lights Are Powered by the Soil They Contain. Michael Oechsle’s gorgeous LivingLights are hanging gardens that illuminate interiors while freshening the air with living plants. 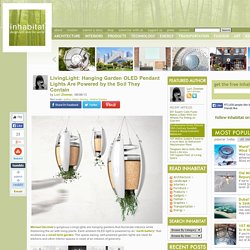 Each ambient OLED light is powered by an “earth battery” that doubles as a small herb garden. The space-saving, self-powered garden lights are ideal for kitchens and other interior spaces in need of an infusion of greenery. Floating Houses IJburg - Architectenbureau Marlies Rohmer. Film Discovery ChannelFilm Deutsche WelleFilm 13th Venice Architecture BiennaleAmerican Society of Landscape Architects: Sweet and Salt, Water and the DutchFilm BBC The Culture Show. 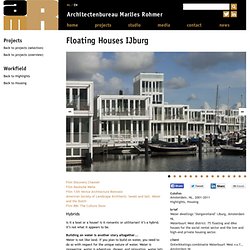 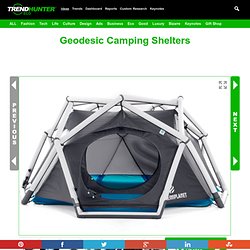 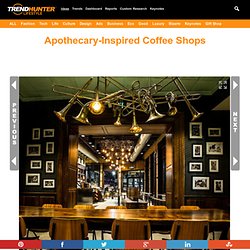 Taking inspiration from the city's history as a former coffee trading port and the city's unique identity, the design team put together a Starbucks that looks more like an apothecary in the early 19th century. Frank Gehry's Biomuseo in Panama prepares to open. News: structural work has completed on the Museum of Biodiversity in Panama – the first building in Latin America designed by Frank Gehry – ahead of its official opening in October (+ slideshow). 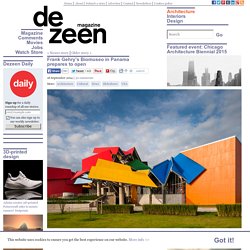 Occupying a site on the Amador Casueway at the entrance to the Panama Canal, the 4,000 square metre Biomuseo by Frank Gehry includes eight galleries, space for temporary exhibitions, a shop and a cafe. The colourful design is intended to represent the narrow land mass now known as Panama rising out of the sea to unite the drifting continents of north and south America three million years ago. A 2.4-hectare botanical park surrounding the building also hosts a series of outdoor exhibits. "This has been a very personal project for me," said Gehry.

"I feel close ties to the people of Panama, and I believe strongly that we should all be trying to conserve biodiversity, which is threatened everywhere. " Drop umbrella by Ayca Dundar is made of just six parts. Royal College of Art graduate Ayca Dundar has redesigned the umbrella, paring it back to a pop-up canopy with six parts so it can recover from being blown inside out (+ movie). 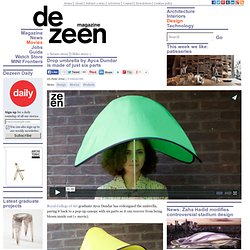 Driven by the number of broken umbrellas she saw littering London's streets on a rainy day, Dundar set about finding a better solution. She dissected a number of the broken umbrellas and decided that the problem lay in their overly intricate mechanisms. "Their complex structure makes them fragile and non-repairable," she said. "They are so rigid that they turn inside out and break during strong winds. " The Drop umbrella has a supple structure, so it flexes during strong wind and comes back to its original position afterwards. Its organic form consists of only six repairable parts that depend on material properties rather than hinges and joints. Simon Heijdens creates "kaleidoscope of light" at London gallery. 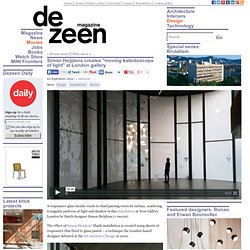 The effect of Simon Heijdens' Shade installation is created using sheets of responsive film fixed to glass panels – a technique the London-based designer debuted at the Art Institute Chicago in 2010. "Technology is going to turn the entire fashion industry inside out". Fashion and technology: the digital revolution presents the "biggest challenge for fashion brands" according to digital fashion pioneer Francis Bitonti who asks: "How will an industry where value is communicated by exclusivity and craft cope with this new space? 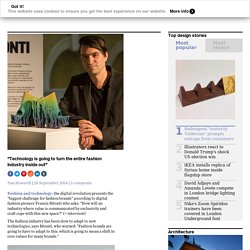 " (+ interview) The fashion industry has been slow to adapt to new technologies, says Bitonti, who warned: "Fashion brands are going to have to adapt to this, which is going to mean a shift in core values for many brands. " The New York-based designer initially trained as an architect but has recently focussed on applying advanced manufacturing techniques to fashion, jewellery and accessories, including a 3D-printed dress for Dita von Teese and a pair of 3D-printed shoes. "We want to redevelop everything from design methodology to material and form, to distribution and production," he said. "This technology is going to turn the entire industry inside out. " Purple locket is a digital version of the traditional heirloom. Design studio Artefact Group has created a conceptual smart locket that wirelessly interacts with social networks to display a digital memento of friends or family. 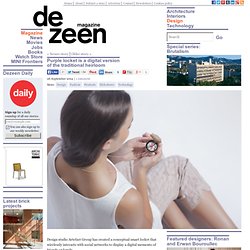 Intended as a benchmark for how fashion and technology can complement each other, Artefact's Purple is a proof-of-concept locket that wirelessly receives images and messages from the wearer's social networks, offering a 21st-century update to the traditional keepsake. The locket is able to connect to SMS, Facebook, Instagram, and other sources, but rather than swamping the wearer with every possible update, the user first selects the people they'd like to receive notifications from. A simple gesture control interface allows the wearer to browse these collected keepsakes, 'like' favourites, or send a message. An accompanying app enables further options like creating personalised keepsakes with filters and effects, or adding and removing people from the update list. Home - Space For Special Times with HSBC Premier. The “Shutdown Bangkok” campaign waged on the streets of the Thai capital by opposition groups – and continuing political instability – may have temporarily dented the image of the “Land of a Thousand Smiles”, but Bangkok’s estate agents remain bullish. 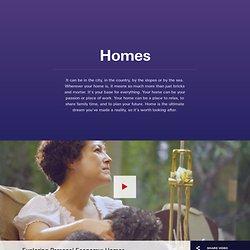 “Buyers have a bit of a wait-and-see attitude at the moment,” says Claude Wagner, director of Engel & Völkers Thailand. “But most expats interested in purchasing here already have experience of living in Asian countries – if not in Thailand – and tend to be pretty sanguine about things. Over the past few years price rises of 5 per cent have been usual, but it could be less this year, and buyers may have a better negotiating position.” According to James Pitchon, executive director of CBRE Thailand, “there hasn’t been any adjustment in pricing – what has happened is that the rate at which condominiums are be-ing launched has slowed down.”

"People here are very kind and helpful – they think it’s good for their karma. Buying guide. Digital flip-book shows changing cities in time-lapse - tech - 01 October 2014. Video: 3D model reconstructs changing cities PHOTOGRAPHS may freeze a moment in time, but our world never stops changing. Now a system called Scene Chronology can use photos from across the internet to create a video that shows this change in action. Kevin Matzen and Noah Snavely from Cornell University in Ithaca, New York, created a 3D model of Times Square in New York City and the Akihabara district of Tokyo. Their system then overlaid the models with millions of photos taken between 2011 and 2013 that were automatically pulled in from sites across the web, including photo-sharing website Flickr. Wind 54 – minimalist and exclusive design. Wind 54, the new composition that Toncelli presented at Eurocucina 2014, is distinguished by its minimal design and wealth of charm, where exclusive and innovative materials play the absolute leading role and fully reflect the rich but discreet style of all Toncelli products.

Censored bits and candy-coloured prints – the Turner prize 2014 in pictures. From censored genitalia to the spoken word in Southend, here’s a look at the four shortlisted artists for the 2014 Turner prize, which is at Tate Britain from 30 September to 4 January 2015. The winner will be announced on 1 December The anti-conceptual art group the Stuckists left a written apology for not protesting the 2014 Turner prize show outside Tate Britain, saying that it’s ‘not worth bothering about’.Photograph: Anthony Devlin/PA. Meet The Next Generation of Waste-Free Food Packaging. The new school year is now underway and it’s time to start thinking about what is in your child’s lunch. A fruit cup with a disposable plastic spoon? Plastic zip-top bags for sandwiches and veggies? Individually-wrapped dessert? A bag of potato chips? A juice box?