Home. ES - Home. Five Elements of Composition in Photography – Thespians. International Journalists' Network. Photo captions are often the first elements of a publication to be read. 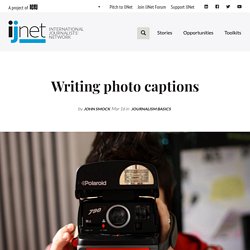 Writing photo captions is an essential part of the news photographer’s job. A photo caption should provide the reader basic information needed to understand a photograph and its relevance to the news. It should be written in a consistent, concise format that allows news organizations to move the photo to publication without delay. Professional standards of clarity, accuracy and completeness in caption writing should be as high or higher than any other writing that appears in a publication.

A poorly written caption that is uninformative or worse: misleading can diminish the impact of a good photo and undermine its credibility as journalism. Writing captions.

Andrew Wyeth. Christina's World. 1948. Untitled. Hurricane Katrina Statistics Fast Facts - CNN. August 29, 2005 -Hurricane Katrina makes landfall as a Category 3 storm with 127 mph winds between Grand Isle, Louisiana, and the mouth of the Mississippi River at about 6 a.m. - Severe flooding damage to Gulfport, Mississippi, New Orleans, Louisiana, and areas in between. - Some levees are overtopped in New Orleans, and there is extensive damage to the Superdome roof, where more than 10,000 people sought shelter from the storm. 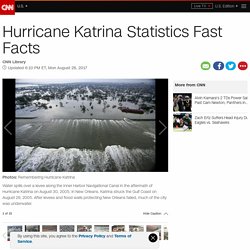 According to FEMA, Katrina is, "the single most catastrophic natural disaster in US history. " According to FEMA, the total damage for Katrina is estimated at $108 billion. This makes it the "costliest hurricane in US history. " National Geographic Traveler Magazine: 2012 Photo Contest - Photos - The Big Picture - Boston.com. The 24th annual National Geographic Traveler Photo Contest is in full swing. 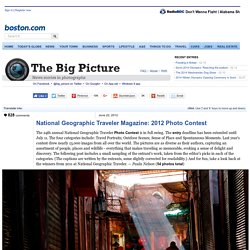 The entry deadline has been extended until July 11. The four categories include: Travel Portraits; Outdoor Scenes; Sense of Place and Spontaneous Moments. Last year's contest drew nearly 13,000 images from all over the world. The pictures are as diverse as their authors, capturing an assortment of people, places and wildlife - everything that makes traveling so memorable, evoking a sense of delight and discovery. The 2016 National Geographic Travel Photographer of the Year Contest (15 Photos) *Last call for entries! 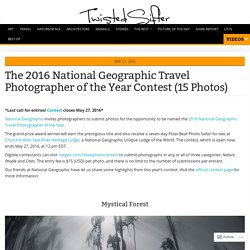 Contest closes May 27, 2016* National Geographic invites photographers to submit photos for the opportunity to be named the 2016 National Geographic Travel Photographer of the Year. Girl Scout Program Brings Kids to Prison to See Their Moms. ‘Something to Live For’ The Girl Scouts Who Visit Their Moms In Prison Layla during a visit with her mother. 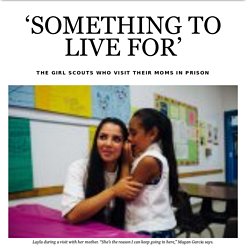 “She’s the reason I can keep going in here,” Magan Garcia says. BY MELISSA CHAN | photographs BY sara naomi lewkowicz FOR TIME Buzzing with excitement, Layla climbs into a van with her Girl Scout troop and heads to a familiar place — a prison. The 7-year-old Texas girl is going to see her mother, just like she does on the third Saturday of every month, as part of a program aimed at improving bonds between incarcerated women and their young daughters. Layla wants to tell her mom about her new baby guinea pig, Penelope. Untitled. How Photographers Are Changing the Definition of the Photo Essay. Whether through digital channels, print or on exhibit, the impact, influence and reach of the still image has never been greater. 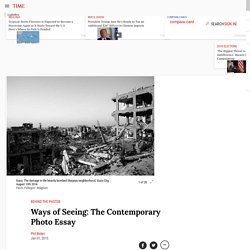 But with so many images fighting for our attention, how do photographers make work that most effectively stands out and connects with an audience. In this seven-part series, TIME looks back over the past 12 months to identify some of the ways of seeing—whether conceptually, aesthetically or through dissemination—that have grabbed our attention and been influential in maintaining photography's relevance in an ever shifting environment, media landscape, and culture now ruled by images. The Contemporary Photo Essay We live in an age where the volume of photographic output has never been greater.

Yet the propensity is for images to be conceived, received digested and regurgitated in an isolated, singular form—and without further context. Untitled. Buses in Seoul install 'comfort women' statues to honour former sex slaves. Buses serving several routes in central Seoul have acquired a new and highly controversial passenger: a barefoot “comfort woman”, wearing a traditional hanbok dress with her hands resting on her knees. 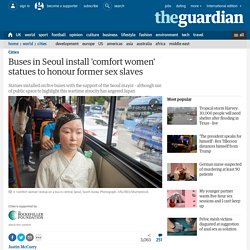 Appearing on the front seat of buses in the South Korean capital earlier this week, the statues were installed by the Dong-A Transit company as a potent reminder of an unresolved wartime atrocity whose roots lie in Japan’s 1910-1945 occupation of the Korean peninsula. The term “comfort women” is a euphemism for as many as 200,000 girls and young women, mostly from the Korean peninsula, who were coerced into working in Japanese frontline brothels before and during the second world war. “It is designed to remind South Koreans of suffering the women went through,” said Rim Jin-wook, the head of Dong-A Transit, the bus company behind the statue passengers. Untitled. The 10 Best Photo Essays of the Month. Fletcher Street Crew. Banque d'images, photos libres de droits et les toutes dernières photos d'actualités internationales.