ESL Interactive Fun Games Here we have the games carefully laid out for you. 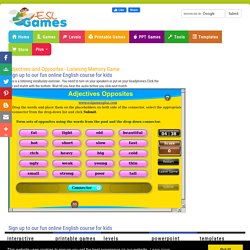 Games to practice English pronunciation, phonetics and phonics. Opposite Songs For Kids/Opposite Songs For Children. There Is There Are. Gold Fever: How The Rush Began. Gold Rush - Behind the News. California Gold Rush, History Videos for Kids, Claritas cycle 3 week 28. The California Gold Rush cartoon 1849 (The Wild West) How The Tiger Got Its Stripes - Story. Corbett National Park, Uttarakhand, India: Wildlife Caught in a Camera Trap. Indian Wildlife. The Wildlife Map of India. 115 animals, 46 biodiversity hotspots, one giant illustration- here is the Wildlife Map of India, out on Green Humour to mark the Wildlife Week! 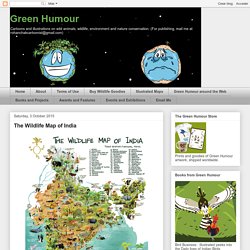 Swamp Deer at Dudhwa National Park India – home to many wild species of animals and birds; among which it is habitat to many endangered animals in Indian wildlife. 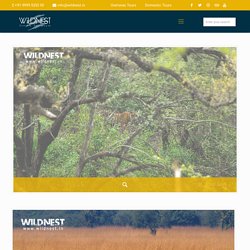 As per the latest stats, 25% of the land is covered with land forest in India and has more than 100 National Parks. Offering us a large picture of Indian wildlife and its beauty in an absolute enchantment – which attracts the wildlife fanatics, photographers and film makers to explore Indian forest. As much as wildlife calls out for adventure, it also offers lot of enthralling experiences. Indian wildlife has some animals which are near to the extinction as well and hence we bring you the list of top 10 endangered animals in Indian Wildlife List.

Red Panda Scientific name – Ailurus fulgens Status – Listed among the endangered animals in Indian wildlife Known for – One of the most photogenic mammal in Indian wildlife who is mostly clinging on the bamboo trees. Also read: Top 10 Most Beautiful Birds in India Phayre’s Leaf Monkey. Wildlife In India - Step Into The Real Life Jungle Book. It is a dream for many people to visit the national parks and wildlife reserves in India to explore its rich wildlife and enjoy the amazing natural world. 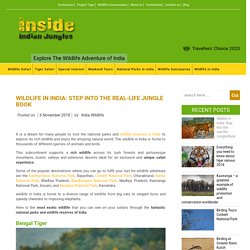 Bengal Tiger Also referred to as the ‘Big Cat’, this animal has a very attractive appearance. Greater One-Horned Rhinoceros. 33 Best National parks in India to visit and All Parks State wise. A land with a wide range of diversity also fits even with the wildlife. 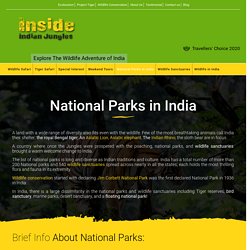 Few of the most breathtaking animals call India their shelter; the royal Bengal tiger, An Asiatic Lion, Asiatic elephant, The Indian Rhino, the sloth bear are in focus. A country where once the Jungles were prospered with the poaching, national parks, and wildlife sanctuaries brought a warm welcome change to India. The list of national parks is long and diverse as Indian traditions and culture.

India has a total number of more than 200 National parks and 540 wildlife sanctuaries spread across nearly in all the states; each holds the most thrilling flora and fauna in its extremity. Kaziranga National Park Photos - Wild Nest. Tadoba Andhari Tiger Reserve Photos - Wild Nest. Wildlife photography,bird photography and nature photography in India - Wildnest. Leopard nursed back from the brink of death and released back to the wild.

How Tiger Got His Stripes (Animated Stories for Kids) How the Tiger Got Its Stripes ! Katy Perry - Roar (Official) TAJ MAHAL (Agra, India): full tour.