National Days: The Ultimate List (and Downloadable Calendar) Holidays and national days are reliably popular trending topics that you can shape content around. 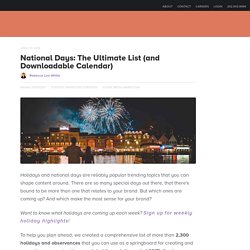 There are so many special days out there, that there’s bound to be more than one that relates to your brand. But which ones are coming up? And which make the most sense for your brand? Want to know what holidays are coming up each week? Parenting through depression with a preschooler. I read this article on depression in mothers of four-year-olds for the first time when my son was two. 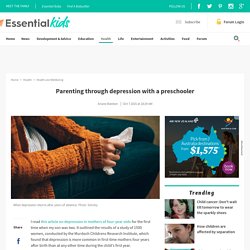 It outlined the results of a study of 1500 women, conducted by the Murdoch Childrens Research Institute, which found that depression is more common in first-time mothers four years after birth than at any other time during the child's first year. Still deep in recovery from postnatal psychosis and depression for which I had been hospitalised on two occasions, four felt, in the words of the poet Sylvia Plath, "far away as health. " When my son turned three, gradually, so very gradually, I found myself re-engaged in life and adjusting to the strange sensation of wanting to live after months and months of wanting to die. 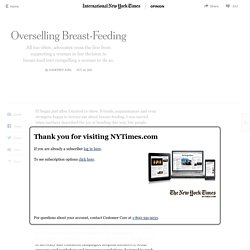 Friends, acquaintances and even strangers began to lecture me about breast-feeding. I was moved when mothers described the joy of bonding this way, but people talked a lot about antibodies, too. One night at a party, a woman I barely knew told me all about colostrum, racial disparities in breast-feeding rates and how I absolutely had to have a hands-free pump. By the time the teacher at our hospital birth class announced that she wouldn’t explain how to use formula because it was against hospital regulations, I was pretty fed up. I Stopped Breastfeeding and Something Snapped Inside Me. How to Read Through the Depths of Postpartum Depression. It was not my strength that wanted nursing, it was my imagination that wanted soothing. 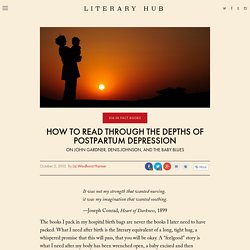 —Joseph Conrad, Heart of Darkness, 1899 The books I pack in my hospital birth bags are never the books I later need to have packed. What I need after birth is the literary equivalent of a long, tight hug, a whispered promise that this will pass, that you will be okay. A “feelgood” story is what I need after my body has been wrenched open, a baby excised and then tethered to me by invisible threads. People magazine is needed. I Survived Postpartum Depression, But it Never Left Me. By Lisa Romeo Survive is a terrible word to use about one’s transition to motherhood. 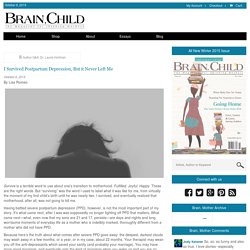 Fulfilled. Lessons in the Old Language. In the very earliest time When both people and animals lived on earth A person could become an animal if he wanted to and an animal could become a human being. 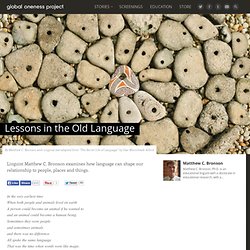 Sometimes they were people and sometimes animals and there was no difference. All spoke the same language That was the time when words were like magic. The human mind had mysterious powers. A word spoken by chance might have strange consequences. Milk Junkies. Climb Out of the Darkness® The Right to Retreat and the Politics of Self-care.

Posted by Rebecca Blakey on Friday, September 4, 2015 · Leave a Comment A conversation between Rebecca Godderis and Joanna Brant September 4, 2015 As colleagues we are both deeply committed to providing care to those who have had traumatic experiences with sexual violence. 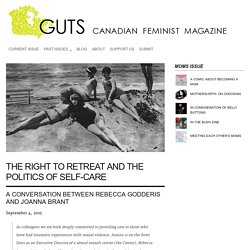 My postpartum depression did not make me a bad mom. Tonight, Sept. 2, the season finale of the year’s best TV show will air. 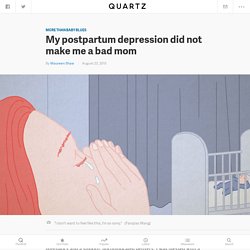 It won’t be on the perennially prestigious HBO or AMC. Instead, it’ll air on USA Network, a cable channel with a middling reputation, previously known best for the glossy legal drama Suits. But USA is living in Mr. Robot‘s world now, and so should the rest of us. Creating a good TV show is preposterously difficult. ART GROUP FOR PREGNANCY AND INFANT LOSS - Vancouver Counselling Therapy. Why No One Invests in Maternal Mental Health. Yesterday I shared some reasons why moms can’t get help for postpartum depression or anxiety. 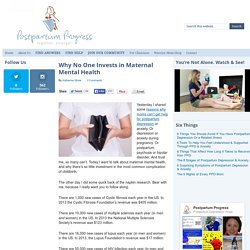 Or depression or anxiety during pregnancy. Or postpartum psychosis or bipolar disorder. And trust me, so many can’t. Today I want to talk about maternal mental health, and why there’s so little investment in the most common complication of childbirth. Why Moms Can't Get Help for Postpartum Depression. Recently on Twitter I said that a lot of moms can’t get help for postpartum depression and anxiety. 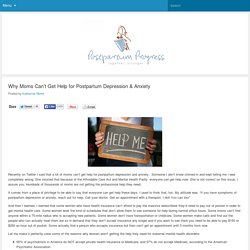 Someone I don’t know chimed in and kept telling me I was completely wrong. She insisted that because of the Affordable Care Act and Mental Health Parity everyone can get help now. She is not correct on this issue, I assure you. Hundreds of thousands of moms are not getting the professional help they need. Why Postpartum Depression In Dads Goes Unrecognized. National Coalition for Maternal Mental Health. Photos du journal - MayCampaign #MomsMatter. Why Dads Need to Learn About Postpartum Depression. I'm Only Having One Child Because I Suffered From Postpartum Anxiety. A premier treatment and professional training center. Beyond Postpartum. GrantMix - Index page. The Misguided Focus on the Germanwings Pilot's Possible Depression — The Atlantic. News reports are focusing on the Germanwings pilot's possible depression, following a familiar script in the wake of mass killings.

But the evidence shows violence is extremely rare among the mentally ill. The story of Tuesday’s Germanwings plane crash, which killed all 150 people onboard, has only gotten more tragic as more details emerge. On Thursday, audio from the plane’s black box showed that co-pilot Andreas Lubitz apparently locked the commanding pilot out of the cockpit, and seems to have intentionally crashed the plane. On Friday, news coverage turned to speculating about Lubitz’s mental state, in an attempt to answer the haunting question that floats above the wreckage of every man-made tragedy: “How could someone have done this?” "Everything is pointing towards an act that we can't describe: criminal, crazy, suicidal,” said French Prime Minister Manuel Valls, according to Agence France-Presse. Depleted Mother Syndrome: What it is and what you can do about it. Whenever I mention Depleted Mother Syndrome (DMS) to a new mom, her first reaction is to chuckle.

“Now there’s a syndrome for THAT too?” , she’d say. But not five minutes into me describing this all too common condition, does she begin to nod her head enthusiastically, and by the end of the meeting DMS has gathered another new fan. Depleted Mother Syndrome was first introduced in the book Mother Nurture - written by Dr. Jan Hanson – a nutritionist, Dr. In a nutshell, Depleted Mother Syndrome (DMS) occurs when demands on the mother increase, and her resources decrease. In other words, her buttons begin to get pushed so quickly and so often that she becomes worn out and frazzled (sounds familiar?) While parenthood can be tough on both parents, it is often tougher on the mother, and the cumulative effect of stress creates physical, and psychological depletion.

Increase In Demands: Decrease In Resources: One of the negative consequences of urban sprawl is isolation. 1. 2. 3. 4. 5. 6. 7. 8. 9. BlankPage.io. Partum me, Solace for Mothers Healing After Traumatic Childbirth. Postpartum Depression and Anxiety: What I Wish I'd Known. I faced it three times before I recognized it. My erratic moods, my worries about every tiny little thing – I had assumed all of these were a normal part of my new life as a mother. Everyone had told me my whole life would change. Get the Facts. Are you feeling sad or depressed? Do you feel more irritable or angry with those around you?

Are you having difficulty bonding with your baby? Do you feel anxious or panicky? Are you having problems with eating or sleeping? Are you having upsetting thoughts that you can’t get out of your mind? Six Things That Can Affect How Quickly You'll Recover from Postpartum Depression - Postpartum Progress. On Choosing To Only Have One Kid - Leonie Dawson - Shining Life + Biz. The Goddess with Post Natal Depression. - Leonie Dawson - Shining Life + Biz. Why We Chose to Stop at One Child  A bowl of buttercream, gin on tap and a Joe shaped 5yr old with a cherry on top please. Then, and only then am I content ….. What Happens to a Woman's Brain When She Becomes a Mother. Doula Services. Study: Postpartum Depression Lasts Longer Than You Think. Pacific Post Partum Support Society - Vancouver, BC Canada.