Our Memories of Hans Rosling. We are sad to report that Hans Rosling, a friend and teacher we both admired a great deal, died February 7. 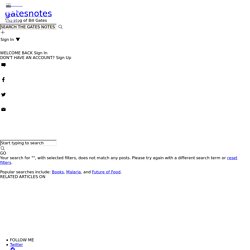 He was 68 years old. Like many people, we first became aware of Hans when he gave a mind-blowing TED talk in 2006. He had spent decades working in public health, with a focus on poor countries, and he used his talk to share some surprising facts about how life is getting better, even for the world’s poorest. This is how we let Hans Rosling rest in peace - HD. Hans Rosling was said to be unable to deliver bad news. 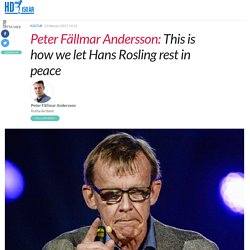 That is a misconception. Three years before passing away, he remarked that the one thing that had surprised him the most during his tenure as a global educator was that he became so famous – despite having so little influence over people’s real knowledge. He realized he was stuck in ”persona hell”, and that people remained ignorant at a level worse than random guessing when they took Gapminder’s tests. Not because of a lack of knowledge, but because of ”an actively upheld ignorance”. He had discovered that people actively had set their minds to remaining ignorant. Hans Rosling had devoted decades to try to throw out our Tintin-like perspective, but kept on having to say ”wrong, wrong, wrong” when the Swedish people answered the question of how many children are born per woman in Bangladesh. Plotly Blog - How To Analyze Data: Seven Modern Remakes Of The... Graphs can be beautiful, powerful tools. 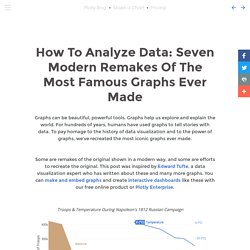 Graphs help us explore and explain the world. For hundreds of years, humans have used graphs to tell stories with data. To pay homage to the history of data visualization and to the power of graphs, we’ve recreated the most iconic graphs ever made. Gallery of Data Visualization - Historical Milestones. Florence Nightingale's Coxcomb diagrams Coxcomb, original (537x462) [37K] || SAS re-creation (486x501) [5K] Florence Nightingale (portrait [41k]) is remembered as the mother of modern nursing. 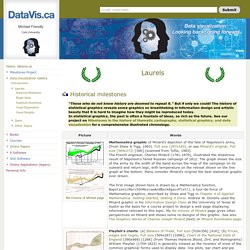 But few realize that her place in history is at least partly linked to her use, following William Farr, Playfair and others, of graphical methods to convey complex statistical information dramatically to a broad audience. After witnessing deplorable sanitary conditions in the Crimea, she wrote Notes on Matters Affecting the Health, Efficiency and Hospital Administration of the British Army. (1858), an influencial text including several graphs which she called "Coxcombs".

This figure (reproduced with SAS/Graph) makes it abundantly clear that far more deaths were attributable to non-battle causes ("preventable causes") than to battle-related causes. Napoleon's March to Moscow: The War of 1812Map representing the losses over time of French army troops during the Russian campaign, 1812-13. 100yrs of Data Visualisation best practice. 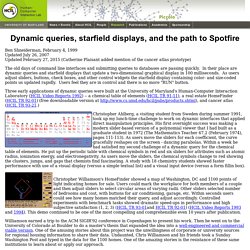 In their place are dynamic queries and starfield displays that update a two-dimensional graphical display in 100 milliseconds. As users adjust sliders, buttons, check boxes, and other control widgets the starfield display containing color- and size-coded points us updated rapidly. Users feel they are in control and there is no more "RUN" button. Three early applications of dynamic queries were built at the University of Maryland's Human-Computer Interaction Laboratory (HCIL Video Reports 1992) -- a chemical table of elements (HCIL TR 91-11), a real estate HomeFinder (HCIL TR 92-01) (free downloadable version at and cancer atlas (HCIL TR 93-21.) Stunning Data Visualizations. The geology of the US, with sumptuous hand-shading that puts most computer-generated maps to shame: Here's a map of different national origins: 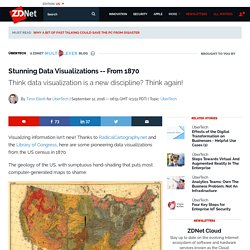 How the Bit Was Born: Claude Shannon and the Invention of Information. “All things physical are information-theoretic in origin and this is a participatory universe… Observer-participancy gives rise to information,” the pioneering theoretical physicist John Wheeler asserted in his visionary It for Bit concept in 1989. 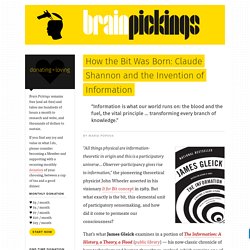 But what exactly is the bit, this elemental unit of participatory sensemaking, and how did it come to permeate our consciousness? That’s what James Gleick examines in a portion of The Information: A History, a Theory, a Flood (public library) — his now-classic chronicle of how technology and human thought co-evolved, which remains one of the finest, sharpest books written in our century, full of ideas fertilized by the genius of a singular seer and incubated in the nest of time and culture into ever-growing prescience. The story of the bit began in 1948, when Bell Labs invented the transistor — a technology that would go on to earn its inventors the Nobel Prize and alter nearly every aspect of modern life.

The Repetitive and Boring History of Visualization – eagereyes. When people talk about the history of data visualization, the same set of names always comes up: Playfair, Nightingale, Snow, Minard. 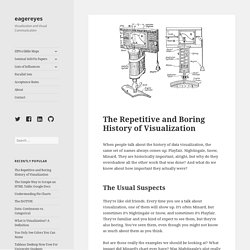 They are historically important, alright, but why do they overshadow all the other work that was done? And what do we know about how important they actually were? The Usual Suspects They’re like old friends. Understanding Uncertainty. Fifty Years of Databases – ACM SIGMOD Blog. Fifty years ago a small team working to automate the business processes of the General Electric Low Voltage Switch Gear Department in Philadelphia built the first functioning prototype of a database management system. 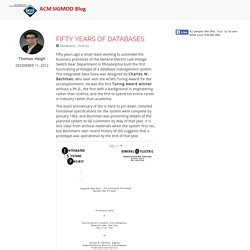 The Integrated Data Store was designed by Charles W. Bachman, who later won the ACM’s Turing Award for the accomplishment. He was the first Turing Award winner without a Ph.D., the first with a background in engineering rather than science, and the first to spend his entire career in industry rather than academia. “This guy’s arrogance takes your breath away” “This guy’s arrogance takes your breath away” Letters between John W Backus and Edsger W Dijkstra, 1979 I was in Washington, DC over Memorial Day weekend, consulting the Library of Congress for a paper I’m writing about the early history of programming languages. 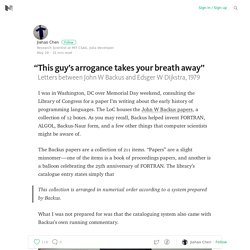 The LoC houses the John W Backus papers, a collection of 12 boxes. As you may recall, Backus helped invent FORTRAN, ALGOL, Backus-Naur form, and a few other things that computer scientists might be aware of. The Backus papers are a collection of 211 items. This collection is arranged in numerical order according to a system prepared by Backus. What I was not prepared for was that the cataloguing system also came with Backus’s own running commentary. Item No. 155 caught my eye as potentially interesting reading. 39 studies about human perception in 30 minutes. Bars and pies for proportions Much is said about the relative merits of bars and circles for showing proportions.

All five of these studies legitimize the use of pie charts when conveying proportions and some even show their superiority over bar charts. I did not encounter any studies that said we should not use pie charts for showing proportions in all cases. Infographics in the Time of Cholera. This poster was published "by order of the Sanatory Committee" in New York City, during the cholera outbreak of 1849. (Courtesy of the New-York Historical Society.) This story originally appeared in “Malofiej 24,” published by the Spanish Chapter of the Society for News Design (SNDE).

The Dataviz Pioneer You've Never Heard of. The most important person in the history of newspaper data visualization is a man you’ve never heard of. His name is William Mitchell Gillespie. 8 Inspirational Data Visualizations to Get You Through the Day. Datavis.ca - Papers. History of Data Visualization. Posted by Andrei Pandre under DV Posts, Post1 Comment. Visualization Milestones. DataArt - Learning Resources. Computer generated visualisation, whilst a relatively new subject area has its roots in a long historical tradition of representing information using pictures in ways that combine art, science and statistics.

This partial visual history includes the development of maps, astronomy, statistical graphics and computers. Further references and sources are given at the end of this section to enable you to develop your own research. Pre-history. Minard: Napoleon's Retreat From Moscow (Russian Campaign 1812-1813) Nightingale's 'Coxcombs' Beginner's Guide to the History of Data Science. John McCarthy - A.M. Turing Award Winner. John McCarthy was born September 4, 1927 in Boston, Massachusetts to immigrant parents. His father, John Patrick McCarthy, was an Irish Catholic who became a labor organizer and later the Business Manager of the Daily Worker, a national newspaper owned by the Communist Party USA.