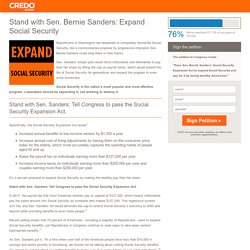 Bernie Sanders could stop them in their tracks. Sen. Sanders’ simple plan would force millionaires and billionaires to pay their fair share by lifting the cap on payroll taxes, which would extend the life of Social Security for generations and expand the program to even more Americans. Social Security is the nation’s most popular and most effective program. Index. By joining our network, you’ll get the latest news on saving species and wild places, our weekly e-newsletter, and the most important actions to take in our fight to protect our planet and wildlife. 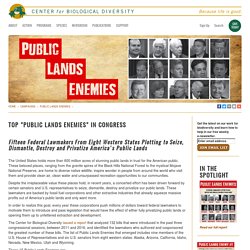 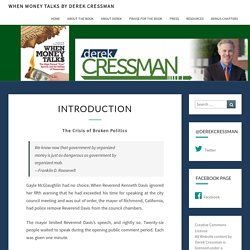 —Franklin D. Roosevelt. Tell Congress: OVERTURN Citizens United. Target: Members of Congress Goal: Pass an amendment to the US Constitution overturning the Supreme Court decisions like Citizens United that have opened the floodgates of unlimited money in our elections. 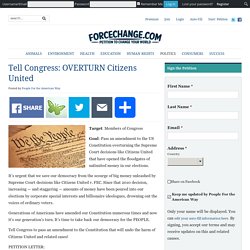 Why is this important? I believe our economy should work for middle class families and not just the 1%. Unfortunately, it's hard to level the playing field when Wall Street CEOs and Hedge Fund Managers are writing their own rules. That's why I'm leading the effort to stop Wall Street's revolving door and am proud to have Senators Elizabeth Warren, Bernie Sanders, and Barbara Mikulski join my fight. The Financial Services Conflict of Interest Act would prohibit the practice of incentivizing private sector employees to take jobs in the government, make federal employees recuse themselves for two years in cases involving their former employers, and close the lobbyist loophole. Tell Congress: Stop the Revolving Door between Wall Street and Washington.

Tell the Secret Service: Stop Abusing Journalists and Policing Free Speech. Bernie Sanders’ climate plan would be awesome if he had a friendly Congress, but he won’t. In a move epitomizing his campaign’s often-questionable political strategy, Sen. 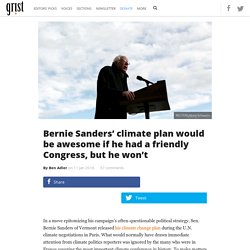 Bernie Sanders of Vermont released his climate change plan during the U.N. climate negotiations in Paris. Stop Charter's Takeover of Time Warner Cable. Can you catch me up to speed on this? 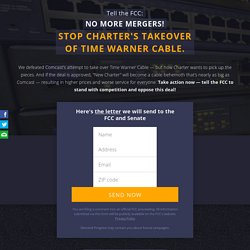 "More competition would be better. " That's what FCC Chairman Tom Wheeler told a room of Big Cable executives earlier this year at an industry gathering — not long after Comcast's attempt to merge with Time Warner Cable failed spectacularly in the face of public outrage. Why Is It So Hard To Prosecute Police for Homicide? Many Americans are shocked to see the grand jury fail to indict the police officer who shot and killed Tamir Rice. 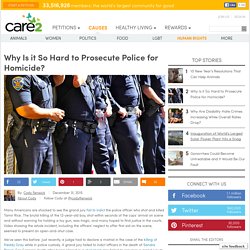 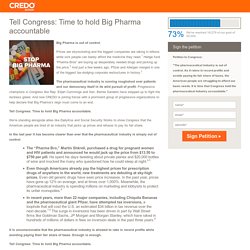 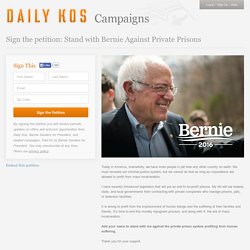 We must recreate our criminal justice system, but we cannot do that as long as corporations are allowed to profit from mass incarceration. I have recently introduced legislation that will put an end to for-profit prisons. My bill will bar federal, state, and local governments from contracting with private companies who manage prisons, jails, or detention facilities. Tell Congress: Ban private for-profit prisons. Sen. 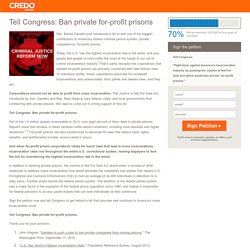 People For the American Way. Friends of the Earth. Will Big Oil Keep Its Subsidies in a Fiscal-Cliff Deal? Fair Elections for New York – Fair Elections for New York. Billionaire CEO Threatens To Fire Employees If Obama Wins. Written by Scott Keyes The CEO of a massive timeshare company sent an email about the upcoming election to his employees yesterday, threatening to fire some of them if President Obama wins re-election. David Siegel, who owns Florida-based Westgate Resorts, sent an email to all his employees yesterday to discuss the upcoming election. Super PAC Tuesday. Candidates: Corporations are not people, and money is not speech. Support a Constitutional amendment to overturn Citizens United. Sign here: Super PACs spent a whopping $12 million on TV ads in the states that voted on Super Tuesday. Republican presidential Super PACs have already spent more on the 2012 elections than all Super PACs spent in 2010. Combined. Romney To Nevadans: I Don't Know 'What The Purpose Is' Of Public Lands (Hint: They Pump $1 Billion Into the State Economy)